Senators Elizabeth Warren and Bob Casey want more federal oversight of the country’s guardianship system following Britney Spears’ emotional testimony about her conservatorship, they wrote in a letter on Thursday.

“Ms. Spears’ case has shined a light on longstanding concerns from advocates who have underscored the potential for financial and civil rights abuses of individuals placed under guardianship or conservatorship,” Warren and Casey wrote in a letter shared exclusively with TIME. “Despite these concerns, comprehensive data regarding guardianship (referred to as conservatorship in some states) in the United States are substantially lacking—hindering policymakers and advocates’ efforts to understand gaps and abuses in the system and find ways to address them.”

Spears has lived under a conservatorship since 2008 when a court granted her father legal authority over her personal life and finances amid concerns about her mental health. Last week, some details about her conservatorship were made public for the first time when the singer asked a Los Angeles judge to end the arrangement. She claimed that over the past 13 years, she had been drugged, forced to perform against her will and denied the right to remove her birth control device.

While the pop star’s words shocked and disturbed her supporters, disability rights lawyers previously told TIME that the level of control she described isn’t unique to her conservatorship. The legal mechanism—in which a court appoints a guardian to manage the affairs of someone who cannot take care of their own needs—is supposed to be one of last resort, used most often for people with dementia or with intellectual or developmental disabilities. But in reality it is “very often the first resort,” according to Zoe Brennan-Krohn, a staff attorney at the ACLU’s Disability Rights Project. Once a conservatorship is put in place, it can only be lifted by a court.

Read More: How Britney Spears’ Case Could Change the Future of Conservatorship

Because each state handles its own guardianship cases, there is wide variation in whether and how data is collected on the process, and there is very limited data at the national level. The National Center for State Courts estimates there are 1.3 million adults under guardianship in the U.S. and that their guardians control about $50 billion in assets. But Warren and Casey’s letter notes that this data is incomplete, which makes it difficult for the government to track disparities in guardianship, determine whether the rates of guardianship are increasing, address abuses in the system or make policy recommendations. The letter asks DOJ and HHS to to respond to these concerns by July 14.

“While guardians and conservators often serve selflessly and in the best interest of the person under guardianship, a lack of resources for court oversight and insufficient due process in guardianship proceedings can create significant opportunities for neglect, exploitation, and abuse,” the Senators wrote. It is “imperative that federal officials work collaboratively with state courts to identify gaps in our understanding of problems with America’s guardianship system and develop solutions to address them.”

Read the full letter below. 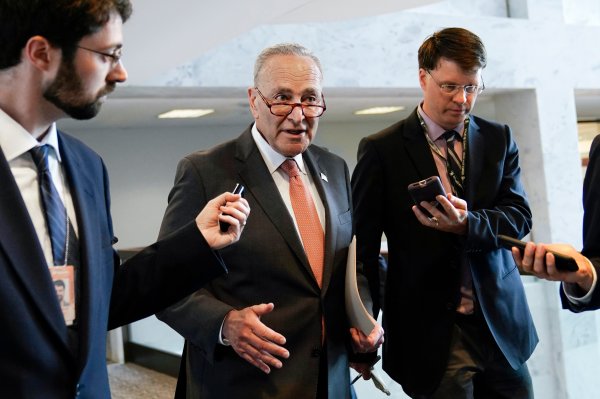 Senate Passes $250B Tech Bill Aimed at China
Next Up: Editor's Pick