Working for J. Edgar Hoover, I Saw His Worst Excesses and Best Intentions

Some people have tough bosses. Back in 1966, mine was one of the most feared men in America. J. Edgar Hoover had been running the FBI for an unfathomable forty-one years on the morning I was scheduled to report for duty as his assistant.

Realizing that there are often equally true but opposed sides to a story was one impetus for sitting down all these years later and writing a memoir of my time working for Hoover. Sure, I’d wanted my grandkids to have a record of what Grandpa had experienced, but it also seemed important, in light of recent events, to remind people that law enforcement usually begins with good intentions. Sadly, and periodically, a gravitational effect works against balance.

The Hoover whose whims I catered to every day—most, admittedly clerical; some highly personal and quirky—could often seem larger than life. To a certain extent, Hoover had earned the fierce allegiance that Bureau agents paid him. He was a sworn enemy of the “bad guy.” And most of the time his sense of who the bad guy was proved spot on. He also could be morally courageous, such as when he’d initially counseled the Roosevelt Administration not to intern Japanese during WWII. But sometimes his zeal and hidebound view of “the real” America as locked in a life-and-death struggle against a range of “subversives” prompted him to cast his investigative net too wide.

On Hoover’s desk sat a notebook containing all the outstanding wiretaps the Bureau then had running. Occasionally, I’d furtively steal a glance at the notebook’s cryptically worded notations. And just down the hall, only yards away, were locked cabinets containing the voluminous “secret files” that made everyone in official Washington weak-kneed as they pondered what might be hiding there. I’m quite sure that the Director never thought he was doing anything less than God’s work.

But, yes, the files clearly overstepped the FBI’s charge to go after the bad guys, containing tidbits on many who’d earned the Bureau’s attention simply because their ideology was then thought of as “liberal” or because these individuals were prominent enough to impede the Director’s aims. When in 2005 there was much fanfare because the National Archives finally brought into its domain Hoover’s privately secreted files for examination by scholars, I couldn’t help remember that the most sensitive files had been destroyed by Mr. Hoover’s executive assistant Miss Helen Gandy days after his death.

When I left my assistant role with the Director and finally went out into the field to execute the Bureau’s marching orders, I felt pangs of conscience. Why, as part of the FBI’s Counter Intelligence Program (COINTELPRO) was I insinuating myself among Students for a Democratic Society (SDS) cells, the better to hear them hatching plans for protests? Sometimes COINTELPRO’S remit, to conduct covert actions against groups deemed to be subversive, made sense (such as when agents infiltrated the Klan), but I wanted no part of eavesdropping on college students. And arresting young soldiers who were absent without leave (AWOL) was so objectionable to me that I had to adjust my moral compass and resist those assignments.

Today, the conversation about law enforcement often seems completely polarized. One side views the police and federal authorities as safeguarders of citizen’s rights. The other side sees men with badges and warrants as reckless, invasive, even homicidal.

I can certainly sympathize with many of the critiques—I had a front-row seat to the FBI’s surveillance of Dr. Martin Luther King, Jr., which a few years earlier had culminated in a Bureau official trying to goad King into suicide amid threats that his infidelities would be exposed. And, as it happened, I was the person who told The Director that the civil rights leader been shot, eliciting a reply that still lingers in my mind after all these years.

But I’ve also walked resolutely into a kill zone, ready to take a bullet for the people I served.

I still remember the day Mr. Hoover’s executive assistant, the aforementioned Miss Gandy, spontaneously leaped across her boss’s office to shield him from what she thought was an imminent sniper’s bullet. The sight burned into me how long a road she’d traveled with The Director, having started with him in his first days with the Department of Justice in 1918, and how much she believed in him.

Excesses, I’ve concluded, can be trimmed, if we work hard enough. People with good intentions can be directed down the right path. America needs law enforcers who are willing to be selfless—ready to put their lives on the line—but regularly there must be sober reflection on what the mission really is. And the more voices that join in the conversation, the better.

Miss Gandy and I sat together at The Director’s funeral a few years after I became a street agent. Notably, no one at the mammoth service in the National Presbyterian Church in May 1972 shed a tear. Isolated in death as he was in life, Hoover wasn’t a perfect human being. He had his share of faults and had suffered his share of failures. He was honored and condemned, respected and despised—yet, for all the vilification, he was a patriot who for better or worse, built the FBI into a professional crime-fighting organization unmatched anywhere in the world. The tragedy is that there was no one powerful enough to ride herd on the man’s worst impulses. 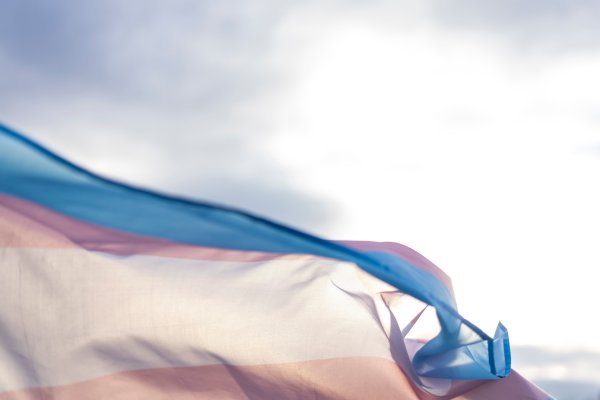 ‘A Serious, Violent Incident.’ Promotion of an ‘Anti-Trans’ Paperback Stirs Criticism of Amazon, American Booksellers Association
Next Up: Editor's Pick