The FBI's Surveillance of Martin Luther King, Jr. Was Relentless. But Its Findings Paint a Fuller Picture for Historians

Martin Luther King Jr. at the Federal Bureau of Investigation to speak with director J. Edgar Hoover, who had recently called the civil rights leader a "notorious liar". The story of the FBI's surveillance and harassment of King is explored in the new documentary 'MLK/FBI'
Bettmann Archive
Ideas
By Benjamin Hedin

Benjamin Hedin is the producer of the documentary MLK/FBI and the author of In Search of the Movement: The Struggle for Civil Rights Then and Now.

We know more about Martin Luther King, Jr. than we do about most historical figures. Monitored at every turn by the FBI, King’s daily activities were recorded with the sort of care and attention to detail normally reserved for occupants of the White House. For the last four and a half years of his life, from 1963 until his death in April of 1968, King lived without any semblance of privacy. His hotel rooms were bugged, his phones tapped, and his office and inner circle infiltrated by informants.

The person who initiated and oversaw this surveillance was J. Edgar Hoover. Convinced King was “the world’s most notorious liar,” the FBI director sought information that would embarrass King and induce him to step aside as leader of the civil rights movement. Given such an agenda, the FBI’s file on King, as you might expect, is shot through with hostility, sexual innuendo, and gossip, with plenty of references to King’s numerous extramarital affairs. Reading it can be a wearying and demoralizing experience. Yet the Bureau’s thoroughness also represents a quandary for historians, for by tracking so minutely King’s travel, speeches, and meetings, the FBI unwittingly preserved material of vital historical interest that may have been lost if they hadn’t pursued King so zealously.

The wiretaps, for instance, often show King wrestling with questions of strategy. In June of 1963 the FBI transcribed a conversation King had with Stanley Levison, one of his closest advisers. “We are on the threshold of a significant breakthrough,” King said, reviewing that spring’s demonstrations in Birmingham, Alabama, where a community-wide protest resulted in the desegregation of the city’s businesses. “We are at the point where we can mobilize all of this righteous indignation into a powerful mass movement.” He and Levison then discuss the potential benefit of staging a large demonstration in the nation’s capital—what would become the March on Washington.

Experience the March on Washington in virtual reality

Reading other reports from the FBI, one becomes privy to the planning sessions for the voting rights movement in Selma, the selection of Chicago as the city to target when King resolves to bring the movement North, and the choice, early in 1968, to carry out massive civil disobedience in Washington, D.C. to dramatize the need for antipoverty legislation. “It is King’s contention,” reads an FBI report dated March 12, 1968, “that the government of the United States does not move until it is confronted dramatically.”

Perhaps nowhere are the logs more valuable than in the way they track King’s evolving attitude toward Vietnam. He first spoke out against the war in September of 1965, calling for the United States to halt its bombing of North Vietnam and attempt a negotiated peace. Many were outraged; Senator Thomas Dodd of Connecticut said King had “absolutely no competence to speak about complex matters of foreign policy.” King recognized the danger of criticizing a war still overwhelmingly popular. “I really don’t have the strength to fight this issue and keep my civil rights fight going,” he confided. “I have to find out how I can gracefully pull out.”

Which he did: for the next year and a half King remained largely silent on the subject of Vietnam, until April of 1967, when he gave a speech at Riverside Church in New York City in which he mourned the war’s casualties in addition to its devastating effects on Vietnamese morale and America’s domestic programs. “If America’s soul becomes totally poisoned,” King said, “part of the autopsy must read: Vietnam.” As in 1965, these remarks were met with almost universal condemnation. King was rebuked both by the national press and his allies in the civil rights movement. FBI wiretaps caught him discussing the backlash on a telephone call.

“The thing is,” King said, “I am to stay in my place and I am a Negro leader and I should not stray from a position of moderation.” By coming out against the war, he goes on, “I figure I was politically unwise but morally wise. I think I have a role to play which may be unpopular.”

In these moments, the FBI’s intentions get away from them, and what the surveillance reveals is not the portrait of who they allege King to be—an ambitious, hypocritical agitator—but a man of renewed moral focus, who has chosen to follow the dictates of conscience even though he knows it will deprive him of the public’s trust. Such disclosures, vivid, firsthand, have the power to complicate our response to the King FBI file. While undoubtedly one of the sadder chapters in American history, “it is ironic,” to say the least, as King biographer David Garrow puts it, that some of “the best evidence of what a selfless human being Martin Luther King was comes from J. Edgar Hoover’s FBI. 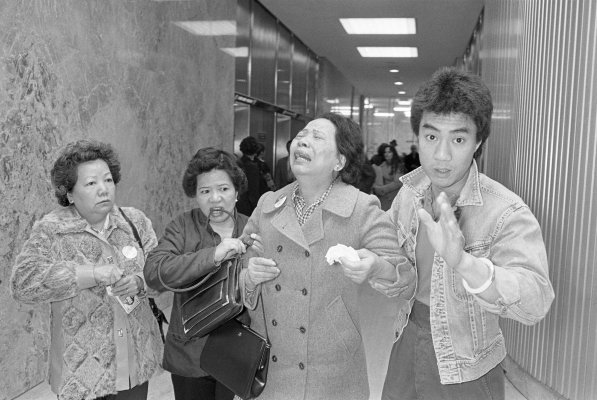 11 Asian American History Moments You Should Know
Next Up: Editor's Pick