The U.S. Spends Less Than Nearly Every Country on Unemployment. That's Why People Can't Get Jobs.

New Yorkers in need wait in a long line to receive free produce, dry goods, and meat at a Food Bank For New York City distribution event at Lincoln Center on July 29, 2020 in New York City.
Scott Heins/Getty Images
Ideas
By Sarah Damaske
Damaske is an associate professor of sociology and labor and employment relations at Penn State. She is the author of The Tolls of Uncertainty: How Privilege and the Guilt Gap Shape Unemployment in America. @sarahdamaske

This is the wrong approach. There is little evidence generous benefits discourage employment. In fact, there appears to have been less job search activity in the states that have ended their use of federal unemployment benefits early. Another study found that when the augmented benefits from the Cares Act expired at the end of July 2020, workers became no more likely to return to work than they had been when they were receiving double the benefit the month before. In fact, the best national level data suggests there are either no or negligible effects of having more generous unemployment benefits on labor supply.

Instead, we need generous benefits to help people find and keep work. Bureau of Labor Statistics reports show that while nearly 15 million Americans are receiving some form of unemployment insurance, there are only 9 million job openings. Despite the rhetoric about labor shortages, there are not enough jobs to go around. People have a difficult time searching for work if they are overwhelmed by a sudden drop into poverty. More generous benefits give workers the time they need to find jobs that fit their skillsets and their family’s needs. After nearly a decade of studying the unemployed, I am certain that the U.S. won’t reach an economic recovery for everyone unless we fix our unemployment system.

The pandemic was particularly hard on low-wage workers, who constituted 80% of the net jobs lost in 2020 and are disproportionately likely to face hardship—even poverty—during a period of unemployment, particularly Black and Latino workers. The supplemental unemployment benefits have done exactly what FDR and his Secretary of Labor, Frances Perkins, designed them to do: spare unemployed workers and their families from material hardship. But they also did something else: help the unemployed return to work.

Five years after the Great Recession, from 2013 to 2016, as part of a National Science Foundation funded research project to understand the social and economic experiences of the unemployed, I conducted a series of repeated in-depth interviews with 100 men and women of varying education levels and occupational backgrounds who had lost a job and were unemployed in the state of Pennsylvania. When I met Tracy, a single mom of two, she had been unemployed for almost three months. Her unemployment compensation was $154 per week. When we discussed what would happen next in her life, she said, “I hope to get back to work as soon as possible.” Yet when I asked about her job search details, she reluctantly shook her head, stating, “I’m not going to lie, I haven’t [looked].”

Tracy’s story sometimes surprises people: Don’t the unemployed need to search for work? Isn’t that need partly driven by state requirements surrounding unemployment benefits? And, perhaps more urgently for Tracy and her kids, isn’t that need driven also by the financial pressure she faced once she was unemployed?

In most states, those who receive unemployment insurance do face fairly rigid job search requirements. Yet neither state mandates nor financial pressures ensure the start of a job search. In fact, I found that the greater the financial pressure, the harder it is to search for work and have a successful outcome. As weekly benefit rates range from only one-third to about half of one’s prior weekly wages (and the minimum allowable benefit is a meager $5 a week), families can find themselves thrown immediately into poverty after a job loss.

When I met Tracy, it seemed like a “good” time to be unemployed. The recession was over, business was booming, and the stock market was headed toward Wall Street’s longest-ever winning streak. But this good news masked troubling trends: five years after the Great Recession ended, the unemployment rate remained over 6%. The long-term unemployment rate (those who have been out of work for over six months) had declined, but was still triple what it had been before the Great Recession. Between 2013 and 2015, 7.5 million Americans still lost jobs.

We should be more generous, not less, with our unemployment benefits. The United States spends less than nearly every other country on its unemployment program. The result is the underfunded and inadequate system that let down so many unemployed this past year. We must seriously consider adopting a federal unemployment system like that proposed in June by labor experts from seven organizations to expand unemployment insurance eligibility, tie benefit duration to federal and state unemployment rates, and make the replacement rates more generous for those at the bottom of the wage pool.

In September, we will return to unemployment benefits funded almost entirely by states that have been relatively ungenerous during non-recessionary periods. This is alarming, as over 40% of the unemployed have been out of work for over six months (a rate unseen in over half a century, except for the Great Recession). It will be hard for those like Tracy to find work in such an economy.

Until we realize that a lack of generosity prevents workers from searching for work, our unemployment system will continue to fail those who need it the most.

Any opinions, findings, and conclusions or recommendations expressed in this material are those of the author and do not necessarily reflect the views of the National Science Foundation. 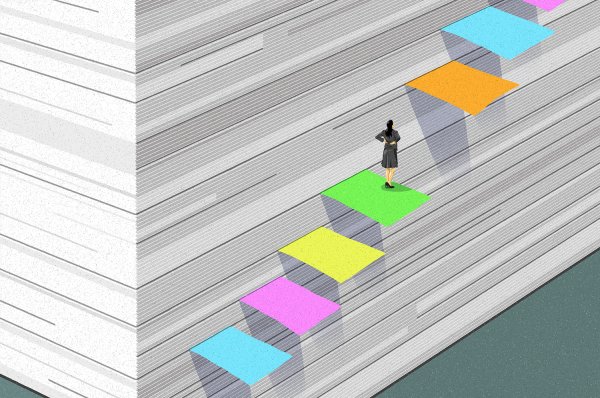 IRS Is Close to Breaking Point as Child Tax Credits Roll Out
Next Up: Editor's Pick