JD Vance, the venture capitalist and author of "Hillbilly Elegy," speaks with supporters after a rally in Middletown, Ohio, on July 1, 2021.
Jeff Dean—AP
By Molly Ball/Cincinnati

“I’m not just a flip-flopper, I’m a flip-flop-flipper on Trump,” J.D. Vance says with a laugh, slicing into a half-stack of breakfast pancakes. The Hillbilly Elegy author and newly minted Republican Senate candidate is sitting at the counter of a Cincinnati diner on July 2, explaining why he thinks he can win.

The prior evening, Vance had launched his 2022 bid at a steel-tube factory in his hometown of Middletown, Ohio, with paeans to the American Dream and blasts of populist rhetoric. “The elites plunder this country and then blame us for it in the process,” he told a crowd of several hundred.

Running for office was a predictable next step for Vance, whose hit 2016 memoir traced his rise from troubled Appalachian roots to the Marines and Yale Law School. Hillbilly Elegy was cited by Hillary Clinton and feted at pointy-headed panel discussions, though some liberals criticized its up-by-the-bootstraps framing. At a time when elites struggled to comprehend Trump’s appeal, Vance’s diagnosis of rural white Americans’ disillusionment with a government and society that had left them behind seemed prescient.

These days, Vance’s persona is more right-wing provocateur than establishment darling. But it’s his stance toward Trump that seems destined to dominate his campaign in a primary that could be a bellwether for the post-Trump GOP. As his rivals strain to outdo one another with displays of fealty to the former President, Vance’s past opposition has been cited as proof of an all-too-convenient conversion.

Vance admits it took him time to come around, but points to his book and commentary as evidence he understood Trump’s appeal before most. “I sort of got Trump’s issues from the beginning,” Vance says. “I just thought that this guy was not serious and was not going to be able to really make progress on the issues I cared about.”

But as the longtime Democrats he grew up with, including his family, embraced Trump, Vance, who voted for independent candidate Evan McMullin in 2016, reconsidered. Once he looked beyond the hysterical media depictions of Trump, he claims, he saw someone changing the debate around issues like China and immigration. In March, the two men held an hourlong meeting brokered by Vance’s friend and former boss Peter Thiel, the Silicon Valley titan who has seeded a $10 million super PAC on Vance’s behalf.

Trump is “the leader of this movement,” Vance tells me, “and if I actually care about these people and the things I say I care about, I need to just suck it up and support him.”

However you define Trumpism, it had a powerful effect in Ohio. Barack Obama took the state twice before Trump won it by back-to-back 8-point margins. The GOP’s conundrum is how to hang on to Trump’s white working-class supporters as suburban and college-educated white voters jump ship. “This is our first post-Trump test case,” says Josh Culling, a Toledo-based GOP consultant. “How many of Trump’s positions have staying power vs. the old Chamber of Commerce priorities of lower taxes, less regulation and smaller government?”

The former President has not endorsed a candidate, leaving Vance’s rivals to compete to embody Trumpian outrageousness. Josh Mandel, who aligned himself with Mitt Romney during his unsuccessful 2012 run, now gets himself suspended from Twitter for posting about “Mexican gangbangers” and “Muslim terrorists.” Jane Timken, a Harvard-educated lawyer and longtime GOP donor, also tries to channel the former President’s furies.

To some Ohio Republicans, the field is not inspiring. “There’s a significant void,” says Republican state senator Jay Hottinger, who has served in the legislature for more than two decades, of “serious candidates that are trying to address the real issues and talk about potential solutions.” Hottinger would prefer someone like Senator Rob Portman, the straitlaced fiscal conservative whose retirement created the vacancy Vance hopes to fill.

Vance thinks the party is looking for a new direction. “Rob’s a good guy and he’s done a lot of good, but he’s sort of out of alignment with where a lot of voters are right now,” Vance tells me at breakfast. “He’s a cautious guy, and the voters are not in a cautious mood.”

Vance, 36, believes he has a finger on the pulse of this new GOP, for whom Fox News host Tucker Carlson and Missouri Senator Josh Hawley are role models. “Voters really want us to do something about the tech industry,” he tells me by way of example as the server delivers his plate of bacon. It’s not uncommon, he says, for people to approach him “and say things like, ‘I love what you said, but why don’t we break up these companies and put all the CEOs in jail?’”

Vance is a venture capitalist with deep ties to Silicon Valley, but says knowing the industry will help him figure out how to fix it. He answers charges of hypocrisy by pointing out that Thiel is a conservative outlier: “It’s not like I’m being funded by Mark Zuckerberg.” When I ask if any of the policies he favors would affect Thiel adversely, he replies, “Oh, absolutely, I think Peter should pay higher taxes,” and lets out a big laugh.

In his Middletown speech, Vance excoriated corporations for not paying their fair share to the country that’s given them so much: “Who built the roads and bridges that allow you to do your business?” The sentiment echoes Obama, but when the former President said, “If you’ve got a business, you didn’t build that,” in 2012, conservatives lambasted his “demonization” of industry.

Vance supports free markets, but only to a point. “This is a mistake of the modern conservative movement, to say, Well, these are private companies; we have to keep our hands off,” he tells me. “I do generally think that cutting people’s taxes is a good thing. On the other hand, when there are companies that have effectively rigged the economy- such that they pay a lower tax rate than my middle-class sister, that’s not fair.”

Vance favors punitive tariffs and pulling out of Afghanistan, and he’s taken up the faddish right-wing crusade against critical race theory. He won’t say the 2020 election was stolen, exactly, but contends it was “unfair.” “I think Josh Hawley did the right thing,” he says of the Senator’s objection to certifying electoral votes on Jan. 6. Nor does he think Trump deserved to be impeached over the insurrection. “There were some bad apples on Jan. 6, very clearly, but most of the people there were actually super peaceful,” he says of a riot that left five dead and more than 100 police officers injured. “Some of them were, like, let into the Capitol by the police officers!”

As for his evolution on Trump, Vance describes it as an awakening. “It’s sort of a—what is the word people online use—-blackpilling or redpilling or whitepilling,” he says. “I’m not trying to cop his style. But when you stop trusting what the press is saying in the same way, it does have a transformative effect on the way you see not just Donald Trump the man, but the whole movement.” 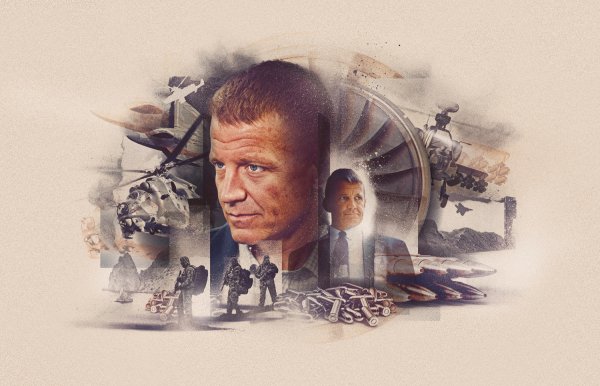