Facebook won a major victory this week when a judge dismissed two lawsuits that argued the social media giant was a monopoly. But critics of Big Tech hope the rulings will be just the leverage they need to update antitrust laws that still have legal grounding in the effort to break up Standard Oil more than a century ago.

Monday’s ruling means that Facebook, for now at least, is safe from being forced to spin out its WhatsApp and Instagram subsidiaries into separate businesses.

Facebook’s stock market valuation surged to more than $1 trillion for the first time ever as investors reacted to the news—a rise of nearly 5%.

But Facebook is not out of the woods yet. The court noted in its ruling that competition watchdog the Federal Trade Commission (FTC) could refile an amended complaint with more evidence within 30 days. And in Washington, bigger threats are brewing.

What did the ruling say?

The decision, by the Federal District Court in Washington, D.C., was based on its finding that the FTC had failed to make the case that Facebook has a monopoly over the social network market.

“The FTC’s complaint says almost nothing concrete on the key question of how much power Facebook actually had, and still has, in a properly defined antitrust product market,” Judge James Boasberg wrote in his ruling. “It is almost as if the agency expects the court to simply nod to the conventional wisdom that Facebook is a monopolist.”

The court also dismissed a separate lawsuit against Facebook by 48 state attorneys general, who argued that Facebook had engaged in a systematic strategy to eliminate threats to its monopoly by acquiring WhatsApp and Instagram.

Read more: The Facebook Antitrust Case Is a Vital First Step. But More Needs to Happen

“We are pleased that today’s decisions recognize the defects in the government complaints against Facebook,” a company spokesperson said in a statement. “We compete fairly every day to earn people’s time and attention and will continue to deliver great products for the people and businesses that use our services.”

A new era for antitrust?

The court’s ruling is a blow to the FTC’s case, but experts say it could lend momentum to lawmakers and Biden Administration officials who are on record as saying that current antitrust laws, which have not been used successfully against a large tech company since a case against Microsoft in 2001, are outdated.

“The decision reinforces the belief among many in Congress, both Democrats and Republicans, that current law governing conduct by dominant firms is inadequate,” says Bill Baer, President Obama’s antitrust Assistant Attorney General from 2013 to ’16. “This has already increased the momentum of efforts to alter our century-old laws against monopolization.”

“Anybody on the internet knows that Facebook has monopoly power,” Sen. Elizabeth Warren, (D-Mass.), who ran for the Democratic ticket in 2020 on a promise to break up the company, wrote on Twitter after the ruling. “They control 85% of social network traffic, bulldoze competition, and undermine our democracy. We need stronger antitrust laws to #BreakUpBigTech and finally unwind mergers like Facebook, WhatsApp, and Instagram.”

Under current antitrust laws, complainants must first define a market, then prove that a company has monopolized that market, then show that the company has abused its monopoly. The FTC called Facebook’s market “personal social networking services,” and alleged Facebook has a “60%-plus” share in that market. But the court ruled that the FTC had not provided enough evidence to back up its claim that Facebook had such a large share, calling the assertion “vague” and “too speculative.”

The FTC will have the opportunity to refile its complaint with more evidence. But critics of Big Tech in the White House and Congress want to change the rules entirely, removing some hurdles that agencies must clear in order to take action against tech giants. This, they say, would stimulate competition, allowing smaller businesses to compete on a more level playing field against the larger tech companies.

President Biden has made appointments indicating that he won’t be sympathetic to tech giants either. Earlier this month Lina Khan, a 32 year-old legal prodigy, was sworn in as Biden’s pick for FTC chairperson.

Lina Khan, then a nominee for Commissioner of the Federal Trade Commission (FTC), speaks at a Senate Committee on Commerce, Science, and Transportation confirmation hearing on Capitol Hill on April 21, 2021 in Washington, DC.
Photo by Saul Loeb-Pool/Getty Images

Khan first gained wide attention in her field in 2017 with the publication of a research paper in which she argued that monopolistic practices in the tech industry should not be measured by consumer price increases alone. Prices have been a conventional indicator under American law of whether monopolies are harmful since the inception of antitrust rules in the days of John D. Rockefeller’s Standard Oil.

But Khan argued that they are an outdated measure in the era of Big Tech. Amazon, for example, may offer lower prices to consumers, but only by using tactics that damage the wider economy by leveraging its market dominance—such as its privileged access to data—to crowd out competitors, Khan argued.

In March, Biden appointed Tim Wu, another critic of anticompetitive conduct by Big Tech companies, as his special advisor for technology and competition policy.

It’s not just the executive branch that is making moves on antitrust. Congress is also examining a clutch of new proposals that would give regulators greater powers to rein in big tech companies like Facebook, Amazon, Google and Apple. One of them seeks to beef up the FTC’s funding, allowing it to undertake more investigations into potential violations of monopoly law. The FTC’s 2021 budget of $330 million, for instance, is a fraction of that of the Securities and Exchange Commission ($1.9 billion), which regulates financial markets.

The other bills would make it easier for the government to break up anticompetitive companies and could place the burden of proof on big companies like Facebook to prove that mergers are not anticompetitive, rather than on authorities to prove that they are. One bill would force companies to make it easier for users to take their data and move it elsewhere, in a step lawmakers hope will lower the barriers to competition.

The proposals are similar in scope to others that are being drafted in the European Union and United Kingdom. The E.U.’s antitrust chief, Margrethe Vestager, has been influenced by Khan’s work, and on June 16 said, “I look very much forward to our cooperation,” raising the prospect of transatlantic collaboration toward reining in big tech.

Despite Monday’s setback, there could still be a future for the FTC’s current case against Facebook.

In Washington, Democrats and Republicans seem to be in more agreement than in many other public policy areas when it comes to tackling the outsize power of Big Tech companies, notes Baer, who is also a former FTC official. “But assuming that agreement can’t be reached on changes to antitrust laws, the judge in this case did leave the door open to the FTC to come back with greater specificity what market Facebook is accused of dominating, what its market share is in that market, and left open the possibility of proceeding with the challenge to Facebook’s prior acquisitions of WhatsApp and Instagram.”

Khan, the new FTC chair, is likely to be able to reframe the complaint in a way that will satisfy the judge, Baer says. But even if that happens within the 30 day timeline stipulated by the court, it will be a long time before any final decision is made on Facebook being forced to divest from WhatsApp or Instagram.

“If there is a new complaint and if the judge accepts it, we are still at the beginning of a years-long process,” Baer says. There will be a trial, and then almost certainly an appeals process. “This will be a very lengthy and, no doubt, a very contentious process.” 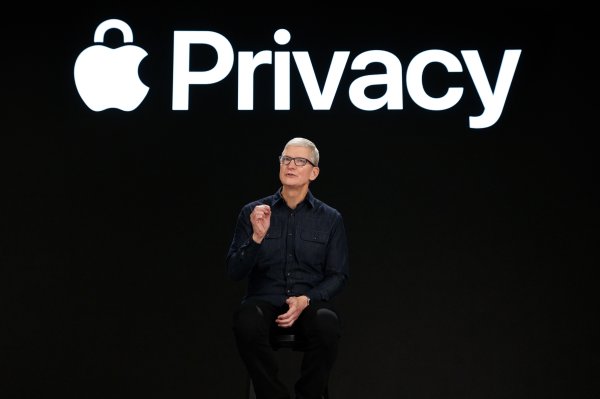 Apple Doubles Down on Its Push for Privacy at WWDC
Next Up: Editor's Pick