In the early 2000s, China’s most famous gay lifestyle, health and dating blog was being run by a police officer.

By 2011, Danlan had become so popular that Ma could no longer keep his identity a secret, which the softly spoken 43-year-old now calls “a blessing in disguise.” Forced by his bosses to choose between his work and his passion project, Ma abandoned an almost two-decade career in law enforcement and founded the tech company BlueCity. Its flagship dating app, Blued, today has 63 million registered users worldwide.

Last July, BlueCity debuted on Nasdaq with an $85 million IPO as the world’s most popular LGBTQ+ dating community. Although it has yet to turn a profit, losses have narrowed considerably since paid memberships, live streams and ads were introduced.

“At the beginning, I just wanted to do something for myself and my gay friends,” Ma tells TIME in his Beijing office, festooned by rainbow flags and featuring meeting rooms named after gay luminaries like Oscar Wilde. “I never thought things would get this big.”

The success of Blued underscores the strides that the LBGTQ+ community has taken in a nation where homosexuality was illegal until 1997 and classified as a mental illness until 2001. While Ma was in the police force, the common perception was that being gay was “perverted, a mental illness,” he says—it was something to be “treated” by invasive therapies like electric shocks.

Ma’s work has helped break down the stigma and isolation by allowing LGBTQ+ people to share advice and experiences. But it has been a long, often agonizing journey. Even now, Blued is frequently decried as pornography and a forum for sordid hook-ups. At times, it has been blocked by the authorities for content that could only be imaginatively described as risqué. in 2019, after media reports of underage users, Blued paused new user registrations and pledged to tighten age and content controls.

“All discrimination comes from ignorance,” says Ma. “My strategy was to keep communicating with people, sharing my story, my confusion, my loss, my setbacks in the early years. And those same people became my friends in the end.”

In recent years, Ma’s work in AIDS awareness has helped polish the image of Blued and spurred official recognition. He has been involved in advocacy since 2008, when some of his friends revealed they were HIV positive. Today, Blued users can access healthcare information and 7,000 testing centers across China. “A lot of people in China, especially in big cities, increasingly know how to protect themselves from HIV/Aids,” says Ma.

Photos of Ma meeting Chinese Premier Li Keqiang and Michel Sidibé, the former executive director of UNAIDS, now adorn his Beijing office. “That the government recognized the importance of our work in this field is very encouraging,” says Ma. “Being a policeman also helped me as I know how to work within the system.”

In 2013, Blued began overseas expansion. It is already the market leader in many Asian countries and has grown rapidly in markets like Mexico and Brazil. “In the future, we aim to see more growth in North America and also Europe,” says Ma.

The U.S., however, might be a tough nut to crack. Ma emphasizes that BlueCity is certified according to the highest ISO/IEC 27001 data security protocol and abides by all local laws and regulations. But Chinese tech firms remain under special U.S. scrutiny. Last year, Chinese gaming giant Beijing Kunlun sold L.A.-based gay dating app Grindr after the U.S. Committee on Foreign Investment in the United States (CFIUS) warned that Chinese ownership constituted a national security threat. The CFIUS expressed concern that data from Grindr’s 27 million users—including private messages and HIV status—could be accessed by the Chinese government and potentially leveraged for blackmail.

Privacy remains a key issue in China, too. The country is home to an estimated LGBTQ+ population of some 70 million—larger than the entire population of France—but the U.N. believes that less than 5% of LGBTQ+ Chinese come out to friends and family.

Participants of the ShanghaiPRIDE run pose for pictures during a break on the Bund in front of the financial district of Pudong in Shanghai on June 13, 2015.
JOHANNES EISELE/AFP via Getty Images

China has publicly voiced its support for gay rights at the U.N., and the ruling Chinese Communist Party has no official doctrinal opposition to homosexuality, but the country remains a heteronormative society that stresses cis-gendered, nuclear-family values.

In 2017, China’s legislature, the National People’s Congress, allowed same-sex “legal guardianship,” so that homosexual couples could make important decisions for each other regarding medical care, property rights, and so on. But two years later the same body refused to allow same-sex marriage, despite acknowledging that it was among the most popularly requested legal reforms. Same-sex couple adoption is also forbidden, while LGBTQ+ culture has been discouraged or even banned on mainstream and social media. Even something as harmless as the Freddie Mercury biopic, Bohemian Rhapsody, aired in China with gay scenes excised.

“It’s a mishmash,” says Darius Longarino, a senior fellow at the Paul Tsai China Center of Yale Law School who studies LGBTQ+ issues in China. “The overall political environment is closing and tightening and making it more and more difficult for society to thrive and create change.”

Surrogacy is another issue that has come under the spotlight. Although it is illegal in China for medical providers to offer such services, there are no firm rules against Chinese nationals using them overseas and Blued had been offering advice and contacts to LGBTQ+ couples seeking to have children through these means. But in January, a famous Chinese actress was accused by her estranged boyfriend of abandoning two surrogate babies in the United States. The scandal prompted a public outcry and even condemnation by the Central Committee of the Communist Youth League of China. Blued quietly dropped its popular “Blue Baby” section.

Read more: China’s LGBTQ+ Citizens Are Coming Out as an Economic Force

It’s a difficult situation for Ma, who had a son—now a “very, very naughty” five-year-old, he jokes—via a surrogate in the U.S. himself. He points out that the shrinking of China’s population could be alleviated if gay and lesbian couples were allowed to have children through surrogacy. Having sons would also allow gay people to placate conservative families, who would be willing to accept their lifestyles as long as they could still provide an heir.

Other setbacks have intensified recently. In 2019, events to commemorate the International Day Against Homophobia, Biphobia and Transphobia were banned in some cities and universities. Last year, the organizers of Shanghai Pride announced they were halting operations after a hugely successful, decade-long run in the city. “We had probably grown to a scale that was catching too much attention,” says co-founder Raymond Phang.

In January, meanwhile, an official study by the Shanghai Center for Disease Control claimed that some men had “turned gay” because of factors like an inability to meet women’s high material requirements for marriage. “In the critical period of sexual orientation formation, schools and parents should pay attention to sexual health education and guide the students to a correct view of marriage and values,” it advised.

Nevertheless, for Ma the overall environment for the LGBTQ+ community is undoubtedly better than when he was young. “Today, gay people live in a much better social environment—there’s a dramatic change,” he says. “A lot of the young generation are quite happy with where they are and comfortable with their identity.”

This picture taken on December 10, 2020 shows BlueCity CEO, Ma Baoli (R), talking to an employee at the BlueCity headquarters in Beijing. -
NOEL CELIS/AFP via Getty Images

Advancing LGBTQ+ healthcare during the pandemic

These days, Ma is making strides where he can. BlueCity’s business model is increasingly split between dating and healthcare, with the latter’s revenue up eight times year-on-year to $1.75 million in the last quarter of 2020. “I want people to see us as a company which serves the global LGBT community, not only online, but also offline services,” says Ma.

In April, BlueCity obtained a license to offer online diagnosis from expert physicians, and real-world prescriptions, including next generation antivirals and pre-exposure prophylaxis, or PrEP, medications that reduce the risk of contracting HIV. It’s especially invaluable for the million or so Chinese who are living with HIV, but who may not have access to the latest drugs and therapies via their regular health services, especially in smaller cities.

Read more: What Asia’s LGBTQ+ Movement Can Learn From Japan

It was a need spotlighted by the COVID-19 pandemic, when lockdown conditions meant that many people living with HIV couldn’t receive the drugs they needed to stay healthy. “It was really actually killing them,” says Ma. BlueCity organized volunteers to dispatch medicines and share information about where treatment was available. Overseas, the firm worked with NGOs in places like India, Brazil and Mexico to donate gloves, masks, sanitizers and self-testing HIV tool-kits, given that regular services were inaccessible.

It’s work that Ma believes is true to his core mission.

“I want to send a message to the gay community that when you are young, you might feel lost and confused sometimes,” says Ma. “But love, partnership and family always give you hope and courage.” 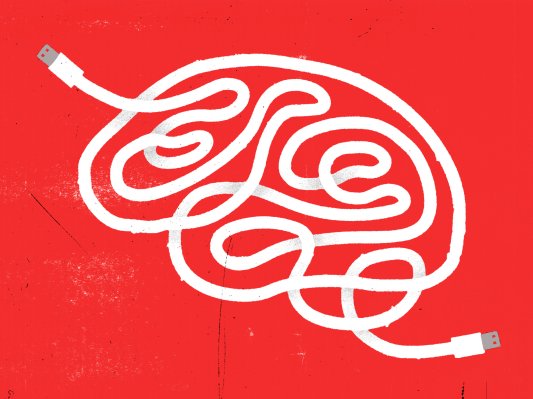