For years, critics of the college sports business model—which tends to enrich schools and administrators, but not the actual players—have relished the potential of this day: a Supreme Court ruling against the NCAA. But while today’s unanimous Court opinion on behalf of college athletes in NCAA v Alston is historic for momentum towards real real change in college sports, for the good stuff, go to Kavanaugh.

As in, the concurring opinion of Supreme Court Justice Brett Kavanaugh, who took a sharp turn from the measured approach in criticizing NCAA arguments offered in the principal opinion penned by Justice Neil Gorsuch. This shouldn’t be entirely surprising. During oral arguments in the case, which questioned whether the NCAA was permitted to cap education-related benefits to college athletes—a district court ruled that it couldn’t, and the Supreme Court upheld that decision—Kavanaugh was particularly aggressive in his questioning of NCAA lawyers. “It does seem … schools are conspiring with competitors—agreeing with competitors, let’s say that—to pay no salaries for the workers who are making the school billions of dollars on the theory that consumers want the schools to pay their workers nothing,” Kavanaugh said during the March 31 proceedings. “And that just seems entirely circular and even somewhat disturbing.”

In his opinion, Kavanaugh seemed to invite more legal challenges to the NCAA’s caps on all forms of compensation for athletes, not just those tethered to education, which was the narrower focus of this particular Supreme Court case. “Nowhere else in America can businesses get away with agreeing not to pay their workers a fair market rate on the theory that their product is defined by not paying their workers a fair market rate,” Kavanaugh wrote. “And under ordinary principles of antitrust law, it is not evident why college sports should be any different. The NCAA is not above the law.”

Those words, from a Supreme Court justice no less, serve as a useful rallying cry, sure to be quoted by lawyers representing college athletes, and college athletes themselves, for years to come.

Not that a ruling that allows schools to offer athletes additional education-related benefits like scholarships for graduate school, internships, and computer equipment isn’t of great importance on its own. First, these items are intrinsically valuable to college athletes. And second, the timing of a Supreme Court victory for college athletes couldn’t be better, as they fight for additional economic rights. On July 1, state laws allowing athletes to profit from their own name and image in likeness (NIL) are set to go in effect in Alabama, Florida, Georgia, Mississippi, New Mexico and Texas. The NCAA has pushed for the Congress to pass a national NIL law by July 1, but that’s unlikely to happen: the NCAA is expected to vote on its own NIL legislation this week.

Although the Court did not rule on the rights of athletes to secure third-party sponsorships in NCAA vs Alston, it did strike down the NCAA’s continued reliance on language from a 1984 Supreme Court case to justify its commitment to curtailing compensation. In that case, NCAA v Board of Regents of University of Oklahoma—which pertained to the rights of sports conferences to negotiate their own television rights deals—Justice John Paul Stevens wrote for the majority: “The NCAA plays a critical role in the maintenance of a revered tradition of amateurism in college sports. There can be no question but that it needs ample latitude to play that role, or that the preservation of the student-athlete in higher education adds richness and diversity to intercollegiate athletics and is entirely consistent with the goals of the Sherman Act.”

The Court, Gorsuch wrote, “could not agree” with the NCAA’s longstanding argument that, essentially, amateurism must be maintained because it says so (and that a 37-year-old Supreme Court opinion justifies this stance). “These remarks do not suggest that courts must reflexively reject all challenges to the NCAA’s compensation restrictions,” the Court writes in NCAA v Alston. “Given the sensitivity of antitrust analysis to market realities—and how much has changed in this market—we think it would be particularly unwise to treat an aside in Board of Regents as more than that. This Court may be ‘infallible only because we are final,’ … but those sorts of stray comments are neither.”

And the markets realities cannot be clearer. “At the center of this thicket of associations and rules sits a massive business,” Gorsuch writes, noting the $1.1 billion annual worth of the March Madness broadcast contract, and that the TV deal for the College Football Playoff is worth $470 million per year.” Those who run this enterprise profit in a different way than the student-athletes whose activities they oversee. The president of the NCAA earns nearly $4 million per year. Commissioners of the top conferences take home between $2 to $5 million. College athletic directors average more than $1 million annually. And annual salaries for top Division I college football coaches approach $11 million, with some of their assistants making more than $2.5 million.”

So while the Court was careful not to officially settle the debate about whether athletes have rights to all forms of compensation—agreeing with an appeals court that “the national debate about amateurism in college sports is important. But our task as appellate judges is not to resolve it. Nor could we.”— a reasonable takeaway from the Court’s seems clear: the current model is badly broken.

Kavanaugh makes things even clearer. “The NCAA couches its arguments for not paying student athletes in innocuous labels,” he writes in the concurring opinion. “But the labels cannot disguise the reality: The NCAA’s business model would be flatly illegal in almost any other industry in America. All of the restaurants in a region cannot come together to cut cooks’ wages on the theory that “customers prefer” to eat food from low-paid cooks. Law firms cannot conspire to cabin lawyers’ salaries in the name of providing legal services out of a “love of the law.” Hospitals cannot agree to cap nurses’ income in order to create a “purer” form of helping the sick. News organizations cannot join forces to curtail pay to reporters to preserve a “tradition” of public-minded journalism. Movie studios cannot collude to slash benefits to camera crews to kindle a “spirit of amateurism” in Hollywood.”

He also cites a brief, filed by a group of African-American Antitrust Lawyers, that squarely frames the issue as a civil rights one. “College presidents, athletic directors, coaches, conference commissioners, and NCAA executives take in six- and seven-figure salaries,” Kavanaugh wrote. “Colleges build lavish new facilities. But the student athletes who generate the revenues, many of whom are African American and from lower-income backgrounds, end up with little or nothing.”

The Supreme Court may not have “blown up” college sports with one swipe of the pen. But college athletes will soon get their fairer share thanks to the Court. 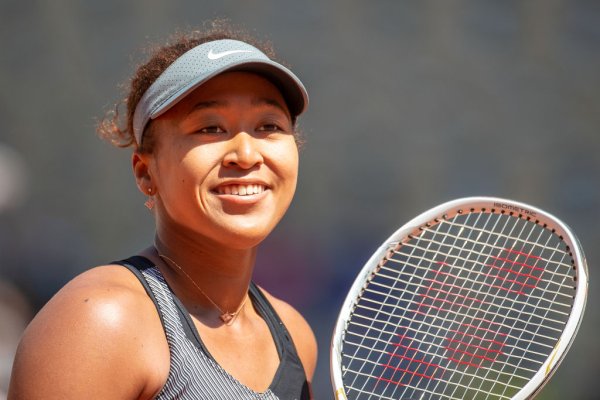 Brands Back Naomi Osaka in Sponsor-Athlete Evolution
Next Up: Editor's Pick