Moses Moody #5 of the Arkansas Razorbacks scores against the Baylor Bears in the Elite Eight round of the 2021 NCAA Division I Men's Basketball Tournament held at Lucas Oil Stadium on March 29, 2021 in Indianapolis, Indiana.
Jamie Schwaberow—NCAA Photos/Getty Images
Ideas
By Patrick A. Bradford, Denver G. Edwards and Tillman J. Breckenridge
Patrick A. Bradford and Denver G. Edwards are partners in the law firm of Bradford Edwards & Varlack LLP. Tillman J. Breckenridge is the principal at Breckenridge PLLC as an appellate attorney who practices before the Supreme Court and other appellate courts.

The NCAA basketball tournament—commonly referred to as March Madness—is a beloved ritual in college athletics and the capstone of the athletic year. “Bracketology” fuels water cooler conversations and on-line chat rooms, and when Barack Obama was President, White House predictions about who would win it all. After the final buzzer sounds, we impatiently wait for college football season to start. As fans consume action on the field or hardwood, a different reality exists for the so-called “student-athletes” who generate billions for the NCAA and are paid in “scholarships.”

The NCAA’s Athletic Industrial Complex that exists for Division 1 football and basketball is built on commercial exploitation that we, as Americans, would find unacceptable elsewhere. That edifice is before the Supreme Court in an academic antitrust case which will be argued on March 31. But the Court should not overlook that real players’ lives are impacted; and real harms occur each season that last a lifetime. Support for paying market rates to Division I football and basketball players is consistent with ideals of this nation—equity, justice, freedom, and free market principles. Some players are now woke to the system that yokes them in serfdom, and have recently spoken out on social media via the #NotNCAAProperty campaign.

This is a civil rights struggle. Congress is also considering new laws to protect the economic rights of these star athletes. Standing between Division I college athletes and their fair compensation is a legal fiction, now accepted by the courts: Fans will not want to watch college games on TV if the players are paid fair market value for their athletic labor. The concept, though laughable, is the only justification the NCAA and its member not-for-profit colleges assert for violating the antitrust laws against price collusion. Of course, the fact that the majority of the superstar players—who are being robbed of millions of dollars—are Black makes the legal fiction easier to sustain.

The Court now has the opportunity to address this economic exploitation once and for all. The case of NCAA v. Alston is now in the Supreme Court, on appeal from a Ninth Circuit decision in favor of the players. The limited issues on appeal involve the lower court’s elimination of certain NCAA restrictions on education-related benefits such as tutors, computers, science equipment, and musical instruments, finding that these limitations are not needed to maintain fan viewership. The case has drawn legal briefs from over twenty groups, including the U.S. Justice Department, historians, and pro football and basketball players’ associations asking for the Ninth Circuit’s decision to be affirmed. We joined a group of fellow Black lawyers who specialize in antitrust law, asking the high court to uphold the Ninth Circuit, and to take the extra step of eliminating all NCAA restrictions on player compensation.

Associations like the not-for-profit NCAA can create new products and services, and so under the antitrust laws, their price collusion is not banned as illegal outright. Rather, courts conduct a 360-degree analysis, called the “Rule of Reason” analysis, considering all relevant factors. First the relevant antitrust market must be defined. Here the “market” is for the athletic labor of college players. The players must show conduct that violates the antitrust laws. Without the NCAA’s rules, certain Division I football and basketball players would make millions of dollars, and others would make enough to buy food, support their families or enjoy other advantages of a competitive wage. The trial court found that the NCAA’s rules constitute price collusion which violates Section 1 of the Sherman Act (1890). The NCAA did not challenge the court’s finding.

As a second step, the NCAA must offer a procompetitive justification for its price collusion. The NCAA says that consumer demand for watching the games is the justification. According to the NCAA, paying players more than certain education-related expenses would blur the line between college and pro games, and lead to a decline in college game viewership.

This justification is silly, and nobody reasonably believes it. Even if viewership did fall off, which is highly unlikely, we believe it is irrelevant. We believe that there is an inverse relationship between the not-for-profit mission of the NCAA and its member colleges—the use of sport to augment a college education—and the procompetitive justification of TV viewership and the money it generates.. The NCAA and its member schools have permitted the billions of dollars it makes to decimate the educational life of its players. The money pays for million-dollar salaries for coaches, administrators, sports facilities, and subsidizes non-revenue sports. Winning games on TV increases alumni giving and merchandising sales. The NCAA also generates revenue from video licensing and players being required to wear certain shoe brands, and other decals of brands. All this money means that coaches, administrators and even some faculty demand that players spend most of their college lives on sports. The pressure is enormous, and anybody who has played a team sport at any level will understand the pressure to conform.

The required commitment to football and basketball hits Black athletes especially hard. They graduate at a rate of up to 19% less than their white teammates. And even when Black players graduate, they struggle to find gainful employment upon which to build a future. Professional teams will select less than 4% of Division I football and basketball players. What happens to the 96% who do not make it? We know of far too many former Black Division I players who are just scrapping by in life—uneducated and their athletic talents now worthless. If they had been paid fair market value for their college sports contributions, their life prospects would have been favorable.

We believe that our analysis is consistent with previous Supreme Court decisions. The Court analyzes anticompetitive conduct in relation to that which is necessary for the association to perform. In NCAA v Bd. of Regents (1984), that Court ruled that the selling of football games in the TV market was not an activity that required the NCAA to coordinate. Member colleges could do this on their own. In American Needle v. NFL (2010) the Court ruled that the NFL’s teams did not need to sell their merchandise through one agreed upon source. Rather, each team could make this marketing decision independently.

At a minimum, the Supreme Court should affirm the Ninth Circuit’s decision. Additional support for Division I players will provide marginal benefits for educational growth and may help athletes gain a bit more from their college experience. But the marginal benefit is dwarfed by the life-changing benefits that would accrue to Division I football and basketball players if the free market were permitted to operate. Star players would potentially gain millions of dollars to help their families.

Courts have currently interpreted the antitrust laws to enable the NCAA to withhold hundreds of millions of dollars from Black players and their families annually. Among these players are the approximately 96% who will not go pro, and for whom a college athletic scholarship, where they are expected to subordinate education to athletic performance, is more akin to peonage.

While Alston v. NCAA has been presented as a dry antitrust case, it is actually part of a long history of America’s economic exploitation of Black people. Withholding money from the Black community that would be paid to Black athletes if market collusion were outlawed is, unfortunately, a continuation of historic exploitation which helps ensure that Black communities remain economically subjugated. Because no right-thinking person believes that paying Division 1 football and basketball players will lead to declines in television viewership for their games; and because that viewership and its billions decimates the educational opportunities of these players, the NCAA’s rules limiting player compensation should be stricken.

A version of this piece was previously published on Eurweb.com 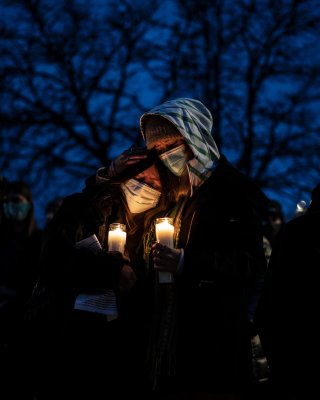 We Must Treat Gun Violence as a Public Health Crisis
Next Up: Editor's Pick