When they arrived on Netflix in January, the first five episodes of the action-packed French thriller Lupin became instant must-see television. The series was viewed by more than 70 million households within its first month on the streaming service, and landed on the platform’s number one spot in their top 10 rankings across the globe, from Brazil to Germany to the Philippines. Its success, particularly in the United States, spoke to a growing appetite for foreign-language television, with viewers anxiously awaiting the next installment of the series.

The wait is finally over as Lupin: Part 2 makes its debut on June 11 with Omar Sy back as the quick-witted thief Assane Diop. The first five episodes of the series found Assane avenging his father’s death—and the next five bring us right back into the action with the protagonist doing whatever it takes to protect the ones he loves most. Like the first part of Lupin, the series jumps between timelines, from Assane’s coming-of-age to his life in the present day as an adult, and continues to show the influence that one very special book had on his life.

That book, Maurice Leblanc’s Arsène Lupin, Gentleman Burglar, provides a roadmap of sorts to a young Assane. While Netflix’s Lupin is not a strict adaptation of this book, it uses Leblanc’s work and his central character to inform many of Assane’s choices and motivations—as is noted early on by a savvy police detective whose coworkers refuse to take his theories seriously. The Lupin books are quite popular in France, but are less known in other parts of the world. Here’s what you need to know about them, as well as the life of their author and the many adaptations of Lupin that predate the Netflix series.

Read more: If TV Is the New Film, We Need More Shows Like Lupin

In 1905, author Maurice Leblanc first introduced the world to his fictional French thief with the publication of his short story “The Arrest of Arsène Lupin.” The character went on to appear in 17 novels and 39 novellas in narratives that detailed a wide range of adventures and mischief. Several of those stories were used as inspiration for the Netflix series, with some plot points taken directly from the text. Leblanc released his first collection of short stories, Arsène Lupin, Gentleman Burglar, in 1907. This is the same book that Assane receives as a child from his father in the first episode of Lupin. “He could have picked ‘The Count of Monte Cristo,’ he could have picked a lot of other French books, [but] that’s the one he chose for his son in that moment and it becomes a guidebook for an attitude for life,” Lupin creator George Kay told Variety in January. In the same episode, years later, Assane gifts the same copy to his son Raoul.

Arsène Lupin, Gentleman Burglar consists of eight short stories that showcase Lupin’s skills as a thief and his many heists. In one, “The Queen’s Necklace,” which bears similarities to the plotline regarding the royal necklace in episode one, Leblanc reveals that Lupin pulled off his first burglary at just six years old. Though it’s centered on stealing the piece of jewelry, this story is different from what happens in Lupin: in Leblanc’s story, Lupin steals from his cousin, the Duke of Dreux-Soubise, and there is no big heist pulled off at the Louvre (like in the show). There’s also “The Escape of Arsène Lupin,” which seems to have inspired Assane’s escape from prison in the second episode of the series. Almost all of the Lupin books were published in the first half of the 20th century, and were hugely successful in France. The final installment of the Lupin books, The Last Love of Arsène Lupin, was published posthumously in 2012 after being discovered by one of Leblanc’s descendants more than 70 years after his death.

Lupin’s cultural significance in France has been likened to that of Robin Hood or Sherlock Holmes. Lupin actually debuted at the height of Holmes’ popularity—and Leblanc even wrote the iconic British detective into his fiction (though Holmes’ name was later changed after author Conan Doyle reportedly complained about his character being used without permission). Even before the Netflix series, the books have remained influential all over the world, particularly in their home country. Thousands of copies sell every year, according to Forbes. “Lupin is so French that you cannot grow up in France and not know who is Arsène Lupin,” Sy told Variety.

Before writing Lupin, Leblanc was a journalist with a background in poetry and law. His first novel, “A Woman” was published in 1887 to moderate success. (It was completely unrelated to Lupin in subject.) An obituary of the author in the New York Times in 1941 noted that he felt he had “no knowledge” of crime when he was asked to write a short story about it by his editor Pierre Lafitte. “From this almost accidental beginning came one of the most successful careers in contemporary French letters, culminating in the ribbon of the Legion of Honor, and international fame for the impudent hero who has taken his place in public estimation with Sherlock Holmes and other universally admired heroes of fictional crime,” the Times wrote.

What to know about the Lupin adaptations

While the Netflix series has put Lupin back in the spotlight in 2021, there have been numerous adaptations of Leblanc’s work from film to television to comic series. Notably, it served as inspiration for the manga Lupin III, the Japanese artist Monkey Punch’s popular series that followed the grandson of Lupin. The series, which began in 1967, became its own media franchise, generating anime television series, films, video games and more. Takashi Yamazaki’s film Lupin III: The First, the first of the Lupin III series to feature CG animation, was released in the U.S. late last year and followed Lupin’s grandson in the aftermath of World War II on a quest to find an important diary before a group of Nazis found it first.

While Lupin III was Monkey Punch’s own creation—the character never appeared in Leblanc’s fiction—the manga artist ran into copyright problems. “For several years, because of copyright claims by Leblanc’s estate, the character was renamed Edgar, the Burglar Detective, in France, and Wolf or Rupan in Great Britain and the United States,” the Washington Post included in an obituary for Monkey Punch in 2019.

But the adaptations date back much further than Lupin III: In 1930, there was an operetta performed in Paris centered on the gentleman thief. There have been many movies, from all around the world, from Jack Conway’s 1932 film Arsène Lupin starring John and Lionel Barrymore to a more recent adaptation, the 2004 French film Arsène Lupin with Romain Duris as the eponymous man of mischief. These films are more direct adaptations of Leblanc’s work, whereas the Netflix series is guided by plot points from the books (Assane is notably not a copycat of Lupin, but is greatly influenced by him).

What to expect from Netflix’s Lupin in the future

Part one of Lupin ended with a cliffhanger, and part two begins in the immediate aftermath. The five new episodes of the series were filmed alongside the previous five, and offer more insight into the character of Assane and his motives. While part two digs deeper into Assane’s background, creator George Kay told Vanity Fair shortly after part one’s premiere in January that he was thinking about future episodes. “There’s a lot that’s worked out in [season two], but not all the details,” Kay said.

And Sy seemed to confirm that another installment of the series was on its way after a journalist tweeted out a website featuring Assane’s name that announced: “Assane Is Always One Step Ahead.”

With dozens of Leblanc’s stories at their disposal, Netflix’s Lupin has plenty of source material to work with for episodes—or seasons—to come. 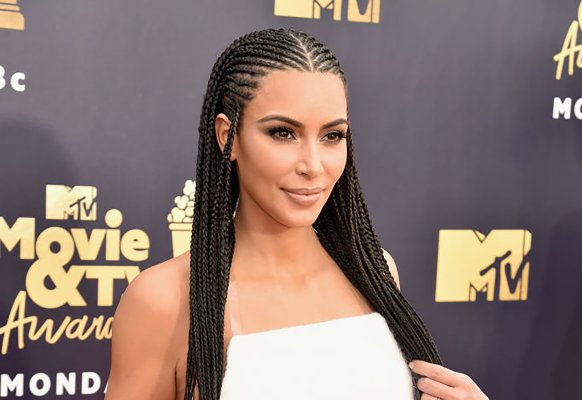 The Kardashians' Legacy of Blackfishing and Appropriation
Next Up: Editor's Pick