(The interview below was delivered to the inbox of Leadership Brief subscribers on Sunday morning, June 6. To receive weekly emails of conversations with the world’s top CEOs and business decisionmakers, click here.)

When a former Democratic Secretary of the U.S. Treasury raises alarm bells about the potential harmful consequences of the current President’s economic policies, it raises home-team hackles. Larry Summers, who served as Treasury Secretary under Bill Clinton and director of the National Economic Council under President Obama, has emerged as a leading cautionary voice about how heavy government spending can trigger damaging levels of inflation. The crux of his worry is a pronounced lack of faith in the Federal Reserve’s ability to bring an overheated economy under control by raising interest rates without a costly recession.

There are signs the economy is heating up—the stock market is booming, the housing market is surging and a range of companies are reporting very strong results. Yet almost 10 million Americans are unemployed (unemployment is 5.8%) and there were still nearly 8 million fewer jobs in May than pre-pandemic levels. The Biden Administration is betting that these pressures are temporary, that price increases will abate and that unemployed workers will eventually fill the record vacancies. Summers, who was a member of Obama’s economic team during the Great Recession, is concerned that inflation will persist, leading the Federal Reserve to raise interest rates sharply, which could cause a costly economic downturn.

Summers, who is currently the Charles W. Eliot University Professor at Harvard University and the Weil Director of the Mossavar-Rahmani Center for Business & Government at Harvard’s Kennedy School, joined TIME for a video conversation on the risks of inflation, labor and supply-chain shortages, and speculative froth and cryptocurrencies.

What was your reaction to President Biden’s $6 trillion budget proposal?

There’s no question that we need substantial increases in public investment, substantially more attention to sustainability and preserving the planet, substantially more focus on the needs of children, particularly children from lower-income and middle-class families. And that we need to take better care of our seniors. And so I think President Biden’s judgment, that this is the moment for a large-scale increase in public investment, is correct. I would have a number of questions and issues in the details, but the policy impulse is very much the correct one.

What do you think the biggest threat facing the economy is right now?

The long-run threat is that we will cease to be one effective country. Whether that’s a failure of public investment in everything ranging from collecting the taxes that are owed—where there will be $7 trillion in taxes that are owed but not paid over the next decade; that is a huge loss to the government … [and] a huge source of injustice because most of the nonpayment comes among the highest-income Americans. Whether it is the fact that at the early stage, we were dependent on other countries for masks, and we were not well prepared for a pandemic, despite the fact that there had been repeated warnings that a next pandemic would come. Whether it is the fact that it takes half an hour longer on the schedule to fly from Boston to Washington than it did when I first started taking the trip regularly 40 years ago, because our air traffic control system and our airport infrastructure hasn’t kept up. All of those things. In our society, as gaps in the educational opportunities between fortunate and less-fortunate children increase, as the life-expectancy gaps between the higher-income and lower-income parts of the population explode … This falling apart of society is our greatest long term threat.

And does the new budget address that?

I think that’s what the President’s program is trying to address in many powerful ways. I do think that it is also important, and it is important for the sustainability of the progressive enterprise, that it be managed in a macroeconomically prudent way. And I am concerned that we are injecting more demand into the economy than the potential supply of the economy is likely to work out to be. And that will generate overheating. That filling up the bathtub feels great, but if you don’t stop it in time, the bathtub overflows. And it’s much harder to clean up than it would have been to prevent. I have expressed the concern for some months now that we are overheating the economy. And unfortunately, the inflation data has come in way above consensus forecasts.

What about the argument from within the Administration that these are blips causing the inflation?

There are transitory factors that go in both directions. Housing has been a sector that in the price indices is holding the inflation statistic way down. But in reality, Americans are experiencing maybe the fastest housing price inflation ever. For the first time ever, a majority of houses are selling above their asking price … I see housing as a potential source of accelerating inflation. Usually, the idea is that as demand picks up relative to supply, inflation tends to accelerate. People are looking in a serious way at a quarterly growth rate for the second quarter that might exceed 10%; as that plays through the system, there are likely to be more bottlenecks and more shortages. There’s certainly a real chance that it will all work out. But I think that policy needs to be made balancing risks. And when every restaurant one eats at, every store, every CEO one talks to, are saying that labor is in desperately short supply, it’s probably right.

And the stock market?

I’m also concerned about inflation in asset prices, where there’s increasing evidence of speculative froth, in particular markets like the SPAC [special purpose acquisition companies] market and like the recent events in cryptocurrency. What I fear is that we’re pouring water into that bathtub much too fast.

How does this play out? What is the negative scenario?

The more overweight you get, the more painful your diet has to be. Ultimately we will correct this. The more the correction is delayed, the greater the disruption and dislocation.

It tends to be the case that sophisticated people are better able to configure their affairs to hedge themselves against inflation. Inflationary policies tend to disproportionately burden the poor and the middle class relative to the wealthy. And anybody who’s relying on a fixed nominal payment like a pension, is likely to find themselves worse off at periods in which inflation accelerates.

Do you think there’s any aspect of this that the Administration is letting the economy run hot because it’s effectively a way of giving lower-paid workers a raise?

We all want the economy to be as hot as it sustainably can be. It is the last hired, first fired group that is going to be most sensitive to that. It is also that group that has the biggest stake in our avoiding an unnecessary recession caused by a period of overheating.

The more overweight you get, the more painful your diet has to be.[/time-pullquote]

Why do you think employers are having a difficult time filling jobs right now?

In many cases it’s because they [workers] can earn more money while incurring less cost and less effort collecting unemployment insurance. In some cases it’s because of their responsibilities to their families. And because of what’s happened in markets there’s clearly been a lot of people who retired early during COVID. They are now not going to unretire. So I think it’s a concatenation of factors, but there’s not much question what the outcome is.

Finance Ministers from the Group of Seven nations have been generally receptive to President Biden’s call for a global minimum tax on corporate profits. Do you think level-setting international tax rates is a good idea?

How likely do you think that is to be successful? Every country has the same issues, right?

I would be very surprised and disappointed if there is not a meaningful improvement in international tax cooperation that derives significant revenue.

We are in the longest bull market in history, approaching 10 years. You mentioned speculative froth: Where are you putting your money these days?

I think it’s a fool’s game to try to outguess which way markets move. People lose as much money, getting out of markets too early as they save. My strong advice to your readers and my own practice is to think about risk and set a weighting across different assets, and to stick with it and not try to juggle it around with respect to current economic conditions. The group of people who became very alarmed last spring, they managed to sell at the trough and missed a huge opportunity to do well in the stock market. So I would strongly caution against market timing.

Look, the blockchain is a fundamentally important innovation that will be part of our economy for a long time to come. It will be to the 21st century what alternating current was to the 20th century, something that makes all kinds of things possible. The particular cryptocurrency assets are highly speculative vehicles enormously dependent on changes in sentiment. We have not seen the end and we may not have seen the beginning of the end of their extraordinarily volatility. There’s a case that they have a small role in portfolios as a diversification asset, but nobody should confuse them with any kind of bedrock of safety, or as a central way in which to hold wealth.

What are you hearing from CEOs regarding their biggest concerns about the economy?

People feel the economy is extremely strong right now, but they worry about whether they can fill the orders they’re getting. They worry how long the orders are going to come. So I think the feeling is, It’s great while it lasts. 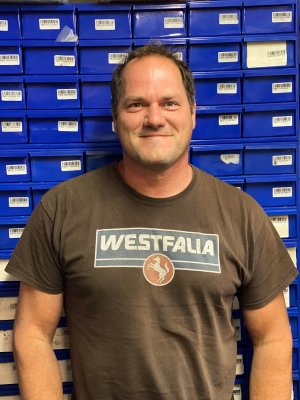