President Joe Biden enters the rose garden to give remarks May 13, 2021.
Tasos Katopodis/UPI/Shutterstock—Copyright (c) 2021 Shutterstock. No use without permission.
By Philip Elliott

Washington is a place of patterns.

A new President takes office. He — and, this newsletter will note that it’s always a he, until it’s not — runs his first Hundred Days, an utterly arbitrary marker that drives political operatives nutty. He gives his first speech to Congress. He barnstorms the country chasing ideas that seem possible in the first-term halo. Barack Obama got Obamacare. George W. Bush got the No Child Left Behind education overhaul. Bill Clinton chased a healthcare revamp.

But at some point, the helium in his political balloon goes flat. And that’s when the inertia of D.C. kicks in. Either things come grinding to a halt, as was the case back when Hillary Rodham Clinton’s healthcare plan ran smack dab into a partisan roadblock, or the resistance decides the White House isn’t the enemy, as was the case when Ted Kennedy sat down with Bush 43 and enacted one of the most ambitious education reboots since the 1960s.

Biden is at the fulcrum. Either he’s going to get his double-barrel plans for infrastructure and for family support done. Or he’s not. There are either going to be a stretch of new bridges dedicated to unlikely allies like Lisa Murksowski, Susan Collins, Mitt Romney and Joe Manchin, or not. He may be able to bring along backing in exchange for the Cornyn Interchange and the McConnell Terminal or he won’t.

Biden is pursuing bipartisan buy-in on a big-ticket package that would build roads, create green jobs, put the youngest students in classrooms before kindergarten and offer young adults two years of free college. All week, the White House have been aggressively courting Republicans on these planks, meeting in the Oval Office with Congress’ so-called Big Four — the top Democrats and Republicans in the House and the Senate — to look for potential areas of compromise. Biden, a 36-year veteran of the Senate and another eight-year incumbent on the west front of the West Wing, is still chasing common ground where none may exist.

Biden’s pitch follows a familiar cadence. He, Vice President Kamala Harris, their spouses and the Cabinet are hitting the road to build voter support for the big ideas. They’re doing back-to-back interviews to make it seem like these options are common-sense and attainable. It’s tough to open a social-media app without being bombarded with a digital campaign in support of the agenda. Unlike a budget resolution, a tax cut or even a war declaration, this persuasion campaign is aimed at building pressure on GOP and moderate Democratic lawmakers alike to get onboard. The goal, clearly, is to make inaction unacceptable.

Biden’s allies on the outside — in unions, advocacy groups and trade associations — are clearly anxious to get this going, too. Left-leaning groups have been pushing wavering Democratic lawmakers to fall in line, and none more so than Senators Manchin of West Virginia and Krysten Sinema and Mark Kelly of Arizona. That trio is still holding out hope for bipartisan support that would spare them the indignity of looking like partisan hacks when they next face voters back home. But left-leaning allies are fast losing patience with those three Senators — as well as a White House bent on finding consensus where none may exist.

“Americans overwhelmingly support the biggest, boldest government investment in creating good jobs, especially the home and community-based jobs that would create the most racially diverse middle-class with more gender balance than our nation has ever seen,” Service Employees International Union (SEIU) President Mary Kay Henry said yesterday on a call with reporters. Her union and others are pushing members to lobby their lawmakers to get behind Biden’s infrastructure plan — in no small measure because the billions being discussed would fund labor jobs.

That undercurrent of self-interest is motivating a lot this push at the moment. There are deep, deep piles of government money to build these roads, pay these teachers and staff the social programs. Progressive groups and the Professional Left — the activists who have made careers out of their political pursuits — have been increasingly urgent in pushing this White House to act. Their patience for bipartisanship is coming to an end. They were respectfully deferential for Biden’s first hundred days, surprised at times that he was not the middle-of-the-road sell-out they had feared. But that is starting to find a limit.

“We need to put aside these false notions of bipartisanship with the Republican Party that is just trying to delay this,” says Rahna Epting, the executive director of MoveOn.

So as Biden is out there trying to find common ground, the groups on the Left are making their own pitch, one that is grounded in hard data. For instance, Biden’s infrastructure plans are highly popular across the political spectrum. His family plan is less popular, but not prohibitively so. Yet Republicans in Washington seem hellbent on stopping those plans. And that is where Biden and his allies are of the same mind: the fight for these ambitions may be won well outside the Beltway and away from Congress. But it will take those under the Capitol dome to realize what they’re risking if they misread the mood of their constituents. It may also take Biden finally deciding which path he wants to pursue. He can take just one of the forks. 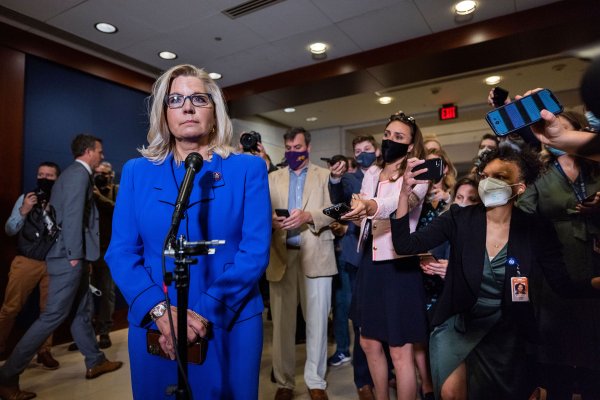