“Am I a businessman or an artist?” asks the legendary fashion designer Halston, just as the second act of his career is taking off. It’s a question most creative workers eventually have to answer—one that has haunted some of TV’s best characters, from Mad Men’s Don Draper to Cameron Howe of Halt and Catch Fire, and must also weigh on the writers who create them. Sadly for Halston, played as a glamorous chameleon by an admirably game Ewan McGregor, he’s posed it to the wrong person: powerful fashion publicist Eleanor Lambert (the wonderful Kelly Bishop, a.k.a. Emily Gilmore). “Do you have to choose?” she replies. “Yes, I probably do,” he sighs. But then he lets his expensive lifestyle and monster ego decide for him.

Halston, an intermittently fascinating but mostly frustrating five-part drama from the House of Ryan Murphy that comes to Netflix on May 14, traces an arguably brilliant man’s futile attempt to serve two masters. Directed by Daniel Minahan (American Crime Story) and based on Steven Gaines’ biography Simply Halston, the miniseries opens with a glimpse of Roy Halston Frowick’s unhappy 1930s childhood in Indiana, where he fashions hats to soothe his mother’s heartbreak, before touching on his first career as a milliner whose fortunes rise and fall with Jackie Kennedy’s taste for pillbox hats. It really gets going, though, once he reinvents himself as a women’s wear designer. McGregor combs back his hair, slathers himself in bronzer, starts wearing dark sunglasses indoors and, practically overnight, becomes the human embodiment of ’70s excess.

Murphy and Co. had their work cut out for them in distilling decades of the Studio 54 staple’s eventful life into just five episodes. No wonder the result is a mixed bag, squandering rich materials through shoddy construction. The production design is exquisite. Halston recreates historic moments like the 1973 France-vs.-U.S. fashion showdown at Versailles in elaborate detail. But even in quotidian settings, the series uses color in a way that has real emotional resonance. In one early scene, a striking scarlet gown captures the designer’s bold ambitions; episodes later, in Halston’s overstimulated ’80s, the same intense color invades his own wardrobe and office decor. Blood-red carpets are certainly a choice.

From a narrative standpoint, the show is best when dramatizing his emotionally intense friendships with female artists like Elsa Peretti (an elegant Rebecca Davan) and Liza Minnelli (Krysta Rodriguez, electrifying). Liza’s authentic warmth is such a refreshing antidote to Halston’s chilly artifice that a full-on dual portrait might have worked better to deepen both characters. Depictions of his male lovers and creative collaborators feel slight by comparison. All told, the subject reads as a textbook narcissist—which is only a problem because the beauty and significance of his designs remain largely unexplored. We’ve seen so many characters with similarly difficult personalities recently, in real life and in fiction, that it’s hard to care where Halston’s roller-coaster career ends up. A greater understanding of his supposed genius would have made it considerably easier.

This is the kind of true story that lends itself to cliché, and to their credit, Murphy’s team declines to deliver some of the most egregious possible scenes: the cocaine-fueled meltdown, the agonizing death from AIDS, Andy Warhol’s nightlife menagerie. But for the most part, the man who helped usher in an Ultrasuede future is constructed from materials we’ve seen many times before: an outsider running from childhood trauma. A drug problem that starts, for a man who works all day and parties all night, as a drug solution. The Faustian bargain that is sacrificing artistic ideals for cash money. If anyone is wrestling their own demons through Halston, we can only conclude that the conflict remains unresolved. 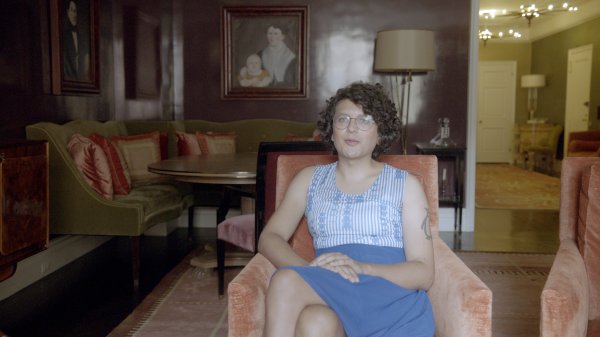