The Quest to ‘Have It All’ Isn’t New. History Is Full of Mothers Who Changed the World While Taking Care of Their Children

The Gilbreth family, including mother Lillian Gilbreth, a pioneering scientist, sits atop a see-saw in Nantucket, Mass., in 1923.
Bettmann Archive
By Nina Ansary

The notion that mothers can simultaneously nurture their children and their careers is often seen as a modern phenomenon, an indication of how far women have come in the march toward gender equity. But in fact, history is full of mothers who reached beyond the domestic sphere—courageous women who overcame societal barriers and changed the world for people far beyond their own children.

The inspiration for Mother’s Day herself, Ann Jarvis, was a social activist and pioneer in the public-health movement in the U.S. As a mother living in an Appalachian coal-mining community in the 1800s, Jarvis suffered the loss of not just one, but eight children. Determined to combat high infant-mortality rates in the area, Jarvis began to organize Mother’s Day work clubs that provided desperately needed education, medicine and supplies. After the Civil War began, Jarvis leveraged her clubs to provide food, clothing and medical care to soldiers. Jarvis’ impact was so powerful that she inspired her daughter to campaign for a national holiday honoring mothers, which President Woodrow Wilson formalized in 1914.

During the same period in which Jarvis was fighting for the health of children and families, Frances Ellen Watkins Harper was fighting for the rights of African Americans and women. Born to free Black parents in 1825, she joined the abolitionist movement after Maryland passed a law declaring that free African Americans who entered the state would be imprisoned and sold into slavery. Harper became a prolific writer of abolitionist poetry, short stories and novels, and was published so often in anti-slavery newspapers that she is regarded as the “mother” of African American journalism. In 1860 she married and became a mother herself, but her husband died just four years later. Harper supported her daughter by delivering abolitionist and feminist speeches throughout the U.S. and Canada—among them, a seminal speech on the intersection of racism and sexism that inspired generations of activists to come.

In the early 1900s, Lillian Gilbreth also raised her children alone after her husband’s death – all twelve of them. Gilbreth was a woman of “firsts”: first woman to receive the Hoover Medal for significant public service by an engineer, first woman to become a member of the Society of Industrial Engineers, and first female psychologist to be featured on a U.S. postage stamp. During the course of her nearly 70-year career, Gilbreth broke one societal barrier after another. Her accomplishments in psychology, engineering and organizational management were so vast she is considered one of the founders of industrial engineering. She not only advised six successive U.S. presidents, but also improved surgical operating procedures and invented many of the staples we rely on in today’s kitchens, from refrigerator door shelves to the pedal-operated trash can.

Despite achieving historic milestones, these resilient mothers and so many more like them, are not exactly household names. Why does that matter?

As civil rights activist Marian Wright Edelman once said, “it’s hard to be what you can’t see.” Too often, women are led to believe that the ability to work while raising children is a sign of just how far we’ve come. This is mistaken on two counts. First, even today, there are many ways in which we haven’t come all that far: lack of access to paid maternity leave and affordable childcare still make it difficult for American women to “have it all.” And at the same time, examples of ways women throughout American history managed to do both, even at a time when mothers were expected to stay home, is often—like so much of the history of women and other oppressed populations—hidden.

The systemic obstacles that keep many women from striking a happy balance between work and motherhood are real. But lack of awareness of the women who defied such obstacles, and in so doing pushed the boundaries of society’s prescribed role for women, is, paradoxically, an obstacle too.

Extensive evidence points to the importance of role models in combating stereotypes and fostering change. In their 2018 study “Who Becomes an Inventor in America?” a team of five economists examined the lives of one million inventors to see whether genetics or environment played a bigger role in their career path. What they found surprised them. While genetics, gender, race and socioeconomic class did indeed play a part, the biggest factor was actually childhood exposure to inventors. Children who encountered inventors personally in their daily lives—whether in their homes, schools or communities—were far more likely to become inventors themselves. The authors even concluded that if little girls were exposed to female innovators at the same rate as boys are to male innovators, “female innovation rates would rise by 164 percent.” This in turn, would slash the gender gap in innovation by more than half.

Rooting out ingrained bias is one of the most challenging aspects of gender equality efforts. We can pass laws and demand reform, but changing minds and mindsets is more subtle. Mothers are uniquely poised to drive that change.

Ann Jarvis noted this herself after the Civil War. She and other mothers not only lost sons and husbands to the war, but also witnessed its toll on those who survived. Jarvis understood that this devastation would exist in every home—Union or Confederate—and that made mothers ideal agents of peace. For her, coordinating friendship groups that brought together Americans who had so recently gone to war with one another was a natural outgrowth of her role in her own family.

On this Mother’s Day then, in addition to honoring the women who have had such a profound impact on our lives personally, let’s take a moment to recognize the lost mothers of history—the pioneering women who found a way to pursue vocational goals in spite of daunting challenges; the women whose names we may not recognize, but whose impact we feel even today.

Nina Ansary is a historian and a U.N. Women Global Champion for Innovation. She is the author of Anonymous Is a Woman: A Global Chronicle of Gender Inequality (Revela Press/March 2020) and Jewels of Allah: The Untold Story of Women in Iran (Revela Press/2015). 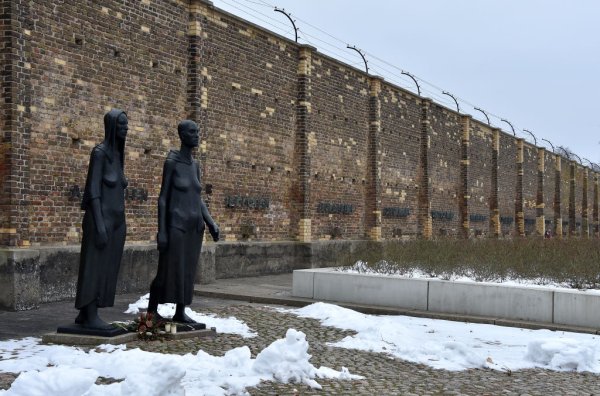 The Hidden Stories of Women’s Heroism in World War II
Next Up: Editor's Pick