Protesters Demanded Justice for Nina Pop. A Year After Her Death, What Happened to Everyone Saying Black Trans Lives Matter?

A banner showing the face of Nina Pop at the Lee statue during Black Women Matter "Say Her Name" march on July 3, 2020 in Richmond, Virginia.
Eze Amos—Getty Images
Ideas
By Elle Moxley
Moxley is an artist, director, human rights advocate and visionary. She is the founder and executive director of the Marsha P. Johnson Institute, an organization committed to advocating for human rights for Black trans people.

Someone recently asked me if I was hopeful for the direction of the movement to protect and defend Black transgender people’s lives.

“No,” I answered bluntly.

I continue to be disappointed by the lack of actions from policymakers and those in power who can make meaningful changes. I am mad, furious, every single day. But I am not shocked. Every day someone has the ability to do something and nothing is done.

One year ago, Nina Pop was found dead with multiple stab wounds inside her apartment in Sikeston, Mo.

Last month, Jaida Peterson, 29, was discovered in a hotel room in Charlotte, N.C., on Easter Sunday. Not two weeks later, Remy Fennell, 28, was found dead at another hotel not far from there. Both women had been fatally shot. The following week, Tiara Banks was shot and killed while sitting in her car in Chicago.

We’ve learned too many names. There have been too many examples. Eager to capitalize on the sensationalism and the curiosity around the trans community, every year the media reports that the deaths of Black trans people is increasing. There is far less reporting on the strides policymakers are making to protect Black trans people. That’s because this isn’t happening, at least not in the way it should.

After George Floyd’s murder, the non-Black people of this country woke up and started seeing the layers of systemic racism that color American society. They marched, they chanted Black Lives Matter, they demanded justice for George Floyd, Breonna Taylor, Nina Pop, Tony McDade and so many others who had had their lives cut short. Then, for the most part, these demonstrators went home and continued with the status quo.

If Pop mattered then — and she did — she should also matter now. And yet day after day, the pile of Black bodies builds, and with it, my cognitive dissonance: justice and freedom are frequently touted as American values, but they are nowhere to be found for the Black trans community.

Black trans people are completely disconnected from any resources that aid in our ability to be in thriving communities. This is not a separate issue from the murders that largely go unpunished. It’s all a part of the same system that is operating precisely as intended: a base level of benefits, resources and protections are in place for only some segments of our society.

According to the National Alliance to End Homelessness, the number of adult transgender people experiencing homelessness has gone up 88% since 2016 and the number experiencing unsheltered homelessness has spiked 113% in the same period—and transgender people are disproportionately unsheltered compared to cisgender people. This is unsurprising when you consider that one in five transgender people in the U.S. has been discriminated against when seeking a home, and more than one in ten have been evicted because of their gender identity, according to the National Center for Transgender Equality’s 2015 U.S. Transgender survey. The report also found that 70% of those who accessed a shelter were removed or mistreated for being trans or were physically or sexually assaulted. Just 16% of trans people reported owning homes, compared to 63% of the general population.

A few years ago, I found myself without a home. I didn’t feel comfortable going to a homeless shelter, as I would have to identify with my assigned sex at birth in order to qualify (a requirement that has thankfully since been withdrawn by the Biden Administration). I didn’t want to subject myself to potential danger or penalty, so I slept in my car. It opened my eyes to how few resources there were for women like me. Then again, Nina Pop was killed in her apartment. If she couldn’t be safe in her own home, where would she be safe?

Of course, housing is just one way in which transgender people are routinely discriminated against with little outcry from the general population. A wave of anti-trans legislation sweeping the country has gotten some attention, but given the harm these laws will cause to transgender youth in particular, it’s shameful that there’s not more pushback. It’s also telling that far too many people are only reactive to the latest news rather than understanding the dangers that transgender people, particularly transgender people of color, face every day.

Rather than calling on the penal system to right this, I’m calling on people. I’m calling on the policymakers. At the time of Pop’s death, Missouri did not have any legal protections for LGBTQ+ community for housing or employment. So start there. But then think beyond the anti-discrimination work. Provide safe, stable housing for the trans community. Establish a network of resources to assist us in protecting our humanity, so we can celebrate our innate joy and connection to our truest selves rather than enduring the indignity of homelessness and jobs that force us to make gut-wrenching decisions to stay alive. Show that you really believe Black trans lives matter.

Nina Pop should be alive and we must not ever forget that. 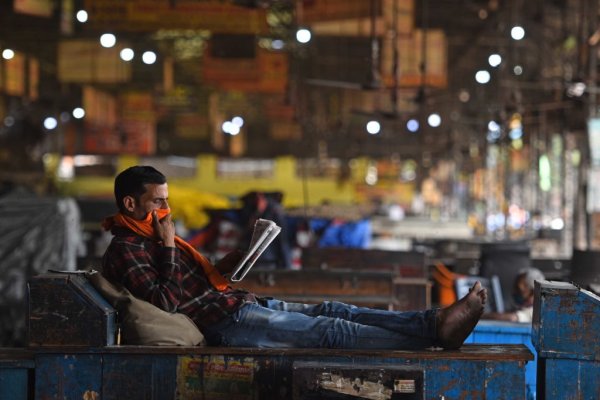 India’s Media Is Partly to Blame for Its COVID Tragedy
Next Up: Editor's Pick