American tailpipes have played an outsized role in global warming. In 2019, transportation accounted for 29% of the country’s human-generated emissions, the most of any sector tracked by the Environmental Protection Agency—and the U.S. is the world’s second-largest carbon emitter. The Biden Administration wants to clean up transportation’s dirty reputation, and make America the global leader in electric vehicle production in the process.

At the moment, electric vehicles, or EVs, aren’t particularly common in the U.S. Only about 2% of vehicles sold in the U.S. last year were electric. “It looks like, somewhere around 5% of sales is where things really start to take off”—when EV’s transition from the novel to the ordinary—says Colin McKerracher, head of advanced transport at BloombergNEF. Experts say that smart government policy can nudge the consumer market towards that tipping point.

Indeed, it’s already happened in other countries. In Norway, for example, the government has built a massive charging infrastructure and subsidizes free parking for EV owners in many parts of the country, and exempts EV drivers from certain taxes and road tolls. That’s likely part of the reason that 54% of new cars sold in 2020 in Norway were EVs. Similarly, in China, government subsidies and investment in charging infrastructure have led to a robust and competitive market, with over 400 automakers producing EVs for drivers around the world. The U.S. has some catching up to do.

The Biden administration’s much-talked-about $2.65 trillion infrastructure plan allocates $174 billion for developing America’s EV industry, and calls for the installation of 500,000 publicly accessible charging ports, introduction of point-of-sale rebates for consumers and electrification of the federal fleet—the 650,000 vehicles owned by the U.S. government.

But Biden’s ambitions come with challenges. For one, he’s called for the electric fleet replacements to be “made and sourced by union workers right here in America,” but as of now, there are no EVs that fit that demand. There are signs, however, that this could change in the near future. For example, General Motors, which has expressed interest in federal contracts, announced earlier this year that it would stop making gas-powered light duty vehicles by 2035 and will introduce 30 new electric vehicle models over the next five years. And to produce those EVs, the company wants to bring its supply chain stateside. “Doing our own battery and cell production and battery assembly allows for all the key elements of the supply chain to be right here in the U.S. with American workers doing the manufacturing for us,” says Gerald Johnson, GM’s executive vice president of global manufacturing.

The president’s infrastructure package likely faces a long political path forward. But it clearly and unapologetically signals that electric vehicles are a federal policy priority, and that can have substantial implications for America’s automotive industry, positioned to emerge from an emissions-choked past into a battery-powered future. Watch the video above to learn more about how policy can shape America’s electric vehicle industry. 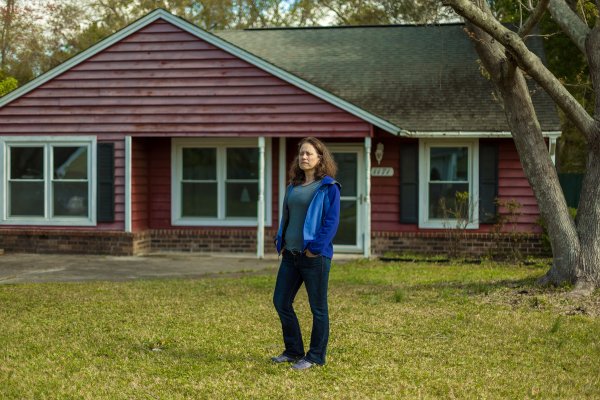 Is the U.S. on the Verge of Another Financial Crisis?
Next Up: Editor's Pick