The WNBA Has Pulled a Controversial Jersey Days After Unveiling It. Here’s Why Many Found the Design Problematic

In the wake of the WNBA unveiling new team uniforms for its upcoming 2021 season, one version of the Dallas Wings’ jerseys has come under fire for the history behind its design.

On April 8, the WNBA, in partnership with Nike, released three different uniform editions for each of the league’s 12 teams: the Heroine Edition, Explorer Edition and Rebel Edition. Touted by Nike as representing inspiring themes of female empowerment, the Rebel Edition collection was apparently intended to “applaud the irreverent voices who define each team’s home city and state.”

However, for some fans, excitement over the launch was dampened by the revelation that the Wings’ Rebel Edition uniforms were created in celebration of a historical organization that excluded Black women.

Inspired by the P-40 Warhawk plane, the jersey design features the Warhawk’s signature star set over a military-grade green field. It honors the 1,074 women who served in the Women Airforce Service Pilots (WASP) corps during World War II. The WASPs became the first women to fly for the U.S. military, after training at Avenger Field in Sweetwater, Texas, and were tasked with performing crucial domestic flying duties like ferrying military planes and serving on tow target squadrons. But the opportunity to join the WASP corps was largely limited to white women. While a handful of women of color served in the unit, not a single Black applicant was accepted to the program.

The outright rejection of Black women set WASP apart from other U.S. military services during this time, says Matthew F. Delmont, a history professor at Dartmouth College who specializes in African-American History and the history of Civil Rights. “What stands out about the WASPs is that they excluded Black women entirely,” he tells TIME. “While the rest of the military and auxiliary services were segregated, they at least allowed African Americans to participate.”

Although the creation of WASP was a landmark moment for women in the military, Delmont says that focusing solely on that narrative furthers the whitewashing of American history.

“What often isn’t talked about is the fact that even if white women were getting different and new opportunities, that almost always ran parallel with the maintenance or extension of racial discrimination and racial barriers,” he says. “To only talk about [white women’s side of the WASP] story and not also talk about the fact that Black women were denied that opportunity—even ones who were qualified and had commercial pilot’s licenses—misses the broader context. We can’t tell one story without telling the other.”

In an April 16 statement to TIME, Nike, the WNBA and the Wings, said they had made the joint decision to pull the Wings’ Rebel uniform: “The recently unveiled Dallas Wings Nike Rebel Edition uniform was designed to celebrate a group of Texas-based women pilots during World War II. However, Nike, the WNBA and the Dallas Wings recently learned the history of the program does not align with our shared values of diversity, equity and inclusion. As a result, the Dallas Wings will not wear this uniform on court, Nike and its partners are removing it from retail, and Nike and the Wings will work together on a new Nike Rebel Edition uniform design for the future.”

Some who criticized the Wings’ jersey, including former WNBA All-Star Kelsey Bone, had pointed out that by adopting the design as part of their team uniform, the Wings were calling on Black players to wear a jersey that celebrates an organization that intentionally excluded Black women.

“With all their resources, the Wings, the WNBA and Nike somehow collectively botched this,” says Jasmine Baker, a women’s sports culturalist who helped make people aware of the controversial design on social media. “One reason why I wanted to bring this to people’s attention was that for fans who were considering purchasing the jersey, this [decision] was obviously going to be questionable at best. I think a lot of people don’t know the thorough history behind this.”

The WNBA’s forthcoming 25th season, set to tip off on May 14, arrives amid an ongoing reckoning on systemic racism in America as communities continue to protest against police shootings. Less than a year ago, the league’s delayed 2020 season opened with players from the Seattle Storm and New York Liberty walking off the court before the national anthem played as protests for racial justice took place across the country. The players jointly then dedicated 26 seconds of silence and the entire season to Breonna Taylor.

In a July 2020 statement, WNBA Commissioner Cathy Engelbert announced that the league’s 2020 season would be dedicated to social justice. “We are incredibly proud of WNBA players who continue to lead with their inspiring voices and effective actions in the league’s dedicated fight against systemic racism and violence,” she said. “Working together with the WNBPA and the teams, the league aims to highlight players’ social justice efforts throughout the 2020 season and beyond.”

However, some fans feel that the controversy surrounding the Wings’ jersey highlights how the WNBA hasn’t followed through on these commitments.

“This is par for the course for the WNBA. At the end of the day, there’s a fundamental issue,” Baker says about the Wings’ jersey design. “As a Black woman who has followed this league, I’ve seen time and time again how it has failed Black women. Far too often when companies and teams mess up in this manner, they’ll come out with a statement and then it will be business as usual. They can highlight everything from last season, but for Black women to not even be considered when it came to these jerseys, there should be accountability for that.”

This incident underscores how “surface-level diversity efforts” fail to address the problems at the heart of this issue, says former Wings Chief Marketing Officer Nicole Smith, who left the organization in 2017.

“It’s unfortunate and disappointing considering the robust Black female fanbase and the proportion of Black female players. However, it also highlights the global need for competency, humility, and responsiveness around culture and intersectionality,” she tells TIME. “A solution will require an intentional culture shift where Black women are seen, heard, considered and, most importantly, valued.” 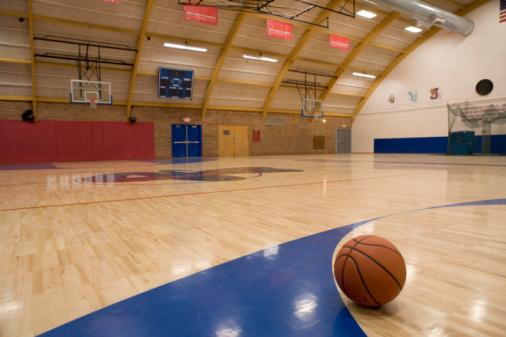