Trillions of 'Brood X' Cicadas Are About to Emerge Across the U.S. to Sing, Mate and Die. Here's What to Expect

A newly emerged adult cicada suns itself on a leaf May 16, 2004 in Reston, Virginia.
Richard Ellis—Getty Images
By Rebecca Katzman

This coming May, millions of people around the United States will have front-row seats to an extraordinary entomological event: Trillions of Brood X cicadas across 15 states will emerge almost synchronously after having spent the last 17 years underground. The males will take up elevated positions, each buzzing as loud as a lawnmower to attract females. After mating, the adult cicadas will die off en masse just about as quickly as they arrived—likely sometime in late June or July—while their offspring tunnel underground, not to emerge until 2038, when the dance will begin anew.

Annual, or “dog day,” cicadas appear across the U.S. every summer, when their signature mating song becomes as much of the seasonal soundscape as a passing ice cream truck. But the cicadas taking center stage in this year’s event—distinctive for their black bodies and red eyes—are part of a periodical “brood” of the insects that emerge in predictable cycles of 13 or 17 years. This year’s brood, Brood X (pronounced “ten”), is one of the largest and most widely distributed; its emergence is expected to be all the buzz from New York to Georgia to well west of the Mississippi River (the Washington, D.C. area is expected to be a particular hotspot). “It’s not something you can ignore,” says John Cooley, a biologist at the University of Connecticut. “When they come out it’ll be millions per acre.”

It’s unclear why periodical cicadas like those of Brood X emerge in such overwhelming numbers, though some scientists believe it’s a survival strategy to overwhelm predators, like birds and snakes. Why they emerge exclusively in prime number year cycles, meanwhile, is what Cooley calls “the question of the hour.” Either way, Michael Raupp, an entomology professor emeritus at the University of Maryland, College Park, says the cicadas’ massive cyclical emergence makes them fascinating to study.

After mating, the female cicadas will deposit hundreds of eggs into nearby tree branches, then tumble to the ground and die. The adult males also die off shortly after emerging. Six to eight weeks later, the eggs will develop into nymphs, which will then fall back to earth and dig themselves underground. That’s where they’ll spend the next 17 years living what Raupp calls the “dismal existence” of sucking on plant sap until they’re ready for their turn in the spotlight (according to one theory, cicada nymphs count the passage of time by monitoring trees’ nutrient fluxes or hormonal cycles).

Raupp calls the Brood X spectacle “the Super Bowl for entomologists and natural historians,” but they may be pretty much the only people looking forward to the show. Cicadas’ buzz can range from annoying to downright deafening, and while not technically pests, they’re often confused for locusts, a mix-up that dates back to early North American religious colonists taking them for the feared insects of the biblical plague. However, cicadas don’t bite or sting, and they don’t devour crops and produce widespread famine—but their eggs can damage young trees, unless they’re covered in mesh cicada netting.

Still, even if they aren’t technically pests, the idea of millions of Brood X cicadas emerging from underground is enough to give almost anybody the heebie-jeebies–especially people who are squeamish about insects to begin with. “For people who have true phobias, it might be time to talk to your counselor,” Raupp says. Or, he adds, “get out of town for a while.” 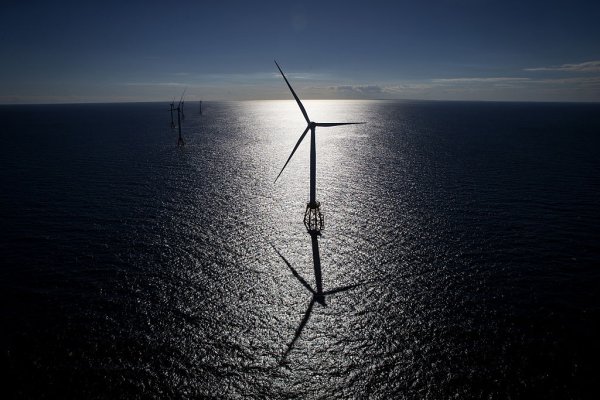