By TIME for Kids

Sandra Boynton is the author and illustrator of more than 60 children’s books. Yo-Yo Ma is a world-renowned cellist. They came together to create a short, animated video to accompany Jungle Night, a new book by Boynton that takes little ones on a journey through a sleeping jungle. Boynton wrote, illustrated, and directed the creation of the Jungle Night video, while Ma used his cello to bring to life the sounds of snoozing jungle creatures. Ma also performed in the soundtrack that accompanies the book.

The Jungle Night book and video were released today. TIME for Kids Kid Reporter Sophia Hou, 11, spoke separately with Boynton and Ma about their collaboration and what inspires them.

Hou: Can you tell me about your book?

Boynton: The book is called Jungle Night, and it’s a board book, like many of my books. It comes with a free download of two audio tracks: one with narration and a mystical handpan track—a book narration done by my son Keith, and Yo-Yo Ma does animal snores on his cello in the background. Part two is an instrumental performance. It’s an arrangement that I did of Erik Satie’s Gymnopédie No. 1, and I’ve added jungly percussion to it.

What inspired you to write Jungle Night and to include music in it?

A friend of mine who is a novelist is good friends with Yo-Yo Ma, and I didn’t know him. This [was] a couple years ago. Her name is Ann Patchett. She said, “You two should absolutely work together. You both have grandchildren, he loves children, and you’re both kind of like children yourself: very playful, and just lively. It would be a great collaboration.” And then he was coming to perform at Tanglewood Music Center, which is a summer concert place in the Berkshires, not far from my house. Ann was visiting, and I said, “We should go see that.”

How did you and Yo-Yo Ma come together to create the book and music?

Well, we met at the soundcheck. He was performing the six Cello Suites by Bach. It’s a solo performance, which is extraordinary, for an instrumentalist who carries an entire performance as a soloist on the stage with no one else there. It’s the greatest thing I’ve ever seen on stage. The cello’s my favorite instrument.

What was your favorite aspect of collaborating with Yo-Yo Ma?

Just his playfulness, just his openness to anything, his good nature. He’s tireless, he wants to keep trying things, and it’s just about as exciting as collaboration can be.

Is this your first book with an animated video?

How did you come up with the different noises that the animals make as they sleep?

Some of the sounds I can’t remember how I came up with them, because I wrote them so long ago. What was fun is then adding more animals and saying, “OK, if the tiger does zeee-zooo-haaa, and if the cheetah does chee-chee-taaah what do the monkeys do?” [The monkeys go chatter-chooo chatter-chooo.] Like everything, it’s an evolution.

What do you enjoy most about writing for children?

Oh my goodness, everything. People who write for children, I think, are writing for themselves first, do you know what I mean? You know, I remember my childhood very vividly. I think when you’re writing for children, it’s first for your own childhood. And then—I have four children, they’re all grown now—to be writing for them when they were little. Books mattered to me so much as a child. The exciting thing is to imagine that maybe my books matter a lot to specific children.

Hou: Have you ever made music to be a soundtrack for a book before Jungle Night?

Ma: I’ve done soundtracks, but not for books. So this is the very first time that I did a soundtrack for a book, which is very exciting. It’s Sandy Boynton who thought up the idea [of] the specific sounds that the animals would make in Jungle Night, and then I would try to match [them] on the cello.

Did you visualize the illustrations while you were playing the music?

I was always looking at the animals and creatures. And Sandy actually is a wonderful musician. So here you have an author who is a writer and illustrator, and has a very vivid imagination, and has a very specific idea for what the sound of each animal is going to be. I tried to match her imagination.

What was the most exciting aspect of creating the soundtrack?

We were doing this all virtually. I think the exciting part was working with the author, with Ms. Boynton, in terms of really being able to fit in and capture what she was imagining—because as you know, she has a very particular kind of humor and sensibility about what she does. She’s so specific that I just really wanted to get the feelings of what she had for the music and just to get it right according to the way she thought of it. And that was a lot of fun to try to do because I admire her work a lot.

Was there anything that was challenging?

It was more like an adventure. All the challenges are welcome. Whatever it is, if it doesn’t sound quite right, it’s a challenge. Well, let’s try something else. So you kind of [are] just always moving forward. And so I think challenge not in the negative way, but challenge as in, like, “Yeah, let’s try to get that just so.”

What was your favorite animal sound to play in Jungle Night?

Oh my gosh, I think it was the elephant. Because if you hear it, not only does the elephant make that very loud noise where it wakes up the whole forest, the whole jungle—but you can also hear the echo afterward. So it’s a grrrr, and then you go whoooo. You hear the echo that echoes through the forest so you get the feeling of space. You get the feeling like this is not only a sound that’s happening in one place, but it kind of reverberates throughout the whole jungle. And that’s the thing that ends up waking everybody up.

These interviews have been edited for clarity and length. 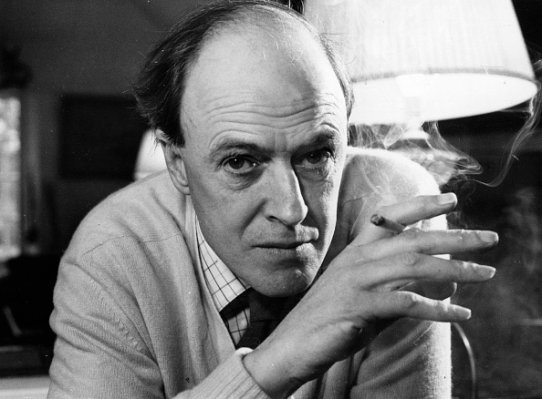 What to Know About Roald Dahl's Controversial Legacy
Next Up: Editor's Pick