Supporters hold the "unconstitutional decision" flag as they are pleased with the Sapporo District Court's decision that it is unconstitutional to not allow same-sex marriage in Sapporo, Hokkaido prefecture on March 17, 2021.
STR/JIJI PRESS/AFP/ Getty Images
By Amy Gunia

A court in Japan ruled Wednesday that it’s “unconstitutional” to ban same-sex couples from marrying—a landmark, though symbolic victory in a country where LGBTQ rights lag far behind most of the developed world.

The Sapporo District Court said Japan’s definition of marriage, which excludes same-sex couples, violates the constitution’s guarantee of equality. However, judges dismissed a request from the three couples who brought the case to compensate them 1 million yen ($9,100) for the injustice.

The ruling does not legalize same-sex marriage and doesn’t apply across the country, but it is the first of its kind in Japan. “This is a good surprise for me and many homosexuals,” Yayo Okano, a professor at Doshisha University who specializes in feminist theory, tells TIME. “It is a breakthrough… because the idea of ‘the traditional family as a unit of a man and a woman’ has been very strong and shared among people and even reinforced by many lawmakers.”

What’s next for LGBTQ Rights in Japan?

Advocates say the Sapporo ruling will benefit the fight for marriage equality in several ways. First, it ensures that the case will continue to move through Japan’s court system.

“Although the trial will continue until the Supreme Court makes its final decision, the Sapporo ruling will undoubtedly have a positive impact on the ongoing same-sex marriage litigation in other regions,” says Makiko Terahara, the executive director of the activist group Marriage For All Japan.

The ruling is the first in response to a series of lawsuits jointly filed by 13 same-sex couples at district courts around Japan on Valentine’s Day in 2019, and LGBTQ activists and advocates hope it will set a precedent.

Taiga Ishikawa, the first openly gay man elected to Japan’s National Diet, tells TIME the case should push the center-right government to take up the issue—because the judges challenged the constitutionality of denying same-sex marriage rights.

Terahara agrees, saying the court ruling could mark a turning point for LGBTQ rights in Japan. “Since [lawmakers] are obligated to respect the constitution, the [legislature] needs to promptly amend the law to recognize same-sex marriages,” she says.

Japan lags behind on equality

Japan is the only country in the Group of Seven (G7) industrialized nations that doesn’t fully recognize same-sex partnerships. A handful of cities and wards issue “partnership certificates” to same-sex couples which grant them some rights, but they are not available across the country and they fall short of full marriage rights.

Same-sex unions are not recognized across most of Asia. Taiwan became the first in Asia to legalize same-sex marriage in May 2019. Thailand is also considering a bill that would legally recognize same-sex civil partnerships.

Activists have been calling for Japan to pass an LGBTQ equality act to protect against discrimination on the basis of sexual orientation and gender identity ahead of the Tokyo Olympics planned for this summer.

The NGO Human Rights Watch says that years of campaigning has led to a surge in support for LGBTQ equality in recent years.

According to an October 2018 survey of 60,000 people in Japan by advertising company Dentsu Inc., more than 78% said that they approved or were likely to approve of same-sex marriage. But more than 65% of the LGBTQ respondents had not told anyone about their sexuality.

Read More: First Couples Say ‘I Do’ in Taiwan After Same-Sex Marriage Is Legalized

Chelsea Szendi Schieder, an associate professor of gender studies and Japanese history at Aoyama Gakuin University in Tokyo cautions there is still much work to be done to reach equality for LGBQT people in Japan. How any rule changes would apply to transgender people also remains an open question.

“I think it takes a tremendous amount of courage for young people to still come out to their families, their friends and their communities,” she says. “There’s still a lot of casual homophobia, casual homophobic kind of comments that that are heavily rooted and need to be examined as well.” 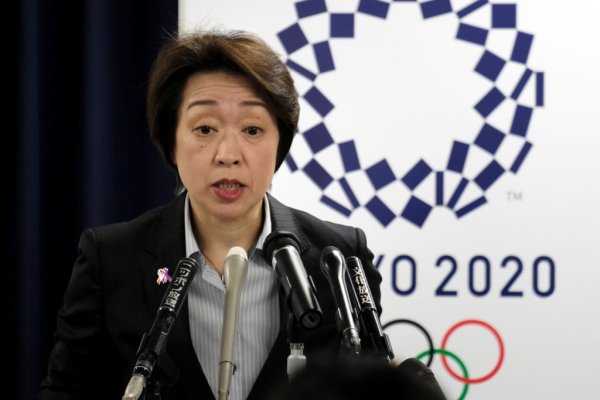