“It’s a problem that police departments across this country sometimes can’t even tell you how many people they shot and killed the prior year and that we don’t know how pervasive [their] use of force is,” Lynda Garcia, director of the policing program at The Leadership Conference on Civil and Human Rights, tells TIME. “Police departments can be really bad at collecting this data.”

There is no currently country-wide law that requires police departments to document use of force incidents; some states’ laws mandate reporting of a sort, but in different formats and to different extents. In 2015, the FBI created the National Use of Force Data Collection and began collecting data in 2019, but as of 2020, only 40% of law enforcement agencies in the country had actually sent data to the FBI. But with Accountable Now, a new open-source police data collection tool, the Leadership Conference hopes to provide far greater transparency on how police departments across the country are operating—and compiling information that departments typically doesn’t share widely.

With its launch today, Accountable Now includes statistics from cities including Dallas, Austin, New Orleans and Indianapolis. Its data includes all instances where a police officer uses force—police shootings, pepper-spraying, using a baton, punching, aggressive takedowns and other incidents of alleged violent behavior. And the Leadership Conference hopes to grow Accountable Now rapidly, with the goal of sourcing 1,000 police departments’ data sets by the end of 2021.

Though the sample size is currently small, it is already revealing some concerning racial disparities. In 2019, nearly 30% of all the Austin police department’s reported use of force incidents involved Black citizens, for example, even though they make up just 8.4% of the city’s population. In New Orleans from 2017-2019, 80.8% of the reported use of force incidents were exercised against Black people, who make up 59.5% of the population.

The data collection process began with scraping publicly-available information from police sources; the Leadership Conference also worked with nonprofits who compiled their own lists and information. Workers on the project have filed over 300 Freedom of Information Act (FOIA) requests with police departments across the country, and hope concerned citizens—particularly those buoyed by campaigns and calls for a greater degree of law enforcement accountability—will get involved by uploading data and documents they might have on a use of force incident.

Getting and vetting all the necessary data will remain a challenge but, amid national attention on police departments and their relationship with the Black community, Garcia says the number-crunching is more than worth it.

“What you’re gaining in being transparent and having open data is trust,” Garcia says. “When people can see what their departments are doing…I think that’s the first step if we’re going to fix policing.” 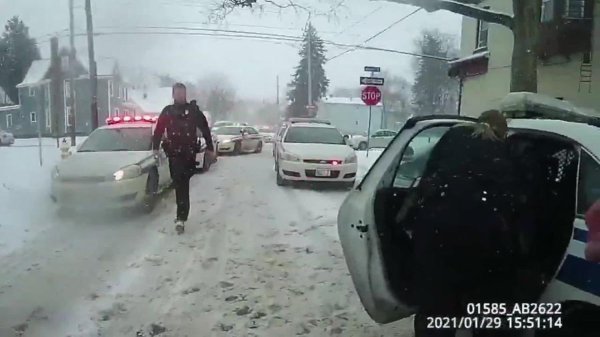 Rochester Police Probe Pepper-Spraying of Girl During Arrest
Next Up: Editor's Pick