Want Unity For Real? Then America Needs to Get Back to Facts

Ideas
By Samar Ali, Bill Haslam and Jon Meacham
Ali is a lawyer, former White House fellow, and Research Professor of Law and Political Science at Vanderbilt University. Haslam is the former governor of Tennessee. Meacham is a presidential biographer and holds the Carolyn T. and Robert M. Rogers Chair in the American Presidency at Vanderbilt.

Philadelphia had never seen such a spectacle. On Friday, July 4, 1788—a dozen years since the Declaration of Independence—the city celebrated the narrow ratification of the Constitution with parades, fireworks, and speeches. The patriot-physician Benjamin Rush appreciatively noted the “pleasant and cooling breeze” and took satisfaction in the evidence of unity after the divisive debates to replace the Articles of Confederation with a more coherent and lasting form of government. “The Rabbi of the Jews, locked in the arms of two ministers of the gospel, was a most delightful sight,” Rush wrote. “I do not believe that the Constitution was the offspring of inspiration, but I am as perfectly satisfied that the union of the states … is as much the work of divine providence as any of the miracles recorded in the old and new testament were the effects of a divine power.” Rush’s happy conclusion: “’Tis done! We are become a nation.”

That nation, however, was to be defined as much by its hours of disagreement as by its moments of common purpose. Insurrection, chaos, distrust: American life today stands at another fraught moment. A few weeks after the inauguration of a new president, the nation continues to struggle for its footing amid deep polarization, a pandemic, questions about economic and social justice, and declining faith in its institutions. It’s not hyperbolic to say that the American experiment as a diverse, multiethnic democratic republic is facing one of its most difficult tests since that distant Philadelphia summer.

Unity is a little like exercise: A great idea, a noble idea, but hard, and all too easy to forego. Yet history tells us that America works best when just enough of us see politics as a mediation of differences rather than as total, unrelenting warfare. It is not a partisan point to observe that a change in administrations offers the country an opportunity to assess anew the purpose and possibilities of our public life.

No one should expect the imminent arrival of the Kingdom of Heaven. Yet from the passage of Social Security in 1935 to the creation of the post-World War II order under Harry Truman; from the interstate highways and investments in science education in the Eisenhower years to civil- and voting-rights legislation under JFK and LBJ; from Carter’s Camp David Accords to the Reagan-era diplomacy toward the Soviet Union to George W. Bush’s President’s Emergency Plan for AIDS Relief (PEPFAR), American politics has, in spasms of unity, produced good results.

From 1933 to 2017, Americans inhabited a political universe largely defined by Franklin D. Roosevelt and Ronald Reagan. However different, however divided, each American president and each American era over eight and a half decades was a coherent and sequential chapter to the one that came before. We argued about the relative role of the state in the marketplace and about the relative projection of force against commonly agreed-upon foes and rivals—but all on a spectrum where the vast majority of Americans accepted the validity of election results.

Like Jefferson and Hamilton, two opposing forces who created a tension that enabled the country to flourish, FDR and Reagan represent enduring points of view that have together shaped the life of the nation. And even if we might wish the 1933-2017 period had been different in this way or that way, a nation that overcame the Great Depression, defeated the Axis, built a strong middle class, passed the Civil Rights and Voting Rights acts, opened opportunities for women, welcomed immigrants, went to the Moon, enhanced public health, secured clean water and safe food, and prevailed in the Cold War is a nation that got some big things right even as it failed on questions of justice and equality before the law.

It was certainly not a perfect age. There were derelictions and debacles, dreams deferred and hopes dashed. Yet the lesson of the FDR-Reagan era—extending beyond Reagan to include the Bushes, Bill Clinton, and Barack Obama—is that we’re at our best when we at least agree on the facts at hand, on the efficacy of compromise, and on the legitimacy of our institutions. A unity of opinion is impossible. A unity of purpose, however, is achievable, even if the nation inevitably differs on how to fulfill that purpose.

As America wrestled with the growing turmoil of the 1960s, President John F. Kennedy, speaking at Vanderbilt University in 1963, observed, “In a time of tension it is more important than ever to unite this country … so that all of our people will be one.”

We weren’t one then, and we surely aren’t now. To know what has come before, however, is to be armed against despair. If the men and women of preceding generations, with all their flaws and limitations and ambitions and appetites, could press on through ignorance and superstition, racism and sexism, selfishness and greed, then perhaps we, too, can take another step toward a more perfect union.

We are the co-chairs of a new endeavor at Vanderbilt, the Project on Unity and American Democracy, which seeks to overcome one of the most formidable obstacles on that path: The flight from evidence and reason toward ideological certitude and reflexive partisanship.

We are an unlikely trio: a former Republican governor of Tennessee, a lawyer-activist, and a presidential biographer (who endorsed Joe Biden for president). We don’t agree on everything; we may not agree on very much at all. But we do share this: A conviction, borne out by experience, that the experiment begun in Philadelphia nearly two and a half centuries ago has the best chance of working when people of good will replace wishful thinking with facts and evidence.

Unity does not mean unanimity. As arguments about the size and scope of covid relief demonstrate, political debate alone does not pose an existential threat to the Republic. As we have seen, however, accusations unmoored from facts can result in insurrection. “Freedom can exist only in the society of knowledge,” Benjamin Rush once remarked. “Without learning, men are incapable of knowing their rights.” The more we can take those words to heart, the more likely it is that the creation of the nation Rush celebrated in 1788 will endure—and, God and all of us willing, prosper. 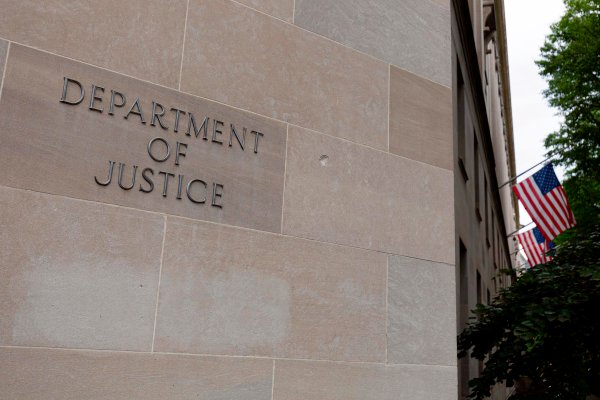