Colonel Tom Moore celebrates his 100th birthday on April 30, 2020 with an RAF flypast provided by a Spitfire and a Hurricane over his home in Marston Moretaine, England
Emma Sohl—via Getty Images
By Billy Perrigo

Captain Tom Moore, the British war veteran who raised millions for charities supporting the country’s health service during the early days of the COVID-19 pandemic, has died with the virus aged 100.

In April 2020, Moore committed to walking 100 laps of his garden before his 100th birthday to raise money for charities supporting the National Health Service (NHS). His endeavor quickly made him a national sensation, and raised a total of £32.9 million ($45 million).

Moore was embraced by the U.K. government as a national hero for his fundraising efforts, and received a knighthood from Queen Elizabeth II, at a time when the government was facing strong criticism over its mismanagement of the COVID-19 pandemic. The U.K. is the fifth-worst hit country in the world in terms of total deaths with the virus, with more than 108,000 as of Tuesday. It has a higher death rate per capita than any of the countries with more deaths.

Moore’s family confirmed his death in a statement. “It is with great sadness that we announce the death of our dear father, Captain Sir Tom Moore. We are so grateful that we were with him during the last hours of his life.”

“The last year of our father’s life was nothing short of remarkable,” they said. “He was rejuvenated and experienced things he’d only ever dreamed of. Whilst he’d been in so many hearts for just a short time, he was an incredible father and grandfather, and he will stay alive in our hearts forever.”

Prime Minister Boris Johnson said in a statement: “Captain Sir Tom Moore was a hero in the truest sense of the word. It is quite astonishing that at the age of 100 he raised more than £32 million for the NHS, and so gave countless others their own chance to thank the extraordinary men and women who have protected us through this pandemic. He became not just a national inspiration but a beacon of hope for the world.”

Moore had been admitted to hospital on Monday with COVID-19. Although the U.K. has been vaccinating people in his age group for several weeks, he reportedly had not received one because he had been suffering from pneumonia. 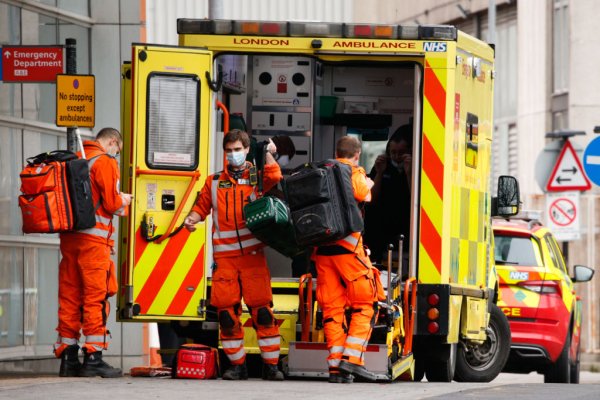