The World's Biggest Problems Are Interconnected. Here's How We Can Solve Them This Decade

Two decades ago, people around the world rang in the new millennium with a growing sense of optimism. The threat posed by the Cold War was fading slowly in the rearview mirror. Leading thinkers like Francis Fukuyama touted the benefits of globalization, saying it would bring democracy and prosperity to the developing world. The nascent Internet economy promised to bring us closer together.

The following 20 years took some of the air out of the assumption of steady progress, but when future historians assess the 21st century, the year 2020 is likely to serve as the point at which the optimism bubble burst. The COVID-19 pandemic has exposed a complex web of interlocking problems that have morphed into full-blown crises. The coronavirus laid bare the dangers of endemic poverty not only in the developing world but also in rich countries like the U.S., where millions lack health care and are one paycheck away from living on the street. Around the world, racial and ethnic minorities have demanded justice after centuries of structural discrimination. Woven through it all, the earth’s climate is increasingly unstable, posing an existential threat to human society as we know it. In the next decade, societies will be forced to either confront this snarl of challenges, or be overwhelmed by them. Our response will define the future for decades to come.

The recognition that these challenges are fundamentally linked isn’t new. Activists and academics have for many years pointed to the cascading effects of various social ills. Whether it’s the way racism contributes to poor health outcomes or gender discrimination harms economic growth, the examples are seemingly endless. But this understanding has made its way into the conversation about solutions too.

Notably, for the past five years, the U.N. has touted 17 interrelated sustainable development goals, objectives for building a more viable world, and called for a push to achieve them by 2030. The goals, which cover environmental, social and economic progress, are nonbinding but have become key benchmarks for commitments at a national and corporate level. Countries from China to the Maldives, as well as companies like Amazon, Microsoft and PwC, have committed to rolling out policies over the next decade that will set them on a path to eliminate their carbon footprints.

The understanding that these problems require holistic solutions has only grown amid the pandemic and its fallout. President Joe Biden has referred to four urgent crises—the pandemic, the economic crisis, racial injustice and climate change—and promised a push to tackle them all together. The European Union’s program to propel the bloc out of the COVID-19 crisis targets climate change, while incorporating equity concerns. As stock markets soared last year, institutions with trillions of dollars in assets demanded that their investments deliver not only a good return for their wallets but also a good return for society.

All these developments and many more have created new opportunities for bold ideas. These new ways of thinking will come from government leaders, to be sure, but also from activists, entrepreneurs and academics. Here, our eight inaugural members of the 2030 committee offer their own specific solutions—and in them, perhaps, the seeds of 21st century optimism. 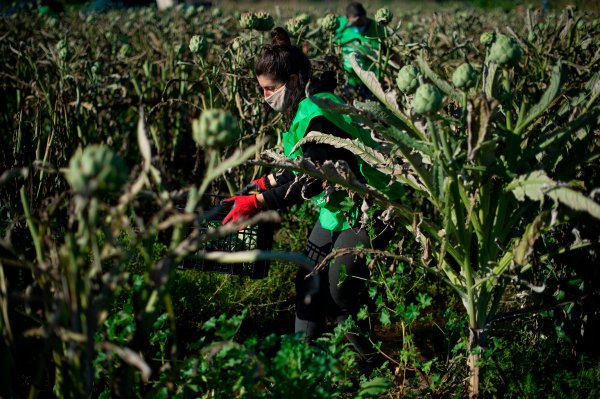 8 Solutions for a More Equitable, Sustainable Future
Next Up: Editor's Pick