As Trump Plans to Skip Biden's Swearing In, Here Are 3 Other U.S. Presidents Who Dodged Their Successors' Inauguration

President Trump’s Jan. 8 announcement that he would not attend President-elect Joe Biden’s inauguration was the latest example of the President defying precedent. Vice President Mike Pence did say he would attend the Jan. 20 event, but the decision is yet another example of Trump being in rare company.

Trump’s absence will be at least the fourth example of a President who did not attend his successor’s swearing-in amid a polarized political climate or after a contested presidential election, following Presidents John Adams, the second U.S. President; John Quincy Adams, the sixth President; and Andrew Johnson, the 17th President and the first to be impeached. All three were also one-term Presidents.

Trump’s absence at the Inauguration may violate recent social norms, but it does not violate the U.S. Constitution. The Constitution doesn’t require an outgoing President to attend an incoming President’s Inauguration. But the presence of the outgoing president has come to be seen as important because of what it represents. For example, Woodrow Wilson, still in poor health after a debilitating stroke towards the end of his presidency, accompanied his successor Warren G. Harding on a ride to the U.S. Capitol, even though he was not well enough to attend the outdoor inauguration ceremony. The image of the past and present President at the U.S. Capitol is seen as an image of the continuity of government and a graceful and peaceful transfer of power.

“[It] symbolizes something important, which is the functioning of democracy,” says Joanne Freeman, an expert on early 19th century American history and a professor of history at Yale University.

What’s going on in America shapes how Americans view the importance of attending the inauguration.

“In the current moment, when democracy is being threatened in so many ways, this has some added meaning,” as Freeman puts it. “Given the polarization that we’re in right now, all such decisions have added weight because we’re currently watching to see how and if Republicans and Democrats can do anything together.”

The election of 1800 marked the country’s first contested presidential election and the first time an outgoing President did not attend an incoming President’s inauguration. Back then, the person who got the most electoral votes became President and the runner-up became Vice President, and the U.S. House of Representatives would decide in the event of a tie. Thomas Jefferson and Aaron Burr received the same number of electoral votes, leaving the U.S. House of Representatives to decide the outcome. It was a tense time as Virginia and Pennsylvania militias threatened violence if Jefferson, who was declared the winner, wasn’t elected.

Adams left Washington shortly after 4:00 a.m. in the morning of Inauguration Day on March 4, 1801 (back when Inauguration Day was in March). It was also a difficult time in his personal life. Adams’ son Charles had just died at the age of 30 in November 1800.

On a technical level, one lasting consequence from the election was that Congress also passed the 12th Amendment, which is why state electors today cast two separate votes for President and Vice President.

But tensions between Adams and Jefferson did not last forever.

“A number of years later, they were reconciled by a friend, and they spent their retirement years as great friends,” according to Freeman.

Tensions were high between John Adams’ son John Quincy Adams, the sixth president who served from 1825-1829, and Andrew Jackson, who ran in 1828 after believing that he was robbed of the presidency four years earlier. In that four-way 1824 presidential election, Jackson had won the popular vote but none of the candidates won a majority of electoral votes, leaving the U.S. House to decide another presidential election. Jackson and his supporters were enraged by what’s called the “corrupt bargain” in which one of the 1824 candidates Henry Clay became the Secretary of State in the new administration after he was believed to have encouraged congressmen to vote for John Quincy Adams. A nationally-coordinated effort in the states successfully rallied voters to elect Jackson to the highest office, in what would become a precursor to modern party organizations.

Andrew Johnson, the first U.S. President to be impeached, was also the last President to skip his successor’s inauguration, 152 years ago. The U.S. House of Representatives voted to impeach Johnson on Feb. 24, 1868, alleging that he violated the Tenure of Office Act (designed to limit a President’s ability to remove federal appointees) by firing Secretary of War and Lincoln appointee Edwin Stanton. But the firing was also the latest in a series of efforts — from vetoing the Civil Rights Act and a bill to create a Freedman’s Bureau to aid freed enslaved peoples — that reflected a larger political disagreement between the President and Congress over the direction of Reconstruction. The President’s decisions reflecting a more limited approach to social reform in the South than the Republican-led Congress envisioned.

The Senate came within one vote of removing Johnson from office in May 1868, but he was able to stay in office. He wanted to run for President that year, but the Democrats wouldn’t nominate him, and his political rival, Republican Ulysses S. Grant, won the presidency.

“For two months before the Inauguration, the outgoing President dithered over whether to attend,” Ron Chernow writes in his biography Grant. “In January, [Johnson] grumbled that Grant was ‘a dissembler, a deliberate deceiver’ and swore he would not ‘debase’ himself by going to the ceremony.”

The feelings were mutual, as Grant refused to share a carriage to the inauguration with Johnson, and the outgoing President even turned down the offer to ride to inauguration in separate carriages, opting to stay at the White House instead and deal with paperwork and other last-minute housekeeping. 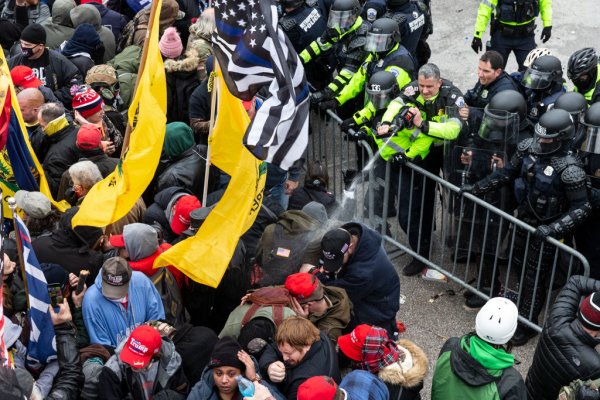