Sex and the City Is Nothing Without Samantha Jones

And just like that, Sex and the City is back. In separate Instagram posts Sunday—ones that raised the dreary question of how the show’s characters would deal with the rise of social media—Sarah Jessica Parker, Cynthia Nixon and Kristin Davis unveiled an extremely short teaser for the revival, pairing generic footage of New York with the unmistakable clickety-clack of a turn-of-the-millennium laptop keyboard. Reports followed that the HBO Max project, set to begin production this spring, would be a 10-episode limited series titled And Just Like That and featuring the original gal pals in their 50s. Well, all of them except for Kim Cattrall‘s Samantha Jones; in recent years, as rumors swirled of discord between the actor and her cast mates, Cattrall has said she’s done with the franchise. On Twitter following the announcement, Parker told a fan that she doesn’t dislike her former co-star, but “Samantha isn’t part of this story. But she will always be part of us. No matter where we are or what we do.”

Whoever you chose to believe about Cattrall’s departure, as the bard Carrie Bradshaw might put it: I couldn’t help but wonder… what would Sex and the City look like without Samantha? And I was hardly alone in that. Along with the inevitable jokes about TV-revival fatigue and the havoc SATC mania may or may not have wrought on its beloved Manhattan, people wanted to know what would become of Samantha. Would she be killed off? Replaced? (Suggestions ranged from the dilettante purse designer played by Jennifer Coolidge in the original series to Leslie Jones, who seemed to have Samantha confused with Sabrina the Teenage Witch. My pick: 30 Rock resident ham Jenna Maroney. No, not Jane Krakowski, the actor who played Jenna—Jenna, the character.) All of which makes for fun speculation. But trust that I am dead serious when I insist that—whether you call it And Just Like That or 2 Sex 2 City or Governor Miranda Hobbes—there’s no classic show to resurrect without Samantha.

SATC premiered, in 1998, with a question that sounds quaint now but was revolutionary for TV at the time: what if women had sex like men? That is, recreationally and selfishly, with no need for emotional connection, zero expectations of commitment and little regard for the feelings of their partner. For the majority of the show’s six seasons (it seems polite to exclude the two terrible movies that followed from this narrative), it was Samantha who kept this experiment alive. As corporate lawyer Miranda chased success, Rules Girl Charlotte chased marital bliss and Carrie the ever-inquisitive sex columnist chased unavailable men, Cattrall’s character was the unapologetic hedonist, chasing pleasure and novelty before all else. In scandalizing the brunch crew, she pushed the national conversation around women and sex forward a generation. Perhaps her most valuable contribution was to remind us that, when it comes to dating, every woman is a discrete person with individual preferences.

TV had seen its share of great romantic comedies by the time SATC debuted. There were plenty of popular sitcoms about female friendship, too, from The Golden Girls to Kate & Allie to Living Single; there is certainly no dearth of them now, either. But there had never been a show in which women spoke so openly about sex. And along with being the most adventurous of the SATC clique—compare her brief yet steamy same-sex love affair with that time Carrie played an anxious game of Spin the Bottle with Alanis Morissette—Samantha was the bluntest, funniest and least judgmental in discussing it. “I will not be judged by you or society. I will wear whatever I want and blow whomever I want as long as I can breathe and kneel”—so sayeth the divine Ms. Jones. A self-identified “try-sexual,” down to try anything once, she talked her incredulous friends through her one-night stands, her utter lack of interest in becoming a mother, the sex tape she purposely shot and distributed and, on a more serious note, her history with abortion. When she regained her libido after a heartbreaking brush with breast cancer (that felt weirdly punitive on the writers’ part, but I digress) and jumped back into bed with her 20-something model/actor boyfriend, you wanted to stand up and cheer.

When the writer Taffy Brodesser-Akner asked her Twitter followers, on Sunday, to “respond below with your suggested plotline that explains Samantha’s absence,” Parker jumped in with a reply of her own: “Pen and paper at ready.” Such is her right as the show’s executive producer and star. But, as someone who enjoyed SATC immensely as a college student before growing up to find it more groundbreaking than, well, actually good as television, I don’t really see the point. This is not a great moment for a series about three upper-middle-class, white, post-feminist women partying their way through a city even they shouldn’t be able afford—amid an economic climate where the conspicuous consumption of thousand-dollar shoes calls to mind the excesses of Marie Antoinette, to say nothing of the damage our current global health crisis has done to the sex lives of single New Yorkers. To have any chance of relevance in 2021, Sex and the City would need to lean hard on 60-year-old Samantha Jones as she navigated the increasingly app-based, gender-fluid, kink-savvy dating scene she helped to bring about. Better still, the show’s producers could have heeded some of their character’s wisest words: “What happened was in the past. Leave it there.” 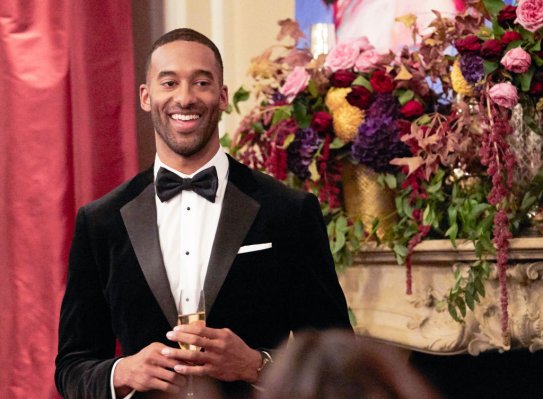 The Bachelor's Evolving Approach to Race
Next Up: Editor's Pick