Don't Call the Pandemic a Setback for Feminism

Getty Images
Ideas
By Koa Beck
Beck is the author of the forthcoming book, White Feminism: From the Suffragettes to the Influencers and Who They Leave Behind from Atria Books. In 2019, she was awarded the Joan Shorenstein Fellowship at the Harvard Kennedy School to research white feminism.

We are nine months into the COVID-19 pandemic in the United States and have known for some time that the economic devastation has been more acute for women than men. In September, four times as many women had left the workforce than men, producing a disparity that looks like nearly one million unemployed women vs. roughly a quarter of a million men. One of the amply reported reasons for this disparity comes down to gendered expectations around domestic work, caregiving and education; many women report scaling back their professional work to accommodate homeschooling and childcare, duties that men in heterosexual unions are not taking up—or are not expected to take up—in 2020 with as much urgency as women.

But just as concerning as the data is the growing cultural narrative that this impact is “undoing the progress of feminism” or that the coronavirus is “a disaster for feminism.” The story we are already telling in 2020 about the pandemic decimating “feminist” wins is a top to bottom myopic interpretation of gender rights.

While it is true that COVID-19 has been a “disaster” for all women, calling it a “disaster for feminism” when that description clearly refers only to the pandemic’s effect on professional women glosses over an ever-present and nefarious underlying ideology that pre-dates COVID-19: white feminism. This deeply flawed approach to achieving gender equality, which can be championed by anyone of any gender, race or class, offers a narrow definition of gender parity, consisting of work, influence and roles outside the home as the primary barometers for gender progress. Since the inception of white-feminist strategy in the early 20th century, this ideology has equated white collar earnings and individual accumulation of wealth and power with “feminism.” But for many women and other marginalized genders in the United States like nonbinary and gender-variant people, earnings have proved elusive, despite the growing number of women working outside the home.

The proliferation of women in the white collar workforce has been touted as a “win for women” on social media and in some press, but what this shorthand fails to acknowledge is that these successes were often built on the backs of other women. Brown, Black, Latinx and Indigenous women have been recruited across generations to take up the domestic work and childcare that has facilitated the growing workforce of women. The unquestioned celebration of these numbers have allowed a white-feminist ideology to flourish when what is really needed is a full-scale overhaul to existing systems. It’s telling, too, that the massive job losses to house cleaners during COVID-19 quarantine, most of whom are women with young children, has uniformly not been shorthanded as a “disaster for feminism.” The National Domestic Workers Alliance recently surveyed more than 20,000 women from at least 48 states, Washington, D.C., and Puerto Rico, three out of four of whom is the primary breadwinner of her family, and found that nearly 75% of them did not receive compensation for canceled work and more than 50% of them have not been able to pay their rent or mortgage in six months.

COVID-19 is not undoing “feminism”; it is revealing the key fissures in white-feminist ideology, which has always centered white heterosexual women of a certain income level but never women and nonbinary people below a middle-class income bracket or of other races or sexual orientations. Put another way: The disruption of the middle- to upper-class home during the COVID-19 pandemic reveals the ways in which mainstream feminism has not evolved beyond an empowering anthem for white women and those aspiring to their privilege; it remains a system in which middle- to upper-class women rely on low-income women of color for housework and childcare so they can participate in protesting and breaking the proverbial glass ceiling.

This is not entirely coincidental. White feminism’s relationship to structural power has always been that of ingratiation, of getting more women in the metaphorical door rather than questioning the threshold. Across four “waves” of overtly feminist organizing, white feminism has proved to be a successful strategy in abating systemic change, by encouraging women and other marginalized genders to become more individually focused on sustaining their families, their incomes, their education and their economic safety rather than challenging and reassessing the institutionalized elements that collectively keep us in a locked hierarchy. To that end, white feminism has also, historically and presently, not encouraged corporations, institutions and other powerful bodies to change much in the face of women’s continued oppression. For many, “pro-women” rhetoric and “feminist” branding has proved sufficient, without an explicit re-envisioning of policies, hiring practices, wages, and workplace protections as the 2020’s summer of protests against police brutality and broader issues of structural racism has revealed.

With so many institutions and systems crumbling in the wake of COVID-19, we now have the distinct opportunity to rebuild beyond white feminism. But to do this, we need to not return to “normal”—scenarios in which the labor of the home are outsourced to low-income workers while women in white-collar professional landscapes are offered a measly 12 weeks of unpaid parental leave and told to assemble the rest with vacation and sick days. Hopefully the pandemic has given more Americans a more holistic understanding of labor, one that complicates one-dimensional stay-at-home mothers vs. working-mom tropes, and incentivizes the critical cultural recognition that those who do domestic labor and take care of children, elders and the chronically ill, should have rights, protections, health insurance and paid time off similar to those who labor outside the home.

Capitalizing on this moment means not only pushing companies and institutions to change workplace policies but, more important, pressing our government to finally guarantee federally funded paid parental leave, paid sick leave and paid time off to tend to family emergencies. It also means demanding that the federal government take the long-overdue step of recognizing domestic labor as the critical work that is it and passing the federal Domestic Workers Bill of Rights, introduced in 2019 by our now Vice President-elect Kamala Harris. The lack of these essential policies has left women and nonbinary people across race and class economically vulnerable long before COVID-19. And it is a dereliction that we all share. For many movements led by women of color throughout American history, the passing of legislation like this is what constitutes “feminism.”

To address the fallout of this pandemic collectively means recognizing systemic failures and the broad ways in which our government has siloed us and demanded that we exploit each other. We must remake the institutions some of us potentially stand to reenter in 2021 and ensure that any wins extend well beyond them, but we must also be accurate about how we tell the story of this time: how women navigated the pandemic, how their needs were unmet and whose “feminist” progress exactly was dashed. 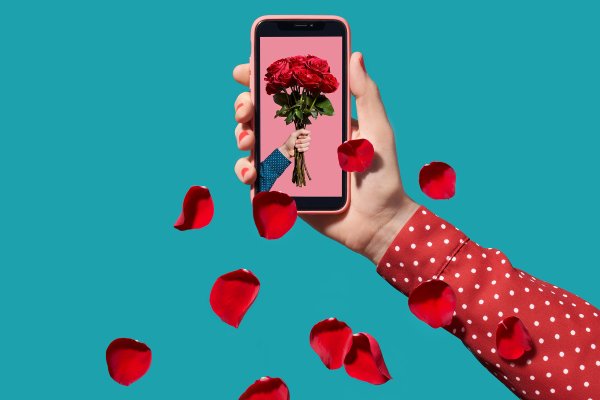 The Forever-Online Boyfriends of the Pandemic
Next Up: Editor's Pick