When Ryan Murphy saw The Prom on Broadway in January 2019, he knew he wanted to adapt it into a film under his deal at Netflix. The musical follows four semi-washed-up Broadway actors who seek out a cause as celebrity activists in the hopes of courting some good publicity to buoy their flailing careers. They set their sights on the conservative town of Edgewater, Indiana, where a high school senior named Emma was told that she couldn’t bring her girlfriend to the prom. Murphy found the show to be “one of the most uplifting, heartfelt and special musicals” he had ever seen on Broadway.

The film adaptation, which Murphy directed and is releasing on the streaming platform Dec. 11, remains true to its source material. The Prom begins in New York City, where Broadway vets Dee Dee Allen (Meryl Streep) and Barry Glickman (James Corden) are confronted with their worst fears when their show, a musical about Eleanor Roosevelt, closes on opening night. While commiserating at a bar, the duo are joined by cater-waiter Trent Oliver (Andrew Rannells) and Angie Dickinson (Nicole Kidman), a wistful performer who is always the chorus girl, never the star. It’s there that they discover Emma’s story trending on Twitter, and decide to help her, if only as a means to help themselves. Barry sings: “We’re going to help that little lesbian, whether she likes it or not!”

The starry cast of The Prom is rounded out by Keegan-Michael Key as Emma’s high school principal and Kerry Washington as the head of the school’s PTA. Murphy embarked on a six-month casting call for the roles of Emma and her girlfriend Alyssa, and found stars in both Jo Ellen Pellman and Ariana DeBose.

The movie goes for sensory overload with glittery costumes, energetic dance numbers and beltable songs, but its messaging is rooted in the need for inclusivity. The theatrical production was based on real experiences like Emma’s, which have been documented across the country. Here, TIME lays out everything to know about The Prom, from the real-life stories it’s based on to the barriers it broke on Broadway to Murphy’s approach to casting.

It’s loosely based on a true story

The Broadway production of The Prom is not based on one specific story. Instead, as playwright Bob Martin, who co-wrote the book for Broadway and the screenplay for the movie, told Global Citizen, it “was inspired by several incidents involving this kind of prejudice and exclusion, all revolving around the prom.” Perhaps the most notable incident took place in 2010, when the Itawamba Agricultural High School in Fulton, Miss., refused to let high school senior Constance McMillen and her girlfriend attend the prom as a couple. McMillen was also told she could not wear a tuxedo to the event—and that only male students were permitted to do so.

When McMillen fought back and got the American Civil Liberties Union involved, the school board decided to cancel prom altogether. In response, the ACLU filed a lawsuit against the school district. “All I wanted was the same chance to enjoy my prom night like any other student,” McMillen said in an ACLU press statement. “But my school would rather hurt all the students than treat everyone fairly.” While the movie’s depiction of bullying classmates may seem cartoonish, McMillen’s classmates really did blame her for ruining their fun; Glamour reported in its Women of the Year write-up on McMillen that one student wore a short that read, “Thanks, Constance, for ruining prom.”

While the prom was canceled, parents from the school organized their own version for most of the students to attend, and, according to McMillen, she and her date were tricked into attending a separate “fake” event. “They had two proms and I was only invited to one of them,” she said. “The one that I went to had seven people there, and everyone went to the other one I wasn’t invited to.”

The controversy put McMillen in the national spotlight, and several celebrities came together to support an inclusive prom organized by the Mississippi Safe Schools Coalition. Lance Bass, members of Green Day and celebrity chef Cat Cora all helped pay for the prom, which was open to any student who wanted to attend. The controversy was covered heavily on social media, and McMillen was awarded over $30,000 from her school district as part of their settlement with the ACLU. McMillen also appeared on The Ellen Degeneres Show and during her interview was gifted a $30,000 scholarship for college. McMillen’s school also changed their anti-discrimination policy as a result of the lawsuit.

Despite McMillen’s success in rallying national support for inclusivity, discriminatory policies still impact students when it comes to events like prom and homecoming. In 2015, a high school student from Memphis, TN was told by his high school that he was not allowed to bring his male date to homecoming. That same year, filmmaker Gillian Laub explored a town in Georgia where proms were racially segregated until 2010 in her documentary Southern Rites. In 2017, a high schooler in Buffalo, NY sued his principal for allegedly not allowing LGBTQ students to bring a same-sex date to school dances. And last year, a New Jersey student with Down syndrome was reportedly forced to leave her prom early while the other “neurotypical” students were not asked to leave.

The Prom’s barrier-breaking journey on Broadway

Broadway producer Jack Viertel came up with the concept for the Broadway show after seeing news reports about gay students not being allowed to go to their proms. He pitched the idea to Casey Nicholaw, who eventually served as the production’s director and choreographer. Nicholaw tapped Bob Martin and Chad Beguelin to write the book for the musical, and Matthew Sklar to compose the music. The show premiered in Atlanta in 2016, and then opened on Broadway in November 2018.

Though it was never a success at the box office, the reviews for the Broadway production were primarily positive. In his review for the New York Times, theater critic Jesse Green found the musical to be very entertaining. “With its kinetic dancing, broad mugging and belty anthems, it makes you believe in musical comedy again,” he wrote. For Variety, Frank Rizzo declared that “this cause celebre of a show turns out to be a joyous, funny, and sweet production that should appeal to several generations of musical fans.” And while the show certainly had its flaws, as Sara Holdren noted in her review for Vulture, like the contrived relationship between Principal Hawkins and Broadway star Dee Dee, she also recognized it didn’t really matter. “There’s such genuine joy rolling off the stage in The Prom that you’re ready and willing to forgive its minor misfires—just as the play’s quartet of hams and egotists are, at last, forgiven and redeemed,” she wrote.

The production was nominated for seven Tony Awards, including Best Musical and Best Original Score. The Broadway cast, which included Caitlin Kinnunen in a trailblazing performance as Emma, appeared on the Thanksgiving Day parade in 2018, and gave the telecast its first ever same-sex kiss on air. Months later at the Tony Awards, the cast performed a variation of the number, including the finale showstopper “Tonight Belongs to You” and Tony nominee Kinnunen and Isabelle McCalla, who played Alyssa, also kissed on the televised broadcast. Before the ceremony, Kinnunen told the Los Angeles Times that the kiss didn’t need to be a big deal: “There’s always backlash from the people who think it’s wrong and unacceptable, but there’s also always 10 times the amount of people who say, ‘Thank you, we feel seen and represented; this should be the norm.’ It’s been amazing the amount of love and support we get.”

Bringing The Prom to Netflix

In casting the film adaptation, Murphy came up with his dream slate of actors. Meryl Streep was high on his bucket list. He told The Wrap that Streep “said yes instantly” and that she trained “like an athlete for four months” in preparation for the role, which requires considerable singing and dancing. James Corden, Nicole Kidman, Kerry Washington, Andrew Rannells and Keegan-Michael Key also signed on, completing a roster of buzzy talent.

But at the film’s center is high school senior Emma, played by newcomer Jo Ellen Pellman. A recent graduate of the University of Michigan, Pellman was working three jobs and adjusting to life in New York City when she got the audition. “I poured my whole heart into it, broke down all the beats,” Pellman told the Hollywood Reporter. The actor saw the Broadway musical in 2018, and the story resonated with her because of her own experiences as a queer woman who also came out at her midwestern high school. When her casting was announced last year, Pellman thanked Murphy on Instagram for “trusting this lil queer actor from Ohio with the role of a lifetime.”

It was important to Murphy to cast an exciting newcomer in the role of Emma. “Jo Ellen had never been in front of a camera before and on her second day, she had a scene with Meryl Streep,” he told Variety. “Everyone loved her and took care of her.” He also noted that Ariana DeBose, who plays Emma’s girlfriend Alyssa, is “going to be an important cultural figure.” At just 29 years old, DeBose is already a Broadway veteran: she played the Bullet, the human embodiment of death, in the original cast of Hamilton and was nominated for a Tony for her performance as Disco Donna in Summer: The Donna Summer Musical. In 2021, she’ll star as Anita in Steven Spielberg’s film adaptation of West Side Story.

In The Prom, DeBose’s character Alyssa is forced to reckon with her sexuality, and struggles to be open about who she really is with her mother (Kerry Washington). “I’m really hoping that the mother-daughter relationship with Kerry will be something that is a great conversation starter for young, queer, beautiful girls of color,” DeBose told Vanity Fair.

The Prom began filming in December of last year, and was almost wrapped when the pandemic shut down the set in March. “We had just finished shooting Nicole doing ‘Zazz,’ and that was the night we found out that Tom Hanks had coronavirus,” Murphy told Variety. Four months later, with the help of epidemiologists and new industry protocols, The Prom became one of the first projects to resume production in the United States. “It reminded me of old classic musicals, like Singin’ In the Rain where part of that DNA of those musicals is to roll up your sleeves, figure it out, and put on a show,” Murphy said in an interview done by Netflix. “And that’s what we did.” 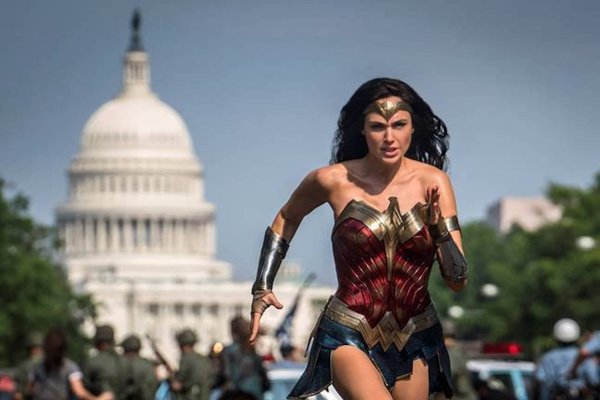 2020 Was Supposed to Be a Banner Year for Women Directors. Then COVID-19 Hit
Next Up: Editor's Pick