Actor Elliot Page attends the premiere of "Flatliners" at The Theatre at Ace Hotel on September 27, 2017 in Los Angeles, California. On Tuesday the actor announced that he is trans, and uses he/they pronouns.
FilmMagic—2017 Jason LaVeris
By Jasmine Aguilera

Oscar-nominated actor Elliot Page announced on Tuesday that they are transgender and their pronouns are he/they. The 33-year-old known for roles in Juno (2007), Inception (2010) and the ongoing Netflix series The Umbrella Academy shared a letter on Twitter Tuesday afternoon to make the announcement, one that was both celebratory and direct.

“I feel lucky to be writing this,” they wrote. “To be here. To have arrived at this place in my life…I can’t begin to express how remarkable it feels to finally love who I am enough to pursue my authentic self.”

(According to GLAAD, a national LGBTQ+ advocacy organization, they/them pronouns are used by some people who experience a non-binary gender identity outside the categories of man and woman.)

Page celebrated living authentically while also acknowledging the fear of sharing their gender identity publicly because of those who commit violence and harassment against trans people.

“The truth is, despite feeling profoundly happy right now and knowing how much privilege I carry, I am also scared,” Page wrote. Harassment and violence against trans people, particularly against trans women of color, is documented around the world. In the U.S., at least 37 transgender and gender non-conforming people have been killed this year, according to the National Center for Transgender Equality.

Page has long been an activist for LGBTQ+ rights and did not mince words about those who have spread hate against the trans community. “Enough is enough,” Page wrote. “You aren’t being ‘cancelled,’ you are hurting people. I am one of those people and we won’t be silent in the face of your attacks.”

Many have taken to social media to celebrate Page’s announcement, including Netflix, and several prominent trans activists and actors.

“Elliot Page has given us fantastic characters on-screen, and has been an outspoken advocate for all LGBTQ people,” said Nick Adams, GLAAD’s Director of Transgender Media in a public statement. “He will now be an inspiration to countless trans and non-binary people. All transgender people deserve the chance to be ourselves and to be accepted for who we are. We celebrate the remarkable Elliot Page today.” 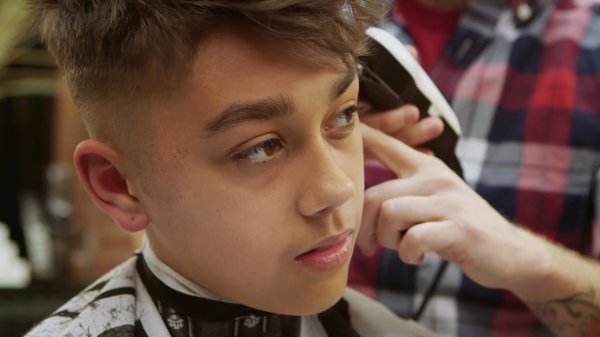 How HBO's Transhood Normalizes the Experiences of Trans Kids
Next Up: Editor's Pick