The actress Ellen Page confronted Republican presidential candidate Ted Cruz on his position on gay rights at the Iowa State fair Friday, surprising the U.S. senator for Texas while he grilled pork chops.

The two spoke for about five minutes after Page, who is gay, asked about LGBT people “being fired for being gay-trans” and Cruz countered that “we’re seeing Bible-believing Christians being persecuted for living according to their faith.” The exchange was recorded by ABC News.

Cruz then asked Page whether she knew about persecution of gay people in Iran and at the hands of ISIS. Cruz, who opposes same-sex marriage, told ABC afterward that he did not realize he was speaking with Page, an Academy Award-nominated actress who came out last year on Valentine’s Day. He added they had discussed religious liberty. 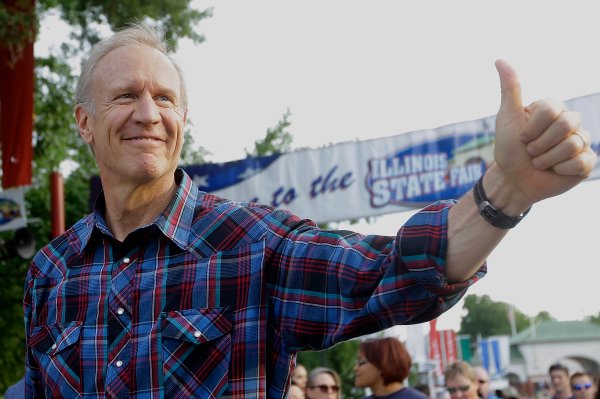