My Only Beef With the iPhone 12 Mini? I Wish It Was Even Smaller

Smartphones might be made by humans, but they sure don’t feel made for us. With huge screens, inscrutable interfaces, and a laundry list of specifications hyped up to make you look at your current phone with disdain, just once it’d be nice to get a phone that maybe understands how I move through the world (or, for now, sit around at home).

Apple’s newest iPhone 12 lineup maintains that trend of subtly human-hostile design, though one new entry stands out as the most appealing of the four new models. After spending a few weeks with it, it’s safe to say the iPhone 12 mini is my favorite of the bunch, even if it needs a little extra juice a little more often, a hassle I’m happy to deal with probably because it does everything else pretty well without getting in the way—literally.

In a world with huge displays, cameras bordering on overkill, and a total disregard for the pocket sizes of every man, woman, and spoiled teen, the iPhone 12 mini’s most incredible boon is its diminutive size, a defiant cry that says the tiny smartphone isn’t dead just yet. It slips in and out of my pants with ease, and doesn’t make me feel like I’m doing permanent damage to my fingers when I try to reach for a button at the top of the screen. As the cheapest of the company’s newest lineup, the 12 mini delivers in the value department, too—$699 is a lot for a phone, but spending that much gets you a pretty powerful device that doesn’t do everything, because it doesn’t need to.

For one, the mini is just as capable as its bigger brothers when it comes to performance. It uses the same A14 Bionic processor in the slightly larger iPhone 12 and more capable iPhone 12 Pro and Pro Max. The iPhone 12 mini manages to fit even more screen in a package smaller than the older iPhone SE, Apple’s other “small” phone. The 5.4” Super Retina XDR display is basically a screen without a fault, and the front-facing TrueDepth camera makes logging in a breeze.

The iPhone 12 mini’s pair of rear cameras—a pair of 12 megapixel wide and ultrawide lenses (same on the iPhone 12)—are hard to beat. Not only do they now record HDR video in Dolby Vision, but the impressive night mode feature now works on both lenses, meaning your low light shots are going to look pretty damn good. Some might find the inclusion of an ultrawide lens rather than a telephoto one to be frustrating, but that’s a conversation between you and your desires (and your wallet). If you’ve grown accustomed to something like a zoom lens on your smartphones, you won’t find that here.

In addition, you won’t be able to take any low light portrait photos, and there’s no LiDAR for faster autofocus as it exists on the iPhone 12 Pro and Pro Max. Apple’s new ProRAW image format (allowing for easier photo editing) is also out of reach on the 12 mini, as are the bigger sensors and optical image stabilization in the 12 Pro Max.

Of course, all the new iPhones have 5G. But for a variety of reasons, you’ll be hard pressed to find reliable 5G service. Due to slow rollout, a dearth of hardware, and a currently nebulous potential promising faster speeds, 5G as a selling point isn’t exactly all it’s cracked up to be, at least for the next few years. Depending on your location, be it a big city or suburb, the benefits of 5G will vary wildly. For me, in some instances, using 5G turned out to be slower than relying on the existing 4G LTE network.

Another unexpected side-effect of 5G on the iPhone 12 mini? Bad battery life. When waiting in line for a COVID-19 test, I found my phone running on fumes after a few hours of idle doomscrolling and podcast listening, forcing me to pull out an external battery to keep myself from a dead smartphone. Will it get you through the day? Sure, as long as you remember to stop using it when your juice starts to drain like there’s a hole in the side of the thing.

But more user-friendly features, like the new iPad Air’s slick power button fingerprint sensor, are nowhere to be found, though it would have been a perfect addition for our mask-covered mugs. There are a few novel ideas, though, like a reinvention of the company’s famous MagSafe magnetic charging system. This time, instead of charging your laptop, the new MagSafe involves wireless charging and a ring of hidden magnets inside the iPhone. The magnetic charging pad sets with a satisfying snap, and slides off with a swift motion (though it wouldn’t hurt to figure out a way to affix this thing to a table). That magnetic element also allows you to affix MagSafe-approved accessories to the back of your phone, like cases or card holders. It’s smart, dead simple to use, and (mostly) a reliable charging experience.

What sells the entire experience is iOS 14, a software update that brings marked improvements to the bland grid of app icons that have dominated the iPhone’s display since the beginning. Instead of rows and squares, apps can now be replaced by adjustable widgets showing you the weather forecast, a preview of that podcast you’re listening to, a photo slideshow, or a list of your most frequently used apps for easy access. A similar feature available has been available for ages on Android smartphones, and Apple’s implementation is more form than function until developers figure out what to do with it. Major updates to apps like Messages make group chatting easier, and other slick refinements, like Siri (and incoming phone calls) no longer dominating your entire screen make the entire update feel like the turning of a tanker ship, slow and deliberate.

A friend asked if he should ditch his year-old iPhone 11 Pro and trade it in for a smaller 12 mini. “My little hands cry out for a reasonably sized phone,” he said, a feeling that takes corporeal form as an occasional twinge in my thumb. “Yeah,” I said. “Get your tiny phone.” In reality, I’m only satisfied with the mini’s size because I’d be foolish to think they’d make it any smaller.

The iPhone 12 mini will probably be my favorite iPhone for quite some time, bells and whistles be damned. But isn’t that what it’s about? Picking your favorite? A phone that you like because it feels good to use, not unwieldy and dangerous to pull out. For me, the iPhone 12 mini and its fun-sized dimensions, exceedingly impressive pair of cameras, and performance parity with Apple’s high-end smartphones make it a no-brainer, even if you think you need a third lens on your smartphone. You probably don’t, by the way—you probably just need an actual camera. 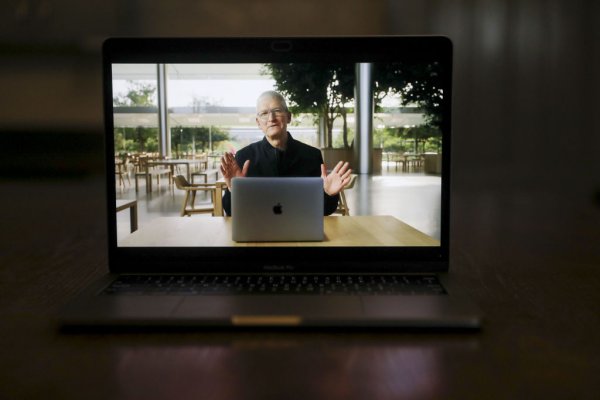 Apple's New MacBooks (and Mac Mini) Are Powered By iPhone DNA
Next Up: Editor's Pick