There Are Perfectly Good Reasons to Upgrade to an iPhone 12. 5G Isn't One of Them

Apple’s new iPhone 12 lineup, revealed Tuesday, has plenty of the upgrades you’d expect: a faster processor, a better camera, a new design. But the feature that’s getting the most hype is the new 5G wireless chip, which will let the devices connect to the latest high-speed mobile broadband networks.

Apple CEO Tim Cook talked up the benefits of including the new cellular standard in the iPhone 12 line, citing improvements on everything from video streaming to consumer privacy. “Each generation of cellular technology on iPhone has enabled breakthrough innovations and entirely new opportunities for our developers and our users,” said Cook during the virtual event. “For so many people this all becomes real with 5G coming to iPhone.”

It’s about time the iPhone gets 5G, a feature that’s been available on Android phones for years. But whether 5G is really a selling point is out of Apple’s hands—in fact, it might be the least enticing iPhone 12 feature, at least for those of us in the United States. While 5G advocates have long promised the technology would empower groundbreaking new technologies, those results have so far failed to materialize, especially in the U.S. Even some top wireless executives have recently been trying to reset consumers’ expectations around 5G. That’s a remarkable and telling turnaround, given how long the carriers and tech companies have spent hyping the technology as the next big thing for us to spend our money on.

U.S. 5G adoption, coverage and speeds remain abysmal compared to other countries like South Korea and China. In fact, 5G speeds on offer from major U.S. wireless carriers like AT&T and Verizon are actually slower than speeds on existing 4G LTE networks, according to PCMag, which has long published an annual report on wireless speeds across the country; the most recent edition found that nationwide 5G speeds were “disappointing all around, on every carrier.”

In part, the disheartening practical results are due to infrastructure issues—Huawei, one of the world’s foremost makers of 5G components, has been sanctioned by the U.S. amid fears that the China-based company can’t be trusted to help build the backbone for major American wireless networks. Thus, U.S. carriers have been forced to make do without Huawei’s tech, resulting in slower 5G development compared to countries that are using Huawei’s gear.

If you upgrade to 5G now, you might get lucky and see a benefit right away. Whether that happens mostly depends on the smartphone you’re using, your location, and whether your wireless carrier has deployed an actual 5G network rather than a facsimile using existing 4G technology. Furthermore, while a carrier might advertise 5G service in a given city, that service could be limited to a few city blocks, and will most likely be useless to you in the pandemic era while you whittle away your days at home and generally avoid crowded spaces. And with so few real-world examples of 5G’s benefits aside from faster movie downloads or clearer video calls, it’s hard to suggest your average consumer pay a premium for a 5G device.

Of course, Apple’s new lineup—the iPhone 12, 12 mini, 12 Pro, and 12 Pro Max—brings more than 5G to the table. Starting at $729, the diminutive iPhone 12 mini will be appreciated by the smaller-handed among us. It has an iPhone SE-like form factor, yet has nearly every big new feature as the larger iPhone 12—both have identical components, including a more shatter-resistant glass display, faster processor, and improved cameras for better low-light photography. The 6.1-inch iPhone 12 Pro ($999) and 6.7-inch 12 Pro Max ($1,099) add an extra rear camera lens and LiDAR sensor for faster autofocus in low light. All of the new iPhones also feature Apple’s new wireless charging tech, MagSafe, which uses a ring of magnets embedded in your iPhone to connect to wireless chargers and accessories, like a new wallet add-on.

Still, the inclusion of 5G, while expected, isn’t much of a selling point just yet, at least in the U.S. 5G networks around the country are, to put it mildly, stumbling along. Some locations are a total crapshoot when it comes to speed, sometimes even falling behind their older 4G LTE counterparts. There are some other reasons to upgrade, especially if you want a smaller iPhone without sacrificing features, but don’t count on 5G changing your world just yet. To some degree, buying a 5G iPhone in 2020 is really just future-proofing yourself—a bet that sometime in the next year or two, 5G will develop enough that you’ll see a notable difference before your next upgrade. But I wouldn’t bet on that, personally. 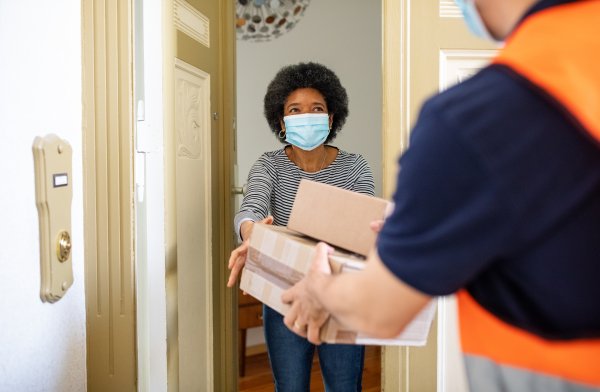 The Best Amazon Prime Day Tech Deals We Could Find
Next Up: Editor's Pick