The Story of the Library of Alexandria Is Mostly a Legend, But the Lesson of Its Burning Is Still Crucial Today

A 19th century illustration of the burning of the Library of Alexandria.
Heritage Images/Getty Images
By Richard Ovenden

The opening episode of Carl Sagan’s TV series Cosmos, first shown in 1980, lamented the most famous burning of books in history—the conflagration that destroyed the Library of Alexandria. “If I could travel back into time,” Sagan told his viewers, it would be to the Library of Alexandria, because “all the knowledge in the ancient world was within those marble walls.” The destruction of the library was, he said, a warning to us 1,600 years later: “we must never let it happen again.”

Sagan stood in a line of writers who, for the last two or three hundred years, have made the word Alexandria conjure up not a place—a city in Egypt—but an image of a burning library. The term Alexandria has become shorthand for the triumph of ignorance over the very essence of civilization. From the French Revolution, through the early history of the United States of America, from the First World War to the conflicts in the Balkans in the late 20th century, the word Alexandria has been a reference point for the subsequent destruction of libraries and archives. The greatest library ever assembled by the great civilizations of the ancient world—containing a vast ocean of knowledge now lost to us forever—was incinerated on a great pyre of papyrus.

The story of Alexandria is a myth—in fact a collection of myths and legends, sometimes competing with each other—to which the popular imagination continues to cling. The idea of a truly universal library, a single place where the entire knowledge of the world was stored, has inspired writers as well as librarians throughout history. Our knowledge of the real ancient Library of Alexandria is to say the least patchy, the primary sources being few, and mostly repeating other sources, now lost, or too distant to be able to be sure of. If we are going to heed Sagan’s warning, however, we must be sure of the true reason for the library’s demise.

There were in fact two libraries in ancient Alexandria, The Mouseion and the Serapeum, or the Inner and Outer Libraries. One of our sources about the Alexandrian Library is the Roman historian Ammianus Marcellinus, who, in his History (written around AD 380-390) also brings together the two key facts: that there was a massive library, and that it was destroyed.

But while the fact that the library failed to exist beyond the classical period is unquestioned, exactly why is less clear.

Ammianus Marcellinus thought that it happened when the city was sacked under Caesar, and Caesar himself reported the burning of Alexandria as an accidental consequence of his war against his great rival Pompey, in 48–47 BCE. Ships bringing enemy troops had been docked in the harbor, close to a series of warehouses, and Caesar’s troops torched them. In the conflagration that followed, a number of nearby buildings were destroyed. Following the city’s instructions that all incoming ships should be searched for books, which were required to be copied for the library, it is feasible that these seized books had been temporarily stored in the dockside warehouses. In this account, material damage was done to the collections of the library, but it was not its end. This ties in with the account of the geographer Strabo who did much of his own research some decades after the events of 48–47 BCE using sources from the library.

The Serapeum seems to have suffered a fire at some point around CE 181 and again in 217 but was rebuilt, although there is no indication whether the fire affected the library or just the temple complex. In CE 273 the Emperor Aurelian recaptured Alexandria after it had been occupied by the insurgent rebellion of Palmyra, destroying the palace complex and almost certainly inflicting damage on the library, but if this is a true record, then it is possible that the Library of the Serapeum may have outlived the Mouseion.

The writer Edward Gibbon, in his classic The Decline and Fall of the Roman Empire dismissed another theory, that the destruction could be blamed on one of the Muslim conquerors of Egypt, Caliph Omar. This version of events had been reported by some early Christian writers, including an evocative story of the scrolls being fuel for the thousands of hot baths in the city. The Enlightenment skeptic was scathing in his analysis of that account: it was scarcely logical that the Caliph would burn Jewish and Christian religious books, which were also considered holy texts in Islam.

For Gibbon, the Library of Alexandria was one of the great achievements of the classical world and its destruction—which he concludes was due to a long and gradual process of neglect and growing ignorance—was a symbol of the barbarity that overwhelmed the Roman Empire, allowing civilization to leach away the ancient knowledge that was being re-encountered and appreciated in his own day. The fires were major incidents in which many books were lost, but the institution of the library disappeared more gradually both through organizational neglect and through the gradual obsolescence of the papyrus scrolls themselves.

Alexandria is, in that telling, a cautionary tale of the danger of creeping decline, through the underfunding, low prioritization and general disregard for the institutions that preserve and share knowledge: libraries and archives. Today, we must remember that war is not the only way an Alexandria can be destroyed.

The long history of attacks on knowledge includes not just deliberate violence—during the Holocaust or China’s Cultural Revolution, for example—but also the wilful deprioritization of support for these institutions, which we are witnessing in Western societies today. The impact that these various acts of destruction of libraries and archives has had on communities and on society as a whole is profound. Communities in places like Iraq and Mali have seen Islamic extremists target libraries for attack, and in the U.K. over the past decade, more than 800 public libraries have closed through lack of support from local Government. Today, with major technology companies taking control of the archive as it moves into the digital realm, the complacency of society has meant lack of regulation, control and privacy surrounding the most powerful bodies of knowledge ever seen.

“There is no political power without power over the archive,” wrote Jacques Derrida, the great French critic, in his classic work Archive Fever. The power of the “legend” of Alexandria prompted the creation of a new Library of Alexandria in the modern Egyptian city, which was opened in 2002 with a focus on storing and preserving digital information. That Library is still operating today, together with one of the best Schools of Library and Information science in the region. The hum of its vast server farm has replaced the quiet concentration of the scholars who worked in the institution of the classical period. But even the newest, most advanced libraries need to be treasured and respected if the knowledge they contain is to survive.

Richard Ovenden is the author of Burning the Books: A History of the Deliberate Destruction of Knowledge, available now from Belknap Press. 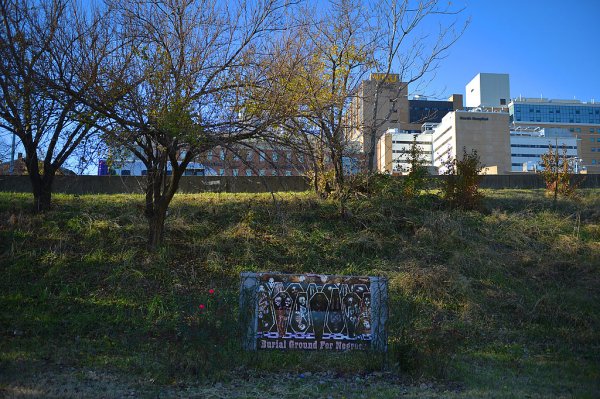