As the COVID-19 Pandemic Worsens, the Affordable Care Act Faces Yet Another Supreme Court Test

One week after voters chose not to reelect Donald Trump to another term as president, the Supreme Court will hear arguments Tuesday in a case that centers on a long-held goal of Trump and other Republicans: abolishing the Affordable Care Act (ACA).

The stakes could not be higher. If the Supreme Court were to overturn the law, the move would upend the U.S. health system in ways that affect nearly every American in the middle of a worsening pandemic. More than 20 million people would lose health insurance, protections for people with pre-existing health conditions would disappear, preventive care—including a future coronavirus vaccine—would no longer be free, and most health plans could charge patients more and cover less care.

Without a political fix, “the results would be immediate and calamitous,” Nicholas Bagley, a health law expert at the University of Michigan Law School told TIME recently.

Tuesday’s case, brought by a group of Republican state officials and backed by the Trump Administration, is the third time the ACA is facing a major challenge before the Supreme Court. During its first test in 2012, Chief Justice John Roberts and the court’s four liberal justices upheld the law’s “individual mandate” that Americans must buy insurance or pay a penalty: the court ruled that Congress could impose a tax on those who did not have insurance.

In the years since, Republicans have failed to make good on their repeated promises to repeal and replace the ACA, but they’ve chipped away at the law’s powers. In 2017, Congressional Republicans effectively killed the individual mandate by reducing the tax penalty to zero. The current case centers on that decision. The Republican states, led by Texas, are arguing that because the penalty is now set at zero, it is no longer a meaningful tax and so is unconstitutional. If the mandate goes, they argue, the entire ACA should go with it.

The case puts the Obama administration’s landmark law in significant danger. The Supreme Court is now much more conservative than when it heard challenges to the ACA in 2012. Trump has appointed three justices, and his most recent, Justice Amy Coney Barrett, has criticized Roberts’ reasoning in the 2012 opinion.

But the case is not a done deal. A group of liberal states, led by California and backed by the House of Representatives, is defending the law. They argue that a tax penalty is still a tax even if it’s set at zero—and that even if the Justices strike down the penalty, the rest of the law can be “severed” from it.

Several recent Supreme Court decisions suggest at least some justices favor that view. This summer, Roberts wrote an opinion ruling that the Consumer Finance Protection Bureau could remain even as the court struck down part of the law creating the federal agency, and Justice Brett Kavanaugh wrote a similar opinion in a case about robocalls.

Health law experts from across the political spectrum say that the Republican challengers’ legal arguments are weak, especially given the court’s preference for this “severability” legal doctrine. “The case urges the court to adopt an approach to severability that is not only at odds with existing Supreme Court precedent, it is also at odds with originalist understandings of severability,” Jonathan Adler, a libertarian law professor at Case Western Reserve University whose research helped spur the 2015 challenge to the ACA, told TIME earlier this fall. Some scholars expect that Kavanaugh, and possibly other conservative justices too, may side with Roberts and the court’s remaining liberal bloc, ruling to keep most of the law intact.

The Obama administration did say in 2012 that the mandate was necessary for some other key portions of the law to function, but that has proven not to be the case. After the penalty was set to zero in 2017, Americans have continued to sign up for insurance using the ACA exchanges, and the rest of the ACA’ s protections have continued to exist largely as before.

Legal experts also question whether those challenging the constitutionality of the law even have standing to sue. They question whether the Republican states, which are joined by two individual plaintiffs, have been sufficiently harmed by the lack of a penalty to give them the standing in court.

Still, lower courts have sided with the challengers. A federal judge in Texas struck down the whole law in December 2018, and the U.S. Court of Appeals for the Fifth Circuit agreed the individual mandate was unconstitutional, but sent the case back to the lower judge to examine which parts of the law might be kept.

President-elect Joe Biden has said he wants to build on and expand the ACA. The high court likely won’t rule on the case until near the end of its term in June, and political fixes are possible in that time. Theoretically, Congress could make the case moot by re-revising the legislation to include a tax penalty, however small. It could also add in language to the law saying the rest of it is severable from the mandate or could repeal the mandate altogether.

Those options will be difficult with a divided Congress. So far, many Republican lawmakers, including Senate Majority Leader Mitch McConnell, have declined to throw their weight behind the lawsuit in recent months, instead insisting that the ACA is unlikely to be struck down.

After years of controversy, the ACA now enjoys near record popularity. Most Americans do not want to see it overturned. While Republicans still support the court striking down the law, majorities of Republicans, independents and Democrats want its protections for people with pre-existing conditions to remain intact.

Over the last decade, the ACA has become deeply enmeshed in not only how the public, but also how hospitals, doctors, insurance companies and state governments see health care in the United States. With the COVID-19 pandemic on pace to worsen this winter, Biden and Congress will face enormous pressure to act to keep the health system afloat if the court does overturn the law next year. 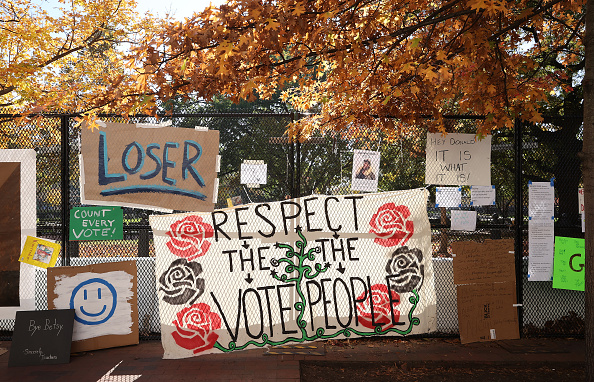