House Democrats announced that the Judiciary Committee is introducing two articles on abuse of power and obstruction of Congress for the next steps in the House impeachment inquiry against President Donald Trump at the U.S. Capitol in Washington, D.C., U.S., on Tuesday, Dec. 10, 2019.
Andrew Harrer/Bloomberg via Getty Images
By Alana Abramson and Philip Elliott

Even as former Vice President Joe Biden was officially declared the winner in the race for the White House, Congressional Democrats were bickering over why their party had fallen short of electoral expectations in down-ballot races.

Heading into election night, Democrats were riding high on a deluge of state and national polls predicting a “blue wave” that would put Democrats in control of the White House and the Senate, while expanding their majority in the House of Representatives. That didn’t happen. The Associated Press finally called the House for Democrats late Tuesday—a week after Election Day polls closed. Democrats retained at least 218 seats, ensuring a majority—and could add a few more as more votes are counted. However, House Republicans have already added at least four more members to their caucus—meaning the Democratic majority is guaranteed to be smaller.

This discrepancy between expectations and reality is forcing a reckoning among Democratic leaders — not only about the polling that led them astray, but about the nature of the Democratic caucus itself. While the intra-party finger-pointing is currently unfolding largely behind closed doors and on invitation-only conference calls, it may soon erupt into a public brawl.

The battle appears to be forming along familiar ideological lines, with moderates on one side and progressives on the other. Moderates, like Rep. Abigail Spanberger, complain that progressives’ rhetoric calling for defunding the police and Medicare for All hurt candidates running in swing and conservative districts. Others fretted that House Leadership, including Democratic Congressional Campaign Committee Chair Cheri Bustos, did not do enough to protect endangered incumbents from brutal attack ads calling them big-government socialists. The DCCC spent $75 million defending the most vulnerable incumbents this cycle, according to an aide, and successfully poured an extra $1 million into races in Nevada’s Third district and Michigan’s 11th district when the organization saw polling tightening. Still, one operative, requesting anonymity to speak more candidly, was blunt: “You lose when defense is as important as offense. That’s what f****ng happened. We got excited about expanding, so excited in fact that we forgot the basics: protect your damn incumbents!” Progressives, meanwhile, framed Democratic losses as the result of the party failing to embrace big, bold new ideas.

“We need to figure out, as a party, what happened, and really dig in,” says Kristen Hawn, a Democratic strategist and partner at ROKK solutions. “We didn’t have a clear enough message as to what we’re for and what we’re not.”

On the Senate side, Democrats failed to beat Republican incumbents in South Carolina, Kentucky, Iowa, Montana, North Carolina and Maine. Control of the Senate will ultimately hinge on two runoff races in Georgia, but Republicans are widely expected to retain control the chamber.

Democrats’ showing in the House of Representatives was similarly limp. While they will keep control of the lower chamber, their majority overall has contracted, with Republicans ousting at least seven Democratic lawmakers from conservative districts, including New Mexico’s First Congressional District and Oklahoma’s Fifth. Some of those losses were expected; Democrats didn’t win in some deeply conservative districts where incumbents faced steep uphill battles with President Donald Trump atop the ticket. But Democrats also lost two Florida seats they’d considered relatively safe and were unsuccessful in most of their top pickup targets.

In a caucus-wide phone call Thursday that lasted more than two hours, lawmakers raised their voices and broke down in tears. Some, including Pramila Jayapal and Hakeem Jeffries, who is being groomed to the Democrats’ next leader, scolded colleagues for live-texting the call with reporters. House Speaker Nancy Pelosi tried to quell the mounting anxieties and anger among members, acknowledging that it was a “challenging election” and reiterated that “incumbent protection is my number-one priority,” according to a person on the call.

Bustos also acknowledged on the call that the polling her organization was using had been wrong, and that she was in search of answers on why. “I’m furious. Something went wrong here across the entire political world,” she told the caucus, according to another person on the call. “Our polls, Senate polls, [Governors] polls, Presidential polls, Republican polls, public polls, turnout modeling, and prognosticators all pointed to one political environment — that environment never materialized.”

Centrist Democrats complained that candidates were vulnerable to attack ads by Republicans painting Democrats as “socialists” who want to “defund the police.” They said that even if that depiction is a far cry from the Democratic Party’s platform, attacks were made more credible by the outspoken liberal faction of the party. “This idea that the far left faction is dominant is not necessarily the case. They may be very loud and very vocal… but you have half the caucus, over 100 members of the caucus, identifying as centrist,” says Hawn, the strategist.

Spanberger, who narrowly retained her seat, previously held by former Republican House Majority Leader Eric Cantor, reportedly told her colleagues an attack ad launched against her about defunding the police nearly cost her the race.

Progressives, meanwhile, have complained that a centrist Democratic Party committed to incremental reform cannot win in among an electorate increasingly worried about the widening wealth gap, climate change and a planet literally melting down. Liberal groups who backed Sanders shuffled along behind Biden but their hearts weren’t in it. They had fought hard for Medicare for All and a Green New Deal; they were left with an Obamacare hobbled by successful Republican court challenges and an energy policy that retains fossil fuels and fracking.

Rep. Mark Pocan, co-chair of the Congressional Progressive Caucus, agreed the party needed to do a deep dive into the results. He contended that progressive activism had helped Biden, even if it possibly hurt some other candidates. “I would argue we wouldn’t have Joe Biden [winning the White House] if you didn’t have progressive ideals because the turnout in states like Georgia, Michigan, Wisconsin and Pennsylvania likely helped get some of those younger more progressive votes out,” he said. “Was there a negative effect in individual congressional districts? I don’t know. That’s what we need to find that out.”

While these tensions are not new, they will take on new resonance now that Biden has clinched the White House. For the last eight months, intra-party divisions have been largely masked by the common goal of defeating Trump. Progressives told themselves that they could accept Biden if it was the quickest means of removing Trump. “Joe Biden at the end of the day is a very clear means to an end of getting this current disaster out of office and carving a path to where we need to go,” says progressive strategist Neil Sroka.

But down-ballot Democrats’ less-than-enthusiastic electoral showing will likely harden the two camps’ resolve. Moderates will continue to argue that if the Democratic Party had done a better job of distancing itself from progressive rhetoric, more Democrats would have won, while Progressives will argue that 2020 was a missed opportunity chasing the center.

“The old guard of the Democratic Party doesn’t have it together. We need new blood,” says Waleed Shahid, communications director for Justice Democrats, a progressive group. “Separate from the Joe Biden campaign itself, many Democrats will begin to feel that the system is really rigged, whether it comes to the Electoral College or the Supreme Court, that there is something deeply illegitimate about the way that the system is run.”

In her weekly press conference Friday, Pelosi tried to paper over divisions within the party. She acknowledged disagreements, but insisted they were not detrimental to governing. “We always have a beautiful dynamism in our caucus,” she said. “I would say we have a healthy difference of opinion within our caucus but not in any way to be problematic in how we legislate. The message in the districts we have to win is the message that unifies us: a message for America’s working families.” 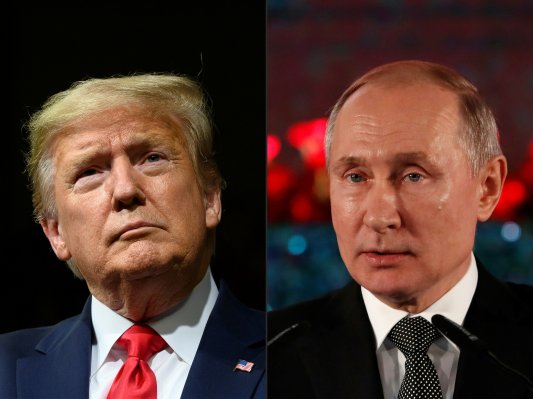