Here Are 9 Lessons From the 2018 Midterm Elections

There was no single breakthrough message from Tuesday’s midterms. In a split decision at the congressional level, Democrats won the House decisively, while Republicans padded their margin in the Senate.

But looking closely at the results, several lessons stand out on where American politics is headed next.

Here’s a closer look at nine takeaways from the midterm election results.

The 2020 campaign starts today, and it’s going to be crazy

President Trump wasn’t on the ballot Tuesday night, but he may as well have been. From suburban House districts where voters rebelled, to red states where they rallied behind him, Trump remained the center of the storm. His last-minute attacks on a migrant caravan and musings about birthright citizenship ensured that immigration was a hot topic for Republican voters.

The president already raised more than $100 million for his re-election campaign, while the midterms showed the power of Democratic small donors.

‘Panera Republicans’ are defecting from the party

The path to a Democratic majority in the House ran through congressional districts where you’re likely to find a lot of people getting coffee and a sandwich at a place like Panera Bread. Democratic candidates beat Republican incumbents in suburbs on the outskirts of major U.S. cities in Virginia, New York and Minnesota. That is partly due to changes in American suburbs, which are more diverse than they used to be, and partly due to Trump’s strategy of aiming for his base, which works better in conservative and rural areas.

Democrats are rebuilding their bench, but they lack stars

Democrats pinned their homes on three marquee candidates: Beto O’Rourke in Texas, Andrew Gillum in Florida and Stacey Abrams in Georgia. O’Rourke and Gillum lost Tuesday and Abrams is trailing, but vowing to fight for a run-off. At the same time, first-time Democratic candidates won down-ballot races for state legislatures and the House of Representatives, rebuilding after years of sustained losses during the Obama Administration. For some of those candidates, Tuesday’s elections were just the beginning of long and varied careers.

The electoral map is changing, but it’s not clear yet entirely how

Democratic Sen. Tim Kaine’s easy win in Virginia proved that it’s now pretty much a blue state, while Republicans’ near-total romp in Ohio showed that it may be turning red. Meantime, close statewide races in Arizona, Georgia and Texas indicated that they may become swing states sooner rather than later. And Democratic wins in Michigan, Wisconsin and Pennsylvania raised questions about whether Trump can repeat his narrow wins there in 2020.

The demographics of the two parties are diverging starkly

This year’s midterms included a lot of firsts: Jared Polis became the first openly gay man elected governor; Sharice Davids and Debra Haaland the first Native American women elected to Congress; and Ilhan Omar and Rashida Tlaib, the first Muslim women in Congress. All are Democrats. While Republicans also had some firsts — first female governor of South Dakota, first female senator from Tennessee — the Democratic wins showed a party that is embracing diversity, in stark contrast to the GOP.

Red and blue states’ approaches to voting is also diverging

Red states made voting harder Tuesday, as voters in North Carolina and Arkansas approved voter ID requirements. At the same time, blue states made voting easier, with Nevada approving automatic voter registration and Maryland backing same-day voter registration. In Michigan, voters approved a suite of provisions including same-day voter registration, straight-party voting and no-excuse absentee voting. Meantime, in the swing state of Florida, voters approved restoring the voting rights of 1.4 million residents who have been convicted of a felony and served their time.

Read More: Voting Itself Was on the Ballot Tuesday. Red and Blue States Went Different Ways

Michigan became the 10th state in the country and the first in the Midwest to legalize recreational marijuana and Gov.-elect Gretchen Whitmer said she will consider expunging criminal records for people convicted of marijuana crimes in the past. Voters in Missouri and Utah, meantime, legalized medical marijuana, while legal marijuana advocate Jared Polis won Colorado’s governorship. The lone exception: North Dakota, where a recreational marijuana ballot measure failed.

Read More: Marijuana Did Well on the Ballot Tuesday

Red state lawmakers may not like Medicaid, but their voters do

After state lawmakers balked at expanding Medicaid, voters in the red states of Idaho, Nebraska and Utah took matters into their own hands, approving ballot measures that would offer the state-and-federal health insurance program to more low-income adults. In Maine, voters elected Democratic gubernatorial candidate Janet Mills after the outgoing Republican Gov. Paul LePage blocked a legislatively approved expansion for a year. 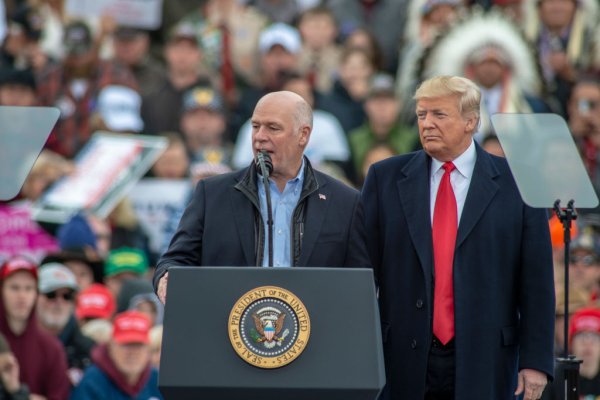 Candidates Accused of Crimes Won Big in 2018 Midterms
Next Up: Editor's Pick