By Jamie Ducharme and Alice Park

That was Vice President-elect Kamala Harris’ response when asked by the moderator of an Oct. 7 debate whether she would get vaccinated against COVID-19. It perfectly captured the politicization of the U.S. response to COVID-19 under the outgoing Trump Administration—and how dangerous that red and blue tinting of the pandemic response has been for the American public. Behaviors like wearing masks and social distancing, which should be about protecting public health, have turned into loaded statements of party affiliation and have been twisted into campaign strategy, no doubt contributing to the high death toll from the disease and a worrying erosion in people’s confidence in the science that ultimately is the only way out of the pandemic.

Joe Biden’s public-health team now faces a two-pronged challenge: confronting a still mysterious virus that shows no signs of waning, and convincing the American public that parts of the pandemic response that began under the Trump Administration—particularly vaccine development—remain untainted by political influence.

To tackle that task, the new Administration will have a number of options. As President, Biden can appoint new heads of the government’s major health agencies, including the Secretary of Health and Human Services; the director of the National Institutes of Health; the commissioner of the Food and Drug Administration (FDA); and the director of the Centers for Disease Control and Prevention (CDC). Public-health experts have been critical of the lack of strong scientific guidance from these agencies over the past year, and the extent to which they appear to be influenced by the White House. Changing the leadership would be a signal that the Biden Administration will prioritize science and scientific integrity, and help to restore the public’s confidence in its pandemic response.

But replacing leadership may also backfire if the ultimate goal is to generate respect for science and scientists, since many, despite pressure from the Trump Administration, managed to stand their ground and not allow political pressure to compromise scientific principles. During his time as President, Trump repeatedly manipulated the public-health response to meet his own political needs: he admitted in a recorded March interview to intentionally “playing [the pandemic] down” so as not to “create a panic”; touted unproven treatments to give the public a false sense of security; opposed an FDA criterion for ensuring that COVID-19 vaccines are safe; and even pushed vaccine makers to rush the clinical testing process so people could potentially be immunized before the election.

Leading public-health experts, most notably Fauci, director of the National Institute of Allergy and Infectious Diseases and a member of the White House Coronavirus Task Force, took every opportunity to set the record straight when statements from the White House contradicted the scientific facts. And the FDA, with support from the pharmaceutical industry, prevailed in not shortchanging the rigorous scientific review process by preserving a requirement that all volunteers in the vaccine studies be followed for two months for any safety concerns.

If Biden does choose to replace the leaders of any of the federal government’s health agencies, it could signal to the public that government-employed scientists, and the research and policies they oversee, are tainted by politics and would only further compromise any of their public-health advice, including getting immunized if and when vaccines are available. Indeed, the paramount concern for Biden will be reversing the damage done by his predecessor’s assaults on science, which have led Americans—both Democratic and Republican—to worry that politics have driven COVID-19 vaccine development. In an Oct. 12 Gallup poll, only half of respondents said they would get vaccinated if a free, FDA-approved vaccine were available immediately.

That’s a “nightmare scenario,” says Dr. Howard Koh, a professor at Harvard T.H. Chan School of Public Health and former Assistant Secretary for Health and Human Services during the Obama Administration. The government funded the development and manufacturing, and has purchased millions of doses, of six vaccine candidates in its Operation Warp Speed (OWS) program. But even the most effective vaccine does no good sitting on a shelf.

A Biden campaign adviser authorized to speak with TIME only if not quoted by name says Biden’s goal is “ensuring the safety and efficacy of the vaccine and ensuring there’s no politicization of that process.” But the campaign adviser also stood by comments like the one Harris made during the debate, when she said she would not take a vaccine recommended by Trump. “It’s Trump who has let us down, it is Trump who has lied to us, and I think it’s really important that that be called out” because it shows “we are watching,” the campaign adviser said.

By all accounts, the FDA, which will ultimately decide whether to authorize the handful of vaccine candidates currently in trials, has prevailed in deflecting the Trump Administration’s attempts to shortcut the review process. Each vaccine trial looking at safety and effectiveness was carefully designed and reviewed by both government and independent health experts and likely won’t change once Biden is in office. That said, the Biden team “is going to have to figure out what parts of OWS it keeps, and what parts it does not,” says Dr. Tom Frieden, former director of the CDC and current president and CEO of Resolve to Save Lives, a U.S.-based global public-health nonprofit. So far, OWS supported development and manufacturing of the vaccines, and will also help to distribute the doses once they are ready.

The new Administration may also need to address the fact that local health departments are struggling to keep up with the demand for testing, contact tracing and COVID-19 care coordination from their local clinics, hospitals and citizens. Because the Trump Administration didn’t prioritize a national pandemic strategy—including, for example, mandating mask wearing in public or prohibiting mass gatherings—state health officials say they have been left with the task of not only figuring out what policies to support but how to communicate them to a confused public.

The CDC is working with state and local health departments, but much is still in flux and confusing, according to state health officials. The 64 public-health jurisdictions, made up mostly of state health departments that the CDC is funding for the vaccine program, submitted proposals in August for how many doses they would need and how those would be allocated. The CDC reviewed those plans and returned them at the end of October. But there are still uncertainties. For example, says Kris Ehresmann, director of infectious disease epidemiology at the Minnesota Department of Health, the federal government says it will distribute vaccines to both the state health department and to groups such as the Indian Health Service, and it’s not clear which tribal groups will be receiving doses through the Indian Health Service, and which will be the responsibility of the state.

One thing that has aided states in their planning so far is the fact that, by and large, scientists involved in the vaccine program—both in the government and at pharmaceutical manufacturers—have united in an unprecedented show of support for established scientific criteria for evaluating vaccine candidates. But it won’t be easy for the Biden Administration to persuade the public to get vaccinated if and when the COVID-19 shots are available. “I’ve heard from people all over the country who say they won’t get ‘the Trump vaccine.’ But it should not be ‘the Biden vaccine,’ either,” says Frieden. “The point is that it’s the COVID vaccine—it’s not a political vaccine.”

Vaccine researchers, including leading government scientists, maintain that the speed hasn’t involved shortcuts in the science, but instead reflects, in part, improved technology behind some of the vaccines, as well as more efficient review of data given the urgency of the pandemic. “The Biden Administration can relieve much of the public’s anxiety about the speed of development by making it clear that they are not going to sacrifice safety for speed,” says Dr. Kelly Moore, associate director for immunization education at the Immunization Action Coalition.

The best way to accomplish that would be to give scientists back their voice on the pandemic stage. Research shows people widely trust scientists and public-health groups—even after the beating they’ve taken this year. In August, researchers from the COVID-19 Consortium for Understanding the Public’s Policy Preferences Across States asked more than 21,000 U.S. adults which people or institutions they trust to handle the COVID-19 crisis. The top answers, in order, were doctors and hospitals; scientists and researchers; the CDC; and Fauci. These should be the voices the Biden Administration calls upon to communicate with the public, experts say.

“There should be a briefing at least several times a week if not every day until the crisis is over, led by top scientists,” says Koh. Seeing scientific experts share what they know and don’t know, and explain why they are recommending certain policies and advice, would go a long way toward alleviating the anxiety caused by current conflicting messages. “The real power that a President has is the bully pulpit,” says Dr. Eric Toner, a senior scholar at the Johns Hopkins Center for Health Security. “They should really have a communication campaign that looks like a political campaign. They should be flooding social media and the airwaves with public-health messages.” He also suggests relying on trusted scientific figures—as well as celebrities, religious leaders and other community figures people trust—to do it.

When it comes to the vaccines, that might include having Biden and Harris get immunized—in public view—to demonstrate their trust in both the scientific process and the importance of the vaccines in controlling the pandemic. “Our leaders would set a good example by getting vaccinated,” says Ehresmann. “They should be the first in line to give people the confidence that the vaccine is safe to take.”

Before the election, the Biden campaign outlined seven pillars of its COVID-19 response, including expanding access to testing and personal protective equipment, investing $25 billion in vaccine distribution, encouraging universal masking, and protecting vulnerable groups like the elderly and people of color. But it didn’t provide the details needed to reassure state health officials who are now preparing to order and distribute doses of vaccines.

“They should focus on the basics of communication during an emergency,” says Frieden. “Be first, be right, and be credible. Tell what you know, tell what you don’t know, and tell what you are going to find out. Don’t over-promise … If you do those things, you can trust people to do the right thing.” That includes helping people trust the science behind vaccines and understand that an inoculation alone won’t make them completely immune. No vaccine is 100% effective, and whatever protection vaccines may provide, people should continue to wear masks, maintain social distancing and avoid crowded indoor gatherings until health officials determine the virus is under control.

In their plan, Biden and Harris promise to “listen to science” and “restore trust, transparency, common purpose and accountability to our government”—but here, too, experts say the plan doesn’t go into enough depth about how that trust will be won. After months of misinformation and partisan interference in public health, communication may be Biden’s biggest challenge. And the stakes are high: those will be critical promises to keep if we have any hope of containing a virus that doesn’t respect national borders or political parties. 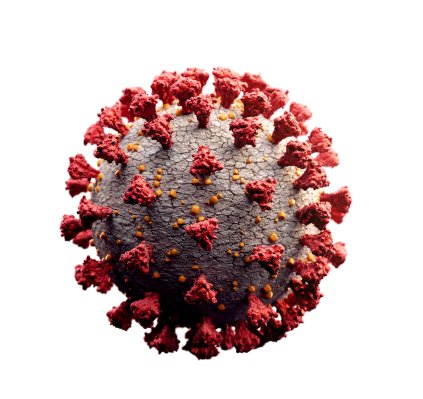 Antibodies May Explain Why COVID-19 Patients Get Blood Clots
Next Up: Editor's Pick