The FDA Is Slowing Down COVID-19 Vaccine Approval. That Could Be Good for Public Health

A health worker injects a person during clinical trials for a Covid-19 vaccine at Research Centers of America in Hollywood, Florida on Sept. 9, 2020.
Eva Marie Uzcategui/Bloomberg—Getty Images
By Jamie Ducharme

New U.S. Food and Drug Administration (FDA) guidance means a COVID-19 vaccine likely will not be approved by Election Day—which could actually be a good thing for public health.

On Oct. 6, the agency posted an industry guidance document on its website asking pharmaceutical companies applying for emergency-use authorization of a COVID-19 vaccine to monitor study subjects for at least two months after vaccination, so they can look for side effects that may arise over time and get a better sense of the shot’s efficacy. That means it’s unlikely any manufacturer will receive authorization before Election Day on Nov. 3, as President Donald Trump has repeatedly pushed for.

Also on Oct. 6, Moncef Slaoui, co-chair of the Trump Administration’s Operation Warp Speed vaccine development project, said the group urged pharmaceutical companies not to apply for emergency-use authorization until they have enough supply to widely distribute a vaccine. That will likely also contribute to a longer vaccination timeline.

However, and perhaps counterintuitively, these moves may serve to improve public health. A slower pace of approval may boost public trust at a critical time.

Polls have shown that many Americans are concerned about the safety of a COVID-19 vaccine—62% percent of U.S. adults surveyed in early September by the Kaiser Family Foundation said they were at least somewhat worried political pressure would lead the FDA to rush out a vaccine before one is ready. And in a mid-September Pew Research Center poll, 77% of respondents said they thought U.S. regulators were very or somewhat likely to approve a COVID-19 vaccine before its safety and efficacy are fully understood. Just 51% said they would definitely or probably get vaccinated if one were available immediately.

Dr. Kelly Moore, the associate director for immunization education at the Immunization Action Coalition, says that’s perfectly reasonable, since researchers don’t yet have answers to the public’s questions about vaccine safety and efficacy. She adds that the government hasn’t done a great job of communicating that, while COVID-19 vaccines are being developed on an accelerated timeline, they are still undergoing rigorous review.

“People shouldn’t feel badly about having reservations right now,” Moore says, though she says those concerns will hopefully be put to rest once safety data from the drug trials are reviewed.

It’s crucial that a majority of Americans feel confident in COVID-19 vaccines once they’re approved and deemed safe. The majority of Americans will need to get vaccinated to achieve herd immunity—the threshold at which enough people are immune to a disease that it stops spreading widely. In June, Dr. Anthony Fauci, the head of the National Institute of Allergy and Infectious Diseases, told CNN that if two-thirds of the U.S. population received a COVID-19 vaccine that was about 75% effective, it still might not be enough to achieve herd immunity.

“A fantastic vaccine that is not used will not be successful in ending the pandemic,” says Dr. Dan Barouch, director of the Center for Virology and Vaccine Research at Beth Israel Deaconess Medical Center in Boston. “There needs to be a lot of work to convince the public that vaccines are safe and effective. That starts with the data.”

Moore thinks clear communication and dedication to scientific rigor, as the FDA has demonstrated with its new review policy, will help with that. “This new guideline and [scientists’] communication that we are going to go through the routine review and approval process…should help reassure the public that we are using our normal, robust safety processes, we’re just doing it at an accelerated pace,” Moore says. 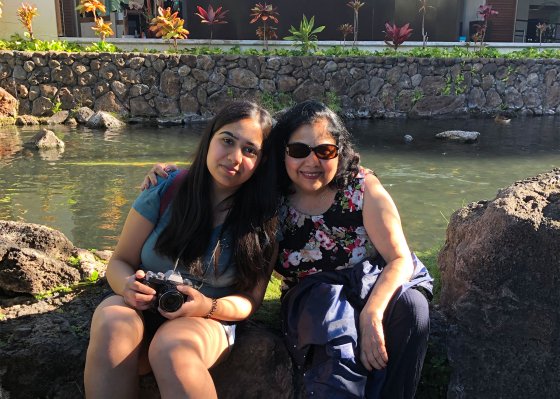 I Lost My Mother to COVID-19
Next Up: Editor's Pick