Around 60% of people named Karen are voting for Joe Biden in the 2020 election, according to a collection of data gathered by the New York Times and Siena College.

This approach found that the majority of people named Karen are planning to vote for Biden over President Donald Trump. Of the top 10 most common female names, Karens were joined by Barbaras, Lisas, Patricias, Elizabeths, Susans and Marys in favoring the Democratic presidential nominee, while the data suggested Nancys, Jennifers and Lindas tended to back Trump.

Stemming from the popular “Can I speak to a manager?” meme, the name Karen has become a pejorative slang term for entitled, and often racist, middle-aged white women who engage in flagrant displays of privilege. But the Times’ Karen findings reportedly have more to do with age than anything else.

Over the past year, the Karen moniker has been given to a number of white women who went viral after videos of their inappropriate or dangerous behavior surfaced online. Some notable examples include Amy Cooper, the “Central Park Karen” who called the police on a birdwatching Black man who asked her to leash her dog in a part of New York’s Central Park that required it, and Lisa Alexander, the “San Francisco Karen” who confronted a man who identifies as a person of color for writing “Black Lives Matter” in chalk on the front of his own home.

Last September, Tropical Storm Karen even inspired the internet to make memes poking fun at the storm’s name. “This Forecast Cone is an actual visual representation of the rising anger of everyone in line behind #Karen as she argues with the manager because her coupons are not working,” one Twitter user wrote.

The Times also provided a searchable graph of the 102 most common names and the reported voting preference, of those who responded to its recent polling. 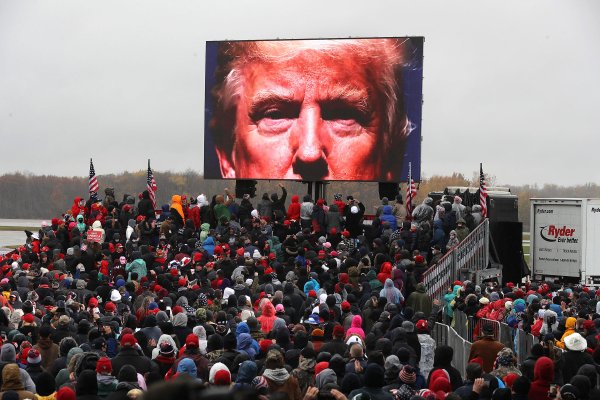