Tropical Storm Karen, which is moving through the Southern Windward islands and could hit Puerto Rico early next week, has inspired the internet to make memes poking fun of the storm’s name. #Karen was trending on Sunday afternoon on Twitter.

“Karen” has become synonymous with the persona of an annoying entitled, woman, according to the internet’s meme database, KnowYourMeme, which says the meme may have first come about because of its association with Mean Girls’ ditzy, popular high school character Karen Smith.

The Karen meme is also associated with a side-swept haircut that is “short in the back and longer in the front” and “mocked as representative of middle-aged women” obsessed with complaining to store managers, KnowYourMeme says.

Haircut and manager memes are making the rounds on Twitter as Tropical Storm Karen dumps rain on the southern Windward Islands. One meme shows this haircut sitting atop of the storm’s forecast cone. Another refers to the cone as a “visual representation of the rising anger of everyone in line behind Karen as she argues with the manager because her coupons are not working.”

It’s still important to know that this is a potentially life-threatening storm. A tropical storm warning, indicating that tropical storm conditions are expected within the next 12 hours, is already in effect for St. Vincent and the Grenadines and Grenada and its dependencies, according to the National Hurricane Center.

A tropical storm watch, indicating that tropical storm conditions are expected generally within 48 hours, is in effect for Puerto Rico and the Virgin Islands. 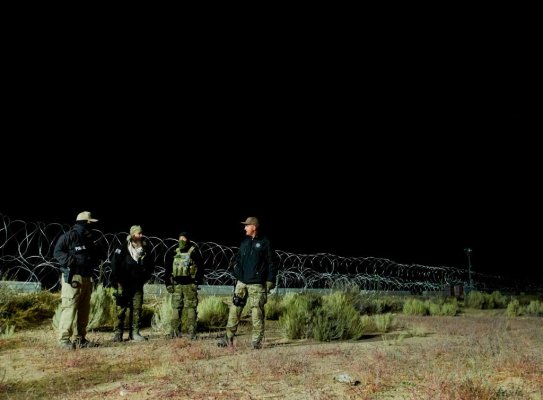 All Hail the 'Plunger Guy' Hero Leading the Most Amusing Attempt to 'Storm Area 51' and Plunge for the Truth
Next Up: Editor's Pick