Actor and recording artist Anthony Ramos is eager to represent his Latino roots on the big screen, but not if it means Hollywood will pigeonhole him.

Ramos first rose to fame in the breakout musical Hamilton, the phenomenon that featured a multiracial cast telling the story of United States’ white Founding Fathers. Since then, Ramos has found success with projects ranging from the action film Honest Thief, out Oct. 9, to the highly anticipated film adaptation of In The Heights, coming in 2021. He is currently on the set of the upcoming sci-fi film, Distant. Across his work in film and music and in his current advocacy for turning out the Latino vote in the 2020 election, Ramos strays from conformity.

“I’m doing a movie right now about a dude in space,” Ramos said during a TIME100 Talks that aired Thursday. “We’ve never seen a Puerto Rican from the projects in space as far as I’m concerned.”

Ramos, who released his first album in 2019, also champions Latino representation in mainstream pop music. He criticized the music industry’s tendency to limit Latino talent to the “Latin category,” despite the artists’ growing popularity among broader audiences.

“We are a part of the music community,” Ramos said when talking about artists like Bad Bunny and J Balvin, “‘That’s the Latin artist.’ No, they are artists and they’re making music like everybody else.”

The Good & The Bad singer is now joining his art with activism. His latest song with Ari Lennox, “If You Want Me To Stay,” partnered with Crown Royal to give back to the performing arts community. The proceeds of the song’s streams led to a $500,000 donation to bars, stages and clubs that have been struggling due to COVID-19.

Ramos is also focusing on mobilizing many of the 32 million eligible Latino voters in the U.S. by partnering with organizations like Voto Latino. Raised in Bushwick, a predominantly Hispanic neighborhood in Brooklyn, Ramos said he did not always feel like he and his peers were prioritized in politics while growing up. Now, he wants to take matters into his own hands.

“We grew up in a community where we felt like government officials and local council members didn’t care about us,” said Ramos. “I think it’s so important to encourage other Latinos to get out there and vote.”

The proud Nuyorican was seen wearing a VOTE face mask in his recent video for his single Stop. The video also featured the story of Anthony Payne, a Brooklyn hairdresser who lost his job during the pandemic, but decided to give the proceeds of his outdoor haircuts to the Black Lives Matter movement.

Ramos does not forget mentors like Lin-Manuel Miranda, who broke barriers as a Latino in theatre and didn’t forget to leave the door open for others to follow suit. Now with his own growing platform, Ramos is sharing diverse stories, including those of people like Payne. 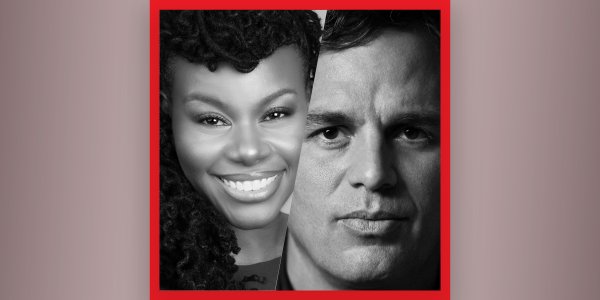