Siberia Burned. Arctic Ice Shrank. This Was the World’s Hottest September Ever

Well, we’ve done it again. Last month was the warmest September on record, blazing past September 2019’s record global average by 0.05°C, and 2016’s by 0.08°C, according to the latest report from the European Commission-backed Copernicus Climate Change Service (C3S), which tracks global climate trends.

If you’re not surprised given past trends, you’re not alone. “In a way it would have been more surprising if suddenly we had seen the 10th warmest September on record, instead of the warmest,” says Freja Vamborg, Senior Scientist at C3S and lead author of the report. The record is not in itself significant, she adds. “But put together with past monthly records, and the fact that the last five years have also been the warmest on record, it shows that there is an ongoing trend in increasing global temperatures.”

At the current rate, 2020 is well on its way towards cracking 2016’s record for the hottest global averages over the course of a year. In a year already defined by the record melting of Greenland’s glaciers, near-record levels of shrinking Arctic sea ice, wildfires blazing across Siberia, and the hottest temperature ever recorded in Antarctica, this is one superlative we could do without.

September’s was not even the first monthly record to tumble this year. May 2020 was also the hottest May on record, with temperatures in Siberia a full 10°C above average. That’s the difference between wearing a coat or cut-offs to walk the dog.

Siberia still isn’t getting a break, according to Copernicus: the region’s long, hot, summer has extended into September, with higher-than average temperatures. And the Middle East is racing to catch up. Turkey and Israel also had their warmest Septembers on record. In Jordan, a rare September heatwave forced outdoor work to a halt and schools to close.

In the United States, Los Angeles broke temperature records not just for the month, but for the entire summer, reporting 49°C (121°F) on Sept. 6, an all-time high for the county, and contributing to a spate of disastrous wildfires that blanketed the state in choking smoke. In the Southern Hemisphere, Paraguay and southern Brazil also experienced excessively warm springtime Septembers. Australia, not a novice when it comes to heat, did comparatively well: last month was only the second highest on record.

Read More: What It’s Like Living in One of the Hottest Cities on Earth—Where It May Soon Be Uninhabitable

With nearly three months left in the year, it’s impossible to say if we will surpass 2016’s record heat, or just meet 2019’s second-hottest figures, says Vamborg. An el Niña weather cycle is lowering temperatures in the Pacific, but the unprecedented high temperatures in the Arctic could mitigate that cooling effect. And the near-record decline in Arctic sea ice coverage going into autumn will affect temperatures as well.

Either way, the trend lines are clear. Human induced climate change has caused at least one degree warming since the pre-industrial era, and global average temperatures are edging ever closer to the 1.5°C goal limit set by the Paris Climate Accords. “The key message is that the earth is warming,” says Vamborg. “Some months it’s warming more, and some months less, some years more, and some less. It’s not too late to do something about it, but in order to stop the warming, emissions need to be reduced.” 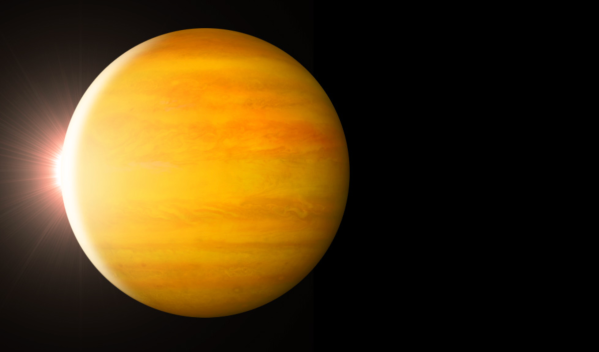 First Exoplanet Found 25 Years Ago Today
Next Up: Editor's Pick