An aerial view of the city of Norilsk in Russia's arctic region on June 6, 2020.
Kirill Kukhmar/TASS—Getty Images
By Sanya Mansoor

Scientists say that Siberia’s unusually warm weather through winter and spring is “an alarming sign” — illustrating some of the most notable effects of global climate change as the world warms. In May, surface temperatures “were up to 10 degrees Celsius above average in parts of Siberia,” according to research by a climate agency affiliated with the European Commission.

“It is undoubtedly an alarming sign, but not only May was unusually warm in this region,” says Freja Vamborg, Senior Scientist at the Copernicus Climate Change Service in a statement on Wednesday. “The whole of winter and spring had repeated periods of higher-than-average surface air temperatures.”

The program reported just days earlier that May 2020 was “globally the warmest May on record,” with the most “above-average temperatures (…) recorded over parts of Siberia.” Marina Makarova, the chief meteorologist at Russia’s Rosgidromet weather service said, “This winter was the hottest in Siberia since records began 130 years ago” and that “average temperatures were up to 6 degrees Celsius higher than the seasonal norms,” The Guardian reported.

Vamborg points out that while the entire world is getting warmer, some regions — like Western Siberia — stand out for just how much hotter the area is getting. It’s not unheard of for regions to experience “large temperature anomalies” like this, she notes. “However, what is unusual in this case is how long the warmer-than-average anomalies have persisted for,” Vamborg says.

Negative impacts of warmer weather are already being felt in the region. Media reports have also revealed an “exceptionally early break-up of ice in Siberia’s rivers,” Copernicus notes. Moreover, just last month, Russian President Vladimir Putin declared a state of emergency in the city of Norilsk after a massive oil spill in the Arctic region. The incident was caused by the collapse of a power plant. (Copernicus says this was “thought to be due to melting permafrost beneath the tank’s supports.”) Last year, the Siberian region also experienced devastating wildfires in which millions of acres burned. 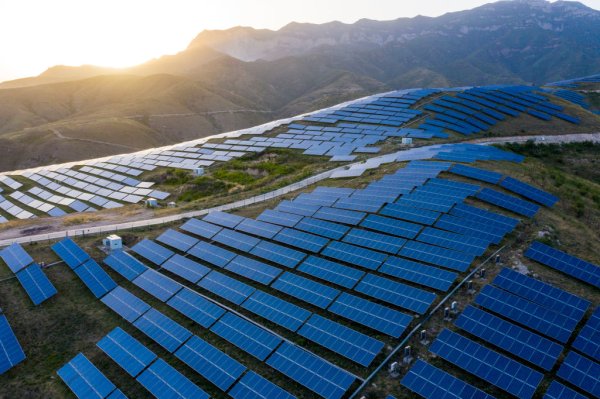 Clean Energy Capacity Grew at a Record Pace in 2019
Next Up: Editor's Pick