‘There’s a Lot of Power in Talking About Ugly Stuff.’ Amber Ruffin on Debuting Her New Late-Night Show at a Dark Moment

For the past six years, Amber Ruffin has been one of the most delightful parts of Late Night With Seth Meyers. As a writer and regular contributor to the NBC show, Ruffin became a viewer favorite thanks to recurring segments like “Jokes Seth Can’t Tell” and “Amber Says What,” which showcased her sharp wit and dynamic presence.

Ruffin made history when she joined the writers’ room of Late Night as the first Black woman to write for a late-night major network show. Now, she represents the future of the genre with the debut of her own late-night series, The Amber Ruffin Show, which premieres Friday on NBC’s Peacock streaming service.

For Ruffin, having her own show—much less bringing it to life during a pandemic—has felt somewhat surreal. “It truly seems like a rumor I heard,” she says. “We’re preparing to do this thing, but your physical thing barely exists because of COVID, we’re not all hanging out together. It’s nuts!”

In a phone interview, Ruffin, who’s been getting ready for her new show with lots of Zoom meetings from her home in New York, discussed how she got her start in sketch comedy, what it’s like to create jokes during a pandemic and the lessons she’s learned from Meyers that she’ll be applying to The Amber Ruffin Show.

TIME: What is it like to be debuting your new late-night show in the middle of a pandemic?

Ruffin: It’s pretty nuts. I’m all alone, we have Zoom meetings, but for the most part, it’s just me, sitting by myself, writing sketches for my little friends. It’s so strange. In a way, it’s this cool, new, big TV show, but it really feels a lot like being young, doing sketch shows with your friends for free, because you’re at your house, writing sketches.

How did you begin doing sketch comedy?

I first got into sketch comedy through improv. I moved from Omaha to Chicago [to do improv full-time] when I was a cute lil’ baby, and improv and sketch go hand-in-hand. At first, you improvise sketches a little bit and then you get better and start writing them down, but my first sketch writing job was at Boom Chicago in Amsterdam and it was weird to be getting paid to write. I never thought I could do comedy as a career.

Your new show is weekly, but for the past six years, you’ve been working on a daily show. How do you feel about this change of pace, especially given how fast the news is moving right now?

I think it will play to our advantage because if you’re only doing a show once a week, then you get to pick what’s important in the week. But if you do it every day, then you are tied to only the things that happen that day. Everything that happened yesterday, you already covered. At the end of the week, we’re lucky because we get to pick and choose what we think makes fun sketches and bits.

It feels crazy. Everything that is happening right now feels insane, which is good and terrible. It’s great because your mind is so active, you’re working out all these things that are happening, so you can make material. But it’s also horrible because everything that’s happening is horrible and how dare you be doing a comedy show when all this sh-t is happening! There was a period when the cops just wouldn’t stop murdering people (not that they’ve stopped) and it was the worst. But everyone was so sad that late night shows became what they needed to be, so instead of all of us sitting around telling jokes, it became more of people sharing stories and consoling people or letting their frustrations out.

You did four segments on your experiences with the police for Late Night with Seth Meyers after the Black Lives Matter protests began following the killing of George Floyd. Was it challenging for you to speak about those experiences for the show?

I don’t know that I would call it challenging. When I talked about all my stories of crazy encounters with the police, I really felt like, ‘oh this is fine, it’s fine to be telling these stories.’ It didn’t feel like anything special until you said it out loud and then you look back on it and realize none of this should have happened. When I look back on those four stories, I think that’s four stories too many. And then you multiply that by everyone in America and realize what a huge problem this is.

What was the message that you wanted viewers to get from that?

I think we are still in the early stages and people are just trying to be heard. You know, there’s a lot of power in talking about ugly stuff, especially if it’s true and everyone’s denied it and people call you a liar. Those things have to be talked about. The message is you don’t have to be quiet about anything when people are asking folks to shut up and take it. That time is over. No one is doing that anymore. You can make as much noise as you like.

What has it been like to make comedy during a time when so much of what’s going on in the world is decidedly unfunny? How do you strike a balance between respect and humor, and in some instances, grief?

It’s very tough and it’s very not tough at all. Technically, your execution of everything has to be perfect, lest it be misconstrued. But also, I can’t miss the mark too bad because I am a Black lady. It’s hard to not understand where I’m coming from because you see me, you see exactly who I am when I’m talking about what my experiences are. All you have to do is tell the truth and if you’re a funny guy, then it just comes out funny.

A longtime critique of late night has been that it’s very white and very male. What do you think still needs to happen in terms of making the industry more diverse?

It’s all cool. I’m certainly not the first Black woman with a late-night show, but I will be alone when my show starts and that feels a little sad. It can’t just immediately be me and my buds, although it should be because my buds are talented as hell! It feels a little lonely and there’s a pressure that you have to do a good job or else people will stop looking to Black women for anything, even though you shouldn’t feel that way, but hell, we’ve all seen how it is. Mostly, it’s an exciting opportunity to tell stories that aren’t being told and to look at things from a different point of view.

As you’ve gone through the process of creating your own show, is there anything you’ve learned from Seth Meyers that you’ll be bringing to your new role?

I learned to just chill out. Seth does not break a sweat. The dude is super chill; the jokes come in when they come in. He is so prepared and I want to come in just like that—because the better you’re prepared, the more fun you can have. What we’ve prepared is what we’ve prepared and if we miss something, that’s O.K., we’ll get it next time. Seth used to say, “At SNL, if you didn’t get a sketch on, you’d feel really bad, especially if it was right before a break because then you’d have to think about this for three weeks of suffering. But here at Late Night, you have a new chance every day to get something on.” I remember him saying that and it really helped me to feel good about everything I had done.

You’re launching your show ahead of the presidential election. How will you cover it?

I think we will try to just give a voice to just how insane this all is, because looking at what is happening truly makes me feel like a mad man and I think a lot of people feel crazy. Whatever is about to happen, it is going to be worse than this, so I just want to make sure that we don’t slip into insanity, and a good way to do that is by giving a voice to the crazy things that have happened: this isn’t normal, don’t get used to this, and it’s O.K. to feel mad. 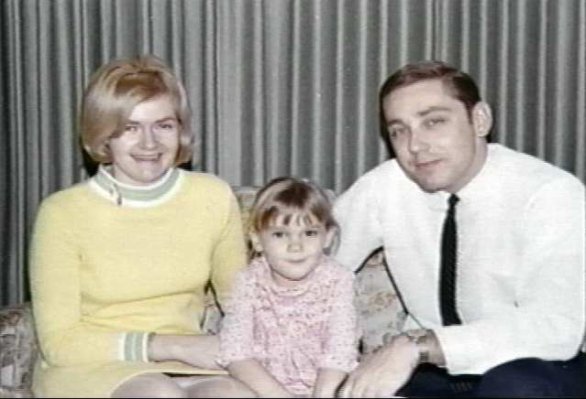 In FX's A Wilderness of Error, Errol Morris Investigates a Notoriously Tough Murder Case
Next Up: Editor's Pick