Home Care Workers Are Now Called Essential. But the History of the Profession Shows That the U.S. Has Never Treated Them as Such

Since the early days of the COVID-19 outbreak, one of the groups that has been repeatedly identified as “essential” is home care workers, those who provide assistance with activities of daily living to the elderly, chronically ill and persons with disabilities. It has been encouraging to see this profession finally recognized as a heroic one; public officials from Gavin Newsom to Andrew Cuomo to Joe Biden have thanked them for their service and advocated for their safety over the last few months. But what has gone unsaid is that we, as a country, have treated home care workers as decidedly inessential, due in large part to the profession’s roots in slavery.

Modern home care’s origins are in the antebellum South, where enslaved Blacks, almost always women, took care of the day-to-day needs of white families. After the Civil War, the profession of “domestic worker” gradually replaced “slave” and “domestic servant” in the lexicon, persisting through the Jim Crow era into the 1930s, when Congress first debated the Fair Labor Standards Act (FLSA) as part of FDR’s New Deal. At the time, southern representatives refused to pass the legislation if protections for domestic workers – and other majority Black professions – were included. Representative J. Mark Wilcox of Florida put southern lawmakers’ concerns thusly: “[T]hose of us who know the true situation know that it just will not work in the South. You cannot put the Negro and the white man on the same basis and get away with it. Not only would such a situation result in grave social and racial conflicts but it would also result in throwing the Negro out of employment and in making him a public charge. There just is not any sense in intensifying this racial problem in the South, and this bill cannot help but produce such a result.”

The carve-out that emerged from those congressional debates has existed, in one form or another, until modern times. In 1974, Congress finally amended the FLSA to include private home care workers, but a year later the U.S. Department of Labor interpreted that amendment to exempt them. Then, as now, these workers are classified as “companions,” and in many cases are not eligible for minimum wage, overtime or paid time off. It is surprisingly easy to trace our collective disregard for this profession not only to slavery, but to the widespread systemic racism that has persisted in its wake.

The history of home care should be a stark example to our elected leaders of how racism can and has shaped policy for millions of people, yet startlingly little has been done to correct these historic wrongs: home care workers are still primarily women, 62% are people of color, and with a median income of $16,200, they are paid one of the lowest wages in the country.

The coronavirus pandemic has finally brought many of these issues to light, in part because home care workers are dealing with our most vulnerable population yet can’t afford the PPE that would help them to prevent infection and spread of COVID-19. Beyond that, many if not most of them work more than one job to make ends meet, a significant and meaningful risk to themselves, their families and those they care for.

These examples should be an embarrassment to our elected leaders, who to this point have provided little more than lip service to the 2.3 million home care workers in this country, a number that will swell by about 1.2 million (or 36%) by 2028 if we are to meet the needs of our aging population. Put simply, home care will soon be one of the most in-demand and worst-compensated jobs in the U.S.

If you want to correct the wrongs of historic and systemic racism, home care is a good place to start. Joe Biden has made increased federal funding and tax credits for long-term care workers a central part of his economic plan. That is an encouraging start, but at a minimum those workers also need higher wages, hazard pay and paid time off to ensure they are taken care of now and in the future. In addition, due to the 1974 “companionship exemption,” home care workers do not have easy access to retirement benefits. Allowing them to pay into and receive Social Security is essential to legitimizing this as the life-saving profession that it is. These workers also need job training for specific conditions like Alzheimer’s and diabetes, which will become much more prevalent as our aging population grows, with home care workers bearing much of that burden. Finally, home care workers face significant incidence of workplace violence, aggression, sexual harassment and discrimination. We need to create a system for reporting these abuses and remedying them through government oversight.

Home care workers have been made to suffer through more than a century of racist policies with little to no recourse. Taken together, these solutions will bring stability, mobility and dignity to some of our country’s most essential workers, along the way attracting more to join a profession that desperately needs reinforcements. 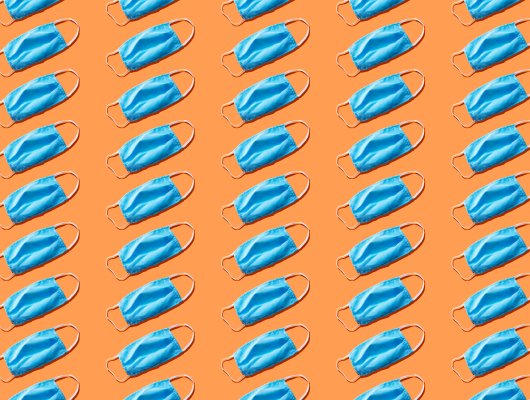 How to Make Homemade Face Masks More Effective
Next Up: Editor's Pick