Fast food workers, healthcare workers and their supporters march to demand an increase of the minimum wage, in Los Angeles on Dec. 4, 2014
Robyn Beck—AFP/Getty Images
By Eileen Boris and Jennifer Klein

Over the last year, the nation has seen a tumultuous wave of low-wage workers contesting terms of employment that perpetually leave them impoverished and economically insecure. It’s a fight in which home-care workers—one of the fastest growing labor forces—have long participated, as home attendants and aides have historically been singled out for denial of basic labor rights. Their work is becoming ever more important in our economy, with over 40 million elderly Americans today and baby boomers aging into their 70s and 80s; the demand for such workers is projected to nearly double over the next seven years. And yet, this week a federal judge is likely to put up just the latest obstacle to their receiving the minimum wage and overtime compensation granted to other workers through the 1938 Fair Labor Standards Act (FLSA).

The story of how home-care workers ended up without rights begins in the Great Depression. Home care first originated as a distinct occupation during the New Deal, and evolved after World War II as part of welfare and health policy aimed at developing alternatives to institutionalization of the elderly and people with disabilities. Prior to the mid-1970s, public agencies provided or coordinated homemaker and home-attendant services. Fiscal constraints subsequently led state and local governments to contract home care first to non-profit and later to for-profit agencies. In 1974, Congress extended FLSA wage and hour standards to long-excluded private household workers. A year later, however, the U.S. Department of Labor (DOL) interpreted the new amendment to exempt home-care workers, even employees of for-profit entities, by misclassifying them as elder companions, akin to babysitters. It provided no explicit reasoning for introducing this new terminology, beyond the need for uniform definitions of domestic service and employer. This exclusion became known as the “companionship rule.”

The rule was a boon for employers. Amid nursing-home scandals and an emergent disability-rights movement, demand for home-based care burgeoned, but the women actually performing the labor were invisible. A distinct home-health industry began to grow following the 1975 exemption, as the rule freed staffing and home-health agencies from paying minimum wages and overtime. Opening Medicaid and other programs to for-profit providers after 1980 led to a tenfold increase in for-profit agencies during the next half decade. By 2000, for-profit groups employed over 60 per cent of all workers. Today, the home franchise industry is worth $90 billion.

Care workers, however, were never just casual friendly neighbors; even before this expansion, home-care workers were middle-aged, disproportionately African American, female wage earners—neither nurse nor maid, but a combination of both. Despite changes in their title since the 1930s, these workers always performed a combination of bodily care work (bathing, dressing, feeding) and housekeeping necessary to maintain someone at home. They increasingly have become a trained workforce.

With the expansion of the industry, service sector unions and domestic worker associations lobbied to change the “companionship rule.” Recently, they seemed to have won: After extensive public comment, the DOL issued a new rule in September of 2013, which would have finally included home-care workers under FLSA coverage. The Obama Administration also updated the definition of domestic service to match the job as performed by nearly 2 million workers who belong to one of the fastest growing, but lowest paid, occupations, with median hourly wages under $10. It recognized aid with activities of daily living as care, and care as a form of domestic labor. Whereas companionship services had previously included even those who spent more than 20 hours engaged in care, the new rule narrowed the meaning of companionship to mere “fellowship and protection” in order to close the loophole that for-profit agencies were deploying to profit by underpaying live-in home attendants. It was to go into effect on Jan. 1, 2015, though enforcement was delayed until June.

Then, in late December, at the urging of for-profit home care franchise operators, led by the Home Care Association of America, Judge Richard J. Leon (a George W. Bush appointee) of the U.S. District Court for the District of Columbia struck down a key element of the revision. The decision vacated the responsibility of third-party employers (such as home-care businesses) to pay minimum wage and overtime for so-called companionship services. In his opinion, the judge charged the DOL with “arrogance,” “unprecedented authority” and “a wholesale abrogation of Congress’s authority in this area.”

A historical perspective suggests otherwise. In the 1970s, Congress never intended to enhance corporate profits by narrowing wage and hour protections; to the contrary, it expanded them. Granted, the Senate Committee on Labor and Public Welfare refused “to include within the terms ‘domestic service’ such activities as babysitting and acting as a companion”—but it distinguished teenage sitters and friendly visitors from domestic workers by adding “casual” to those exempted from labor standards. It explicitly did not refer to “regular breadwinners,” those “responsible for their families.” Moreover, the Supreme Court has repeatedly reaffirmed the supposition that where Congressional intent is ambiguous, executive agencies—including the DOL—have leeway. In the 2007 case Long Island Care at Home, Ltd. v. Coke, a unanimous Supreme Court commended the expertise of the agency to determine the meaning of undefined phrases like “domestic service employment” and “companionship services.”

During oral argument in Coke, Justice Ruth Bader Ginsberg suggested that the proper way to amend the exemption was either a new rule through the DOL, which is what ended up happening, or legislation. Judge Leon reads back Congressional intent from the fact that legislative fixes have stalled in committee in the years following Coke. But there are many reasons why bills go nowhere in our gridlocked government.

The temporary restraining order from Judge Leon effectively blocked implementation of the new DOL rule in totality, setting off a ripple effect against this primarily female workforce. California, for example, instantly suspended implementation for some 80,000 workers. Then on Jan. 9, he heard oral arguments on whether to strike down the redefinition of the companionship classification. Given his prior decisions, the bet is that his next ruling on Jan. 14 will do so. Continuous litigation is in the offering, as the DOL is likely to appeal his decisions all the way to the Supreme Court.

For over 40 years, we’ve relied on cheap labor for care. The structure of home-care has exemplified a broader trend of reconfiguring work throughout the economy as casualized and low-waged, outside of labor standards and immune from unionization. But stopping the correction of this injustice means distorting history—and devaluing the care that someday most of us will need.

Eileen Boris is Hull Professor of Feminist Studies and Professor of History, Black Studies, and Global Studies at the University of California, Santa Barbara. Jennifer Klein is Professor of History at Yale and a Public Voices Fellow. They are the authors of Caring For America: Home Health Workers in the Shadow of the Welfare State. 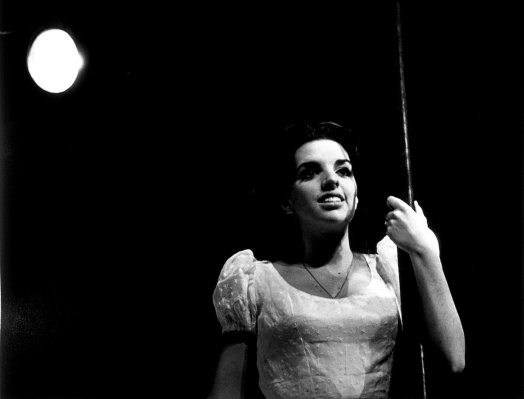 The World’s Longest-Running Musical Started Small — and Stayed Small
Next Up: Editor's Pick