'Momma's Not Stopping Until That Jail Goes Down.' The Family of Jamel Floyd, New York Man Who Died After Being Pepper Sprayed By Jail Guards, Speak Out

Donna Mays, Jamel Floyd’s mother, looks down at her son’s body during the wake at Judea United Baptist Church in Hempstead, N.Y., on June 29.
Yuki Iwamura
By Sanya Mansoor | Photographs by Yuki Iwamura

Donna Mays had waited a long time for Oct. 13. It was the day she hoped her son Jamel Floyd—whom she had expected to be released that month after more than a decade in prison—would return home. (State prison records show that Floyd was eligible for parole on that date.)

Mays tells TIME that she had planned parts of her life around her son’s anticipated release, even scheduling things so she could marry his father in October. She wanted to wait until her son was released and able to walk her down the aisle.

But Floyd would not come home in time for her wedding. He wouldn’t come home at all. He died on June 3 in a cell at the Metropolitan Detention Center (MDC), a federal jail in Brooklyn, N.Y., after being pepper sprayed by guards.

After her son’s death, Mays planned to move the wedding up to Sept. 15, the day that would have been his 36th birthday. “It’s going to be a very bittersweet day,” she told TIME in August. But in another blow to the family, the ceremony had to be postponed after the pastor—Mays’ sister— fell ill.

Mays and her family memorialized Floyd at a wake and funeral at Judea United Baptist Church in Hempstead, N.Y. in late June. “It was the worst day of my life—really,” she says. With the family’s permission, photographer Yuki Iwamura attended the events and shot moving images of their grief.

The family is still grieving, months later. Mays says she still thinks about her son every day when she wakes up. Sometimes people tell her they feel uncomfortable seeing so many pictures of him in her home, but “I’m not ready to take them down because I’m not ready yet to let him go. He died like an animal. For what reason?” Mays says. “My days are still confused. I don’t question God because I know God doesn’t make mistakes, but I just need some answers.”

After conducting more than a dozen witness interviews, Katie Rosenfeld of the Emery Celli law firm, the family’s attorney, argues that a combination of excessive force and failure to provide medical care led to Jamel Floyd’s death. Rosenfeld says she and the family believe Floyd—who was asthmatic— had been ill for several days leading up to his death, and alleges that his requests for medical attention were ignored.

The Floyd family is planning to take legal action.

On the day of his death, Floyd began protesting his treatment; in a statement, the Bureau of Prisons (BOP) said that staff witnessed him “barricaded inside his cell and breaking the cell door window with a metal object.” Correctional officers then pepper sprayed him as he allegedly “became increasingly disruptive and potentially harmful to himself and others,” the statement continues.

Officers’ response to this frustration was “grossly excessive force, including substantial deadly overuse of pepper spray in a quantity completely inappropriate for a small cell,” Rosenfeld says.

After medical staff assessed Floyd’s condition, he was transported to a nearby hospital where he was later pronounced dead, according to the BOP’s statement.

The Justice Department’s inspector general is now investigating the circumstances surrounding Floyd’s death. Inspector General Michael Horowitz has said the agency will publicly disclose its findings “to the greatest extent possible” but has not indicated when. In response to a request for comment, the DOJ directed TIME to a June 4 statement announcing an investigation into Floyd’s death.

After the wake, about a dozen of Floyd’s friends and family members visited Kennedy Memorial Park in Hempstead, N.Y., where he grew up playing baseball. A memorial with candles and a photo of him was placed nearby. The group played hip-hop music and danced.

A funeral took place at the same church the following day, drawing close to 100 mourners. At its conclusion, a horse-drawn carriage, accompanied by mourners on foot, made its way to Floyd’s home where a few family members prayed outside in a circle. The carriage then continued on to its final stop: a nearby cemetery.

The last time Donna Mays talked to her son was the Friday before he died. “All he talked about was coming home and getting his life together,” she says. “He was more excited about coming home… than anything in his life.”

Mays and her soon-to-be husband had saved for years to start up a trucking company for which Floyd and his brother Ramel could work—in part because, Mays explains, it’s so difficult for felons to get a job. Ramel Floyd, who was also previously incarcerated, has already received his commercial driver’s license, and says he remembers his brother’s now-poignant congratulations on the achievement.

He and his brother “hadn’t always seen eye-to-eye,” Ramel Floyd tells TIME, but their relationship had been improving in recent years. The last few months have been “heartbreaking,” he says, but he is “just taking it one day at a time” and praying that “justice will be served.”

“It’s not easy being Black in America,” he adds.

The BOP has been “senselessly secretive” and “cruel,” Rosenfeld alleges, in their refusal to provide her and the family with information related to Jamel Floyd’s death. She says the agency has refused to release relevant medical records and denied the family’s request to view video of his death at the prison. (Rosenfeld says she has heard a verbal description of the video, but has not seen it herself either.)

The BOP declined to comment beyond their original statement about Floyd’s death.

Rosenfeld says it’s unclear why no preliminary findings have been published, months out from Floyd’s death. She also raised concerns that witnesses she interviewed in June or early July, many of whom were close to Floyd’s cell, said at the time that no government officials had spoken to them as part of their own inquiries.

Jamel Floyd died just over a week after George Floyd was killed by police officers in Minneapolis on May 25. Although violence by police has come to the forefront amid nationwide protests about racism, Rosenfeld says that similar aggression in prisons is “not part of the broader conversation as much as it should be.”

“The broader picture here is that prisons are also often very brutal places where people of color are subjected to violence,” she continues. “His family feels this is very much tied in with the Black Lives Matter movement and correctly—that he is another Black man who died at the hands of law enforcement wrongfully.”

Read more: ‘My Faith in This World Is Gone.’ For Protesters Injured by Police, There’s No Real Recovery

The grief is still raw for Mays. “I want whoever has done this to be punished. I’ve already forgiven him,” she says. “But that blood is on their hands.”

The fatal injustice her son faced has, over the past months, led her to advocate for prison reform and work to expose the ways in which she believes Brooklyn’s Metropolitan Detention Center fails inmates.

“Momma’s not stopping until that jail goes down,” Mays tells TIME. “They have really messed with the wrong family.”

Yuki Iwamura is a freelance photographer based in New York. 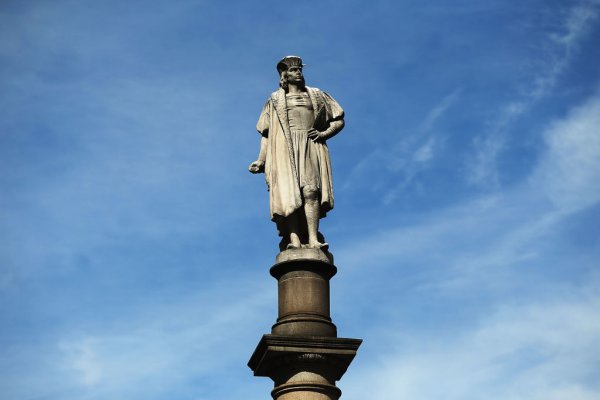