Video Games May Be Key to Keeping World War II Memory Alive. Here Are 5 WWII Games Worth Playing, According to a Historian

Two Luftwaffe Dornier 217 twin-engined medium bombers flying over the Silvertown area of London's Docklands on Sept. 7, 1940 at the beginning of the Blitz on London.
Getty Images
By Olivia B. Waxman

The 75th anniversary of Japan formally surrendering to the U.S. aboard the battleship USS Missouri on Sept. 2, 1945, arrives at a moment when the question of how the war is remembered feels more necessary than ever. Veterans’ stories, books, movies and TV shows have kept memories of the war alive for the last 75 years, but how will those stories be told when there are fewer people around who lived through those era-defining years?

Recently, some people in younger generations have turned to a perhaps surprising source for World War II stories: video games. Games have become more realistic not only in terms of technological advancements, but also in terms of featuring real people and, at least in terms of blockbuster games like Medal of Honor and Call of Duty, getting input from real experts on military history.

For example, the upcoming virtual-reality game Medal of Honor: Above and Beyond will feature documentary shorts, and creators interviewed WWII veterans about their wartime experiences to inform the set, which includes missions across Europe and in Tunisia. Inside their headsets, players will walk in the boots of a combat engineer recruited for espionage work by the Office of Strategic Services, which was a real U.S. intelligence agency during World War II and a precursor to the CIA. On Thursday, at the virtual Gamescom convention, Respawn Entertainment unveiled a new trailer for the game, which will be released this holiday season.

A scene from the upcoming virtual-reality game Medal of Honor: Above and Beyond.
Respawn Entertainment

One of the most popular WWII video game franchises, Medal of Honor began with educational aspirations. As Peter Hirschmann, who worked on the original 1999 game and is the game director for Medal of Honor: Above and Beyond, recalled to The Hollywood Reporter earlier this year, Saving Private Ryan director Steven Spielberg knew that his R-rated movie wasn’t for kids but expressed a wish that there were more popular culture available to spark interest in the war’s history among younger viewers. “He then had the foresight to see that one of the dominant forms of entertainment emerging was games, so he laid it out: ‘I want to make a WWII game that kids can play to introduce them to these stories,'” Hirschmann said. “He was very specific about wanting to call it Medal of Honor, because that award represents going above and beyond the call of duty.”

So far, given that the U.S. is one of the biggest video game markets in the world, the U.S. perspective on the war dominates in video games too; as is the case with World War II movies, most are set in Western Europe. In fact, in 2013, Russian players blasted Company of Heroes 2 for repeating American stereotypes of the Eastern Front.

Ultimately, history games can spark interest in learning more, says Bob Whitaker, a professor of History at Collin College and host of the podcast History Respawned, where historians talk about history-themed video games. His own passion for this subject dates back to playing Civilization II in the mid-1990s, which inspired him to create a “mod” (a player-made tweak) re-creating his grandfather’s experience in World War II as a pilot who flew missions over the Himalayas.

And he wasn’t the only one. “Recently with the centenary of the end of World War I, I can’t tell you how many conversations I had with students and other scholars about how games they played like Battlefield 1 or Valiant Hearts: The Great War portrayed the First World War,” he says. “Going forward you are going to see the same sort of conversations about Second World War games.”

In the next 75 years, he hopes more historians will see the value of games as Spielberg did. “I look at games as being in a similar positions as motion pictures were in the beginning of the 20th century. Games will be taken much more seriously in the 21st century; they’re going to carry much more historical weight,” says Whitaker. “Games are going to be a part of the ways in which we remember the past going forward. Historians have to offer a helping hand in case players want to know more.”

Below, Whitaker picks five other titles that show how games are telling the story of World War II: 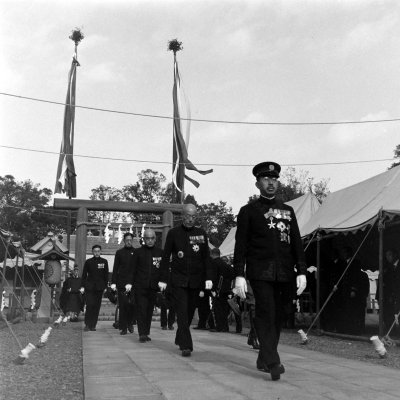 The Last Attempt to Stop Japan’s Surrender in World War II
Next Up: Editor's Pick