Treasury Secretary Steve Mnuchin and Chief of Staff to President Donald Trump Mark Meadows speak to the media about the next coronavirus stimulus package after meeting with Mitch McConnell in the Capitol in Washington, on July 23, 2020.
Jim Lo Scalzo—EPA-EFE/Shutterstock
Ideas
By Zachary Karabell
Karabell is an author, investor, and commentator. His forthcoming book is Inside Money: Brown Brothers Harriman and the American Way of Power.

With the Republican-led Senate only just now unveiling its first draft of a next stimulus package and passage of a final bill dependent on weeks of arduous negotiations between Congress and the White House, the already-tenuous economic recovery just became more tenuous. It’s likely a misnomer even to call it a recovery: going from 15% unemployment to 11% may look like a sharp improvement until you recognize that at no point during the Great Recession of 2008-2009 did the unemployment rate reach what it is now.

With the pandemic surging across the South and West, the situation has deteriorated since the early summer, and employment numbers don’t reflect the 30% of Americans who missed rent payments in June, or the vast numbers of rent abatements and deferrals for businesses across the nation. Other than booming tech companies catering to stay at home realities and odd pockets of increased demand such as bicycle makers and RV sales, the U.S. economy remains in dire shape. The question is – or should be – not whether government needs to spend oodles more—it does—but how it should spend more, much more. For now, the federal government is barely up to the tactical response of spending. But to prevent a multi-year recession/depression, it needs a strategy, and it doesn’t have one.

One would think that the federal response would be another round of what we saw in April, augmented by what we have learned since. The fact that even the Republicans are contemplating another $1 trillion bill (larger than the one substantial bill passed during the Great Recession) on top of the nearly $3 trillion in April is testament to the fact that this time, it is actually different. But while the numbers are there, the urgency isn’t, and the numbers may not be big enough. The Democrat-led House proposed a $3.5 trillion bill which addressed the painful shortfall of state budgets, but even it did not tackle the greatest challenge right now: how to encourage economic activity even in the midst of a pandemic.

The challenge now is that the U.S. economy is in a purgatory, neither truly open nor firmly closed. That ambiguity, along with the continued heated partisan attitudes towards “opening” and “closing,” seems to have hobbled Congress and the White House. Yet this hybrid reality of neither shut down nor opened up will almost certainly last for much of the remainder of the year and probably into 2021, too. It requires just as much aggressive government aid, but now tailored to the realities of an uncontained virus, millions of businesses attempting to function or not allowed to, and hundreds of millions of people trying to live some version of life.

The Senate Republicans have proposed reducing the enhanced $600 a week unemployment benefits to $200 and the White House via Treasury Secretary Mnuchin has floated a formula for guaranteeing wage replacement up to 70%. Those figures will almost certainly go back up, but the fact that cutting this emergency aid was even proposed is deeply flawed. Yes, some people have been receiving more in unemployment than they would working, and there surely are cases of companies unable to hire cheaper labor, but no one can seriously argue that the primary challenge for businesses just now is finding workers willing to work for lower wages. The challenge is finding customers who are willing to spend, and consumers tend to spend less and save more when they are anxious about the future, which is precisely what has been happening. The U.S. savings rate was 32% in April and 23% in May, is higher by a factor of 2x than it’s ever been since data was first collected in 1959.

You can pay people not to work, but you can’t pay them to spend, which is why the new proposals of direct checks may alleviate some worries but will not on their own jumpstart the economy. European government did a stellar job of guaranteeing income and employment but they have been unable to spur a resumption of much economic activity, hence the recent agreement to spend another trillion dollars. It won’t be enough there, and it won’t be enough here.

What’s needed now is a stark recognition that as long as the virus is uncontained globally, there will be no real recovery. In the United States, as long as state governments lurch between partly open and partly closed, businesses will teeter and people on the whole will save more and spend less, which will only slow the recovery and compound problems. As long as businesses are worried about the spread of the virus in the workplace, there will be no resumption of office work en masse. Zoom is great for many companies, but it cannot fully replace the economic activity that working in offices created, from the businesses that supported businesses to the service industries that catered to those working and commuting.

What’s needed is not just large stimulus but smart stimulus. That means supporting incomes, maintaining jobs and bolstering state budgets until tax revenue recovers, which will only happen when activity resumes, which can only happen if the virus is controlled. That then necessitates money for enhanced testing and money for school openings. And the final piece is money not just to address the immediate crisis but funds that can only be used for longer-term investment. That could mean not just the short-terms loans to businesses meant to keep them afloat but longer term loans earmarked for long-term growth. Biden recently proposed a massive “Buy America” program; Trump has long advocated reshoring. It would seem a perfect opportunity for all sides to support a multi-trillion plan to boost American businesses for the long term.

In short, a cobbled together next round of spending is necessary but not sufficient. That is a tactic. The country also needs a strategy. It needs emergency government spending; it also needs a vision for the next few years and not just the next few months.

Long-term aggressive investing combined with short-term money may not make us safe from the virus but it could assure businesses and companies that the future is not so uncertain that they need to save and save. Only if people can see their way to a more stable future will they do more than escapist splurging and episodic spending, and without more sustained activity, without people and businesses putting money in motion, all the government spending in the world will be insufficient. Washington seems to have accepted the need to spend; it does not seem to have yet figured out how to spend. It’s not too late, but that clock is ticking. 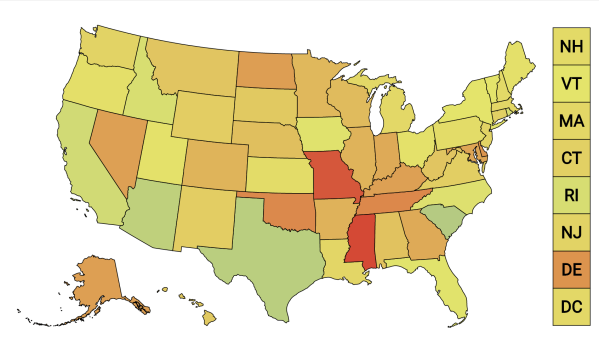