A Safety Net Should Help People Feel Safe. The U.S. Managed to Do the Opposite

A boarded-up storefront in Las Vegas, in May, where the jobless rate is estimated at 25%
Sean Murray
Ideas
By Zachary Karabell
Karabell is an author, investor, and commentator. His latest book is Inside Money: Brown Brothers Harriman and the American Way of Power.

An additional 2.98 million people filed for unemployment in the beginning of May, bringing the total lost jobs to at least 36 million by official tallies, and likely significantly more once discouraged and gig workers are factored in. Until this March, the most unemployment claims ever filed in one week was fewer than 700,000.

The primary reason for this massive surge in unemployment is of course the pandemic and the economic shutdowns to contain it. But government policy is also to blame.

The virus has exposed the shambles of how the U.S. has structured its safety nets since the Great Depression. It is a system that barely works in stable times but which in a crisis creates incentives for companies to fire people even if they intend to rehire them several months later. We have managed, in a few short weeks, to design the worst of all possible worlds: a massive aid package (the $2 trillion CARES Act) that incentivizes unemployment (despite the loans that came too late to keep some workers on payroll), pays people more than they would if they stayed employed (thanks to extra money for un-employment benefits) and makes everyone from large companies to gig workers more insecure about the future. The goal of a safety net is to help people feel … safe. Ours doesn’t.

People are deeply apprehensive. Part of that is unequivocal fear of the virus. No amount of government spending could alleviate that quickly. Economic anxiety is another matter. The contrast with the E.U. and Asia is striking. In many of those nations, governments have guaranteed the majority of worker payrolls and salaries. As a result, most companies have had no need or incentive to fire workers en masse, at least not immediately, and they’ll be able to restart operations faster.

Compare the situation in the U.S. Say you had a restaurant business with several outlets and a hundred employees in March that was modestly profitable prepandemic. Faced with months of no revenue, you could pay your workers and rent perhaps for a month before cash ran out. The CARES Act wasn’t passed until the end of March, about a week after the start of the shutdowns, but those funds didn’t start flowing till a few weeks later. But you knew that regular unemployment benefits would come quickly and would at least provide your workers with basic income. So you furlough them, allowing them to maintain health insurance, or you fire them outright. And then, when that extra $600 kicks in, and you know those payments will last until at least the end of July, it makes no sense to rehire them right now.

Then take a megacompany like Disney, which furloughed tens of thousands of employees. The Federal Reserve lending program for companies doesn’t help you because you are too big, and you’ve closed theme parks with no reopening date. So you do the same as that small business. And for medium-size companies, the Fed’s lending program doesn’t have a launch date yet, so given the urgent need to conserve cash, you too furlough or fire. And that’s in large part why we have 36 million filing for unemployment.

While some of the unemployed will do as well with the government benefits as they would have with a job, we know that getting fired can be traumatic and being unemployed is a recipe for insecurity and caution. Added to that is the uncertainty about costs of health care. The instinct is to save and conserve and cut back to essentials, which is individually rational but collectively disastrous for the economy.

We can’t undo what’s been done. But we can improve in the future. With warnings of a second wave in the fall, planning for a next round of shutdowns is essential, as is restructuring government aid programs going forward. Some hiring will return in the coming months, and to ensure that those jobs don’t once again get eliminated precipitously, government at both the federal and state levels needs to be ready to open the spigot quickly and directly so that companies have neither the incentive nor the need to fire employees. Having a streamlined process of turning on emergency relief the moment it is needed, with clear and simple rules that all businesses and workers understand in advance, is essential–and possible if there is the political will to do things differently. 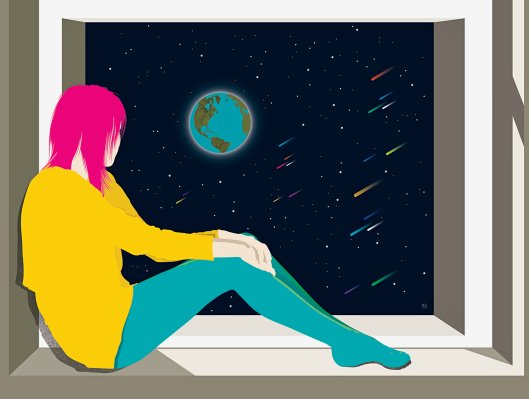 It's Hard to Picture a Future After the Pandemic. But Together We'll Help Shape It
Next Up: Editor's Pick